FAQ: US vs Euro differences in electrical wiring / system and fuse boxes

FAQ: US vs Euro differences in electrical wiring / system and fuse boxes

This FAQ covers "How do the electrical systems in US and Euro E28s differ?"

FAQ: How do the fuse boxes in US and Euro E28s differ?

There are two different fuse boxes for E28s: 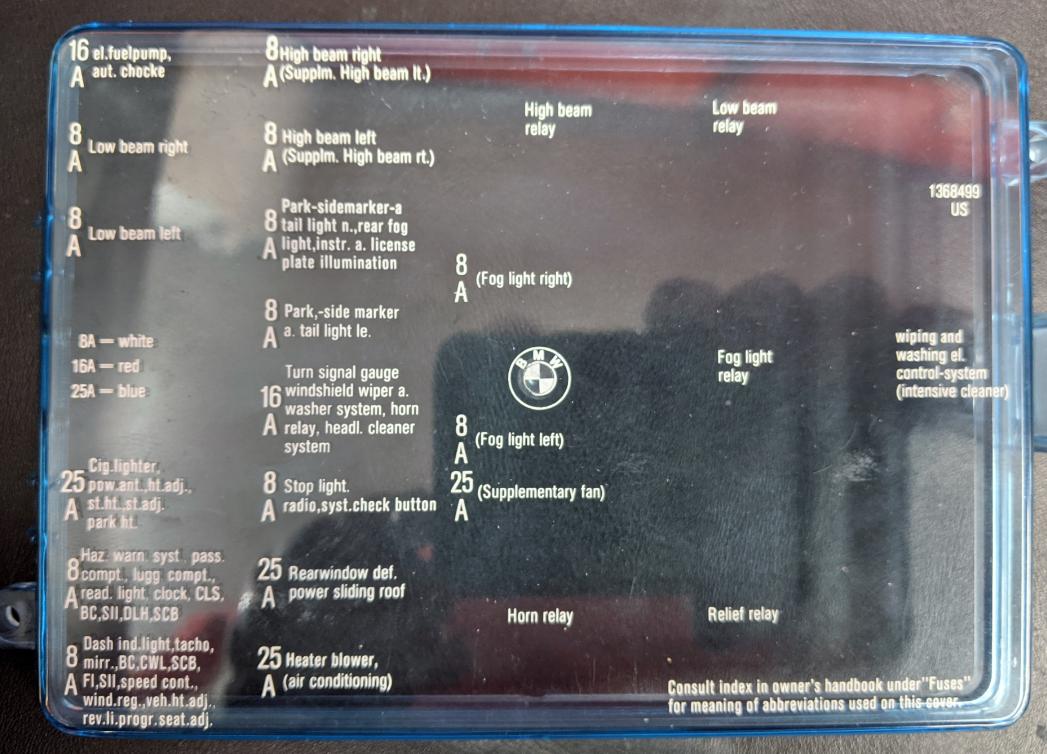 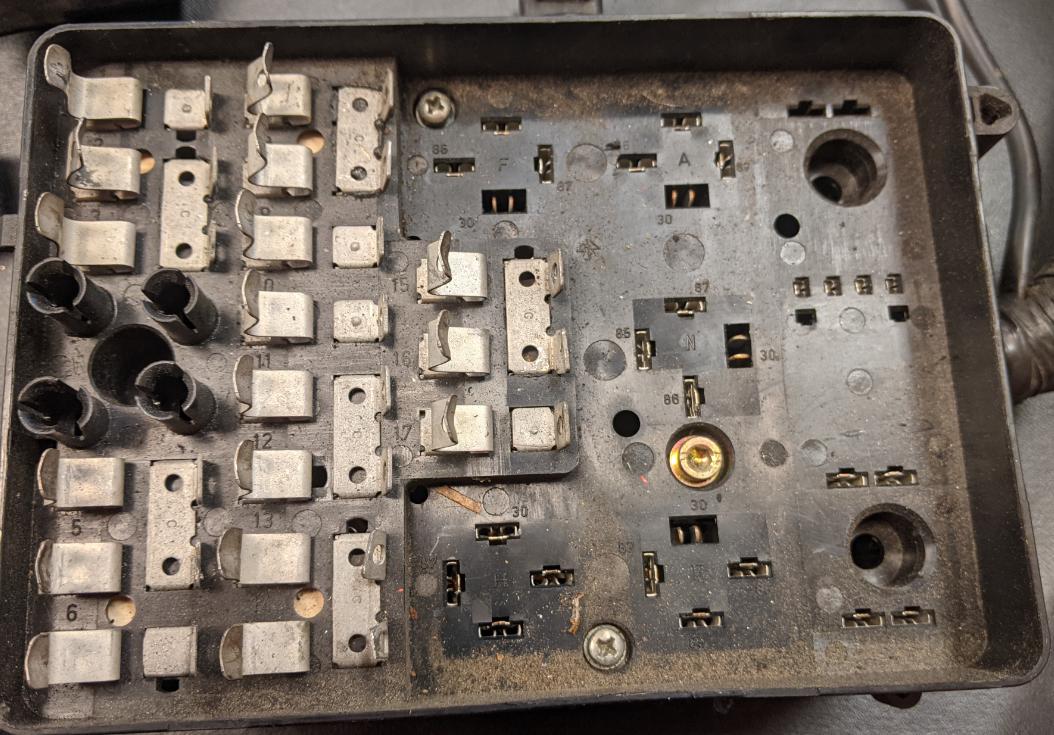 US Backside, unmolested, all wires: 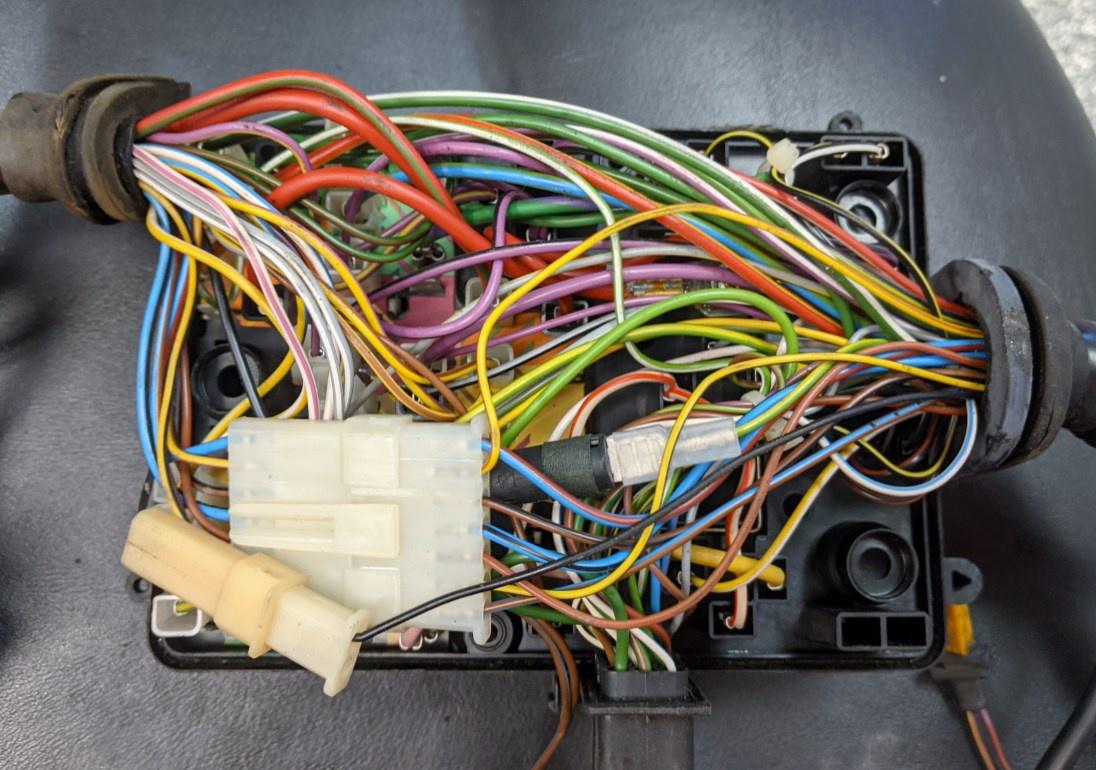 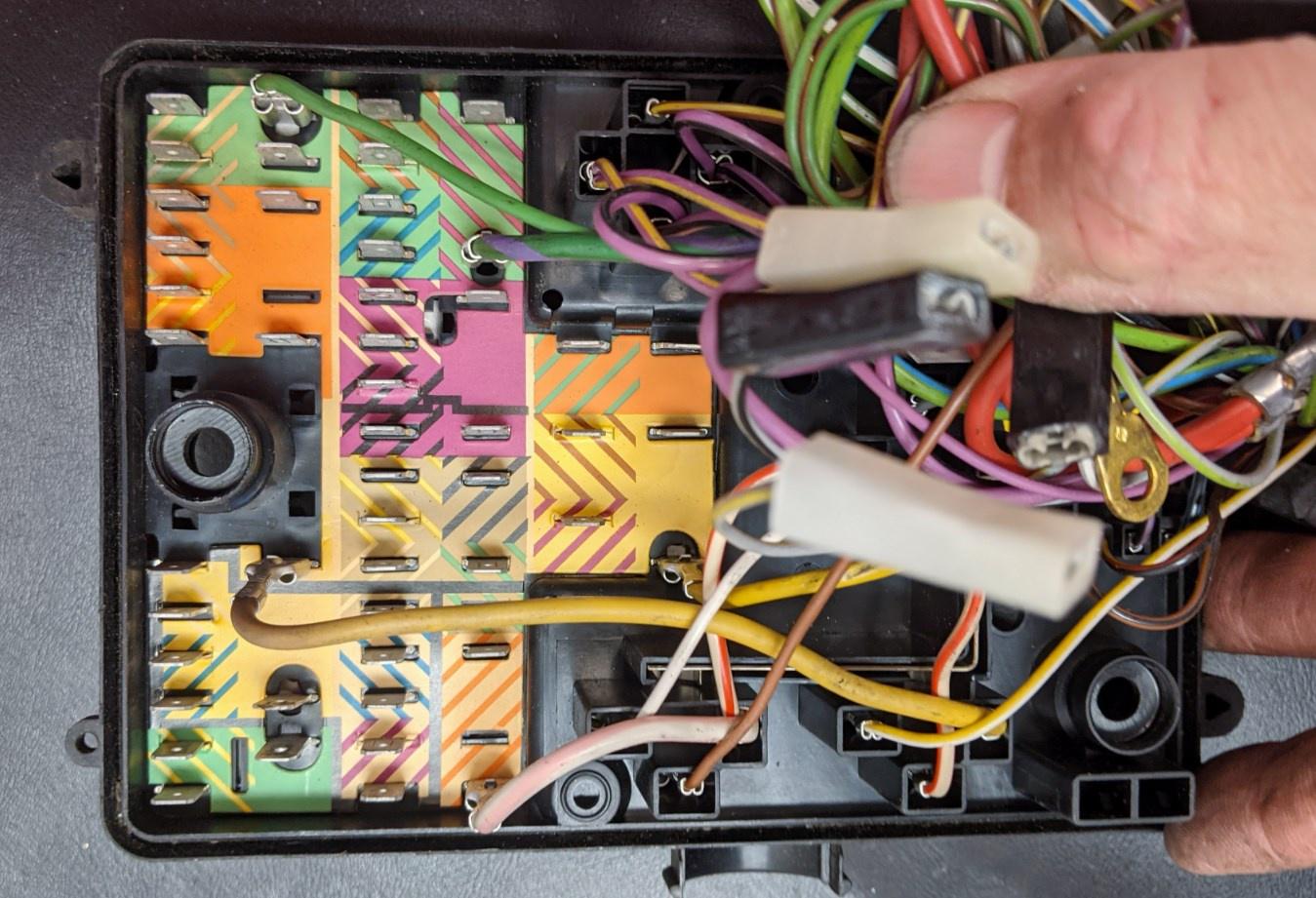 Fuse 7 & 8 are fed by a WH/VI lead from the high-beam relay. This lead is built-into the fuse box and goes directly to the spade under fuse 7: 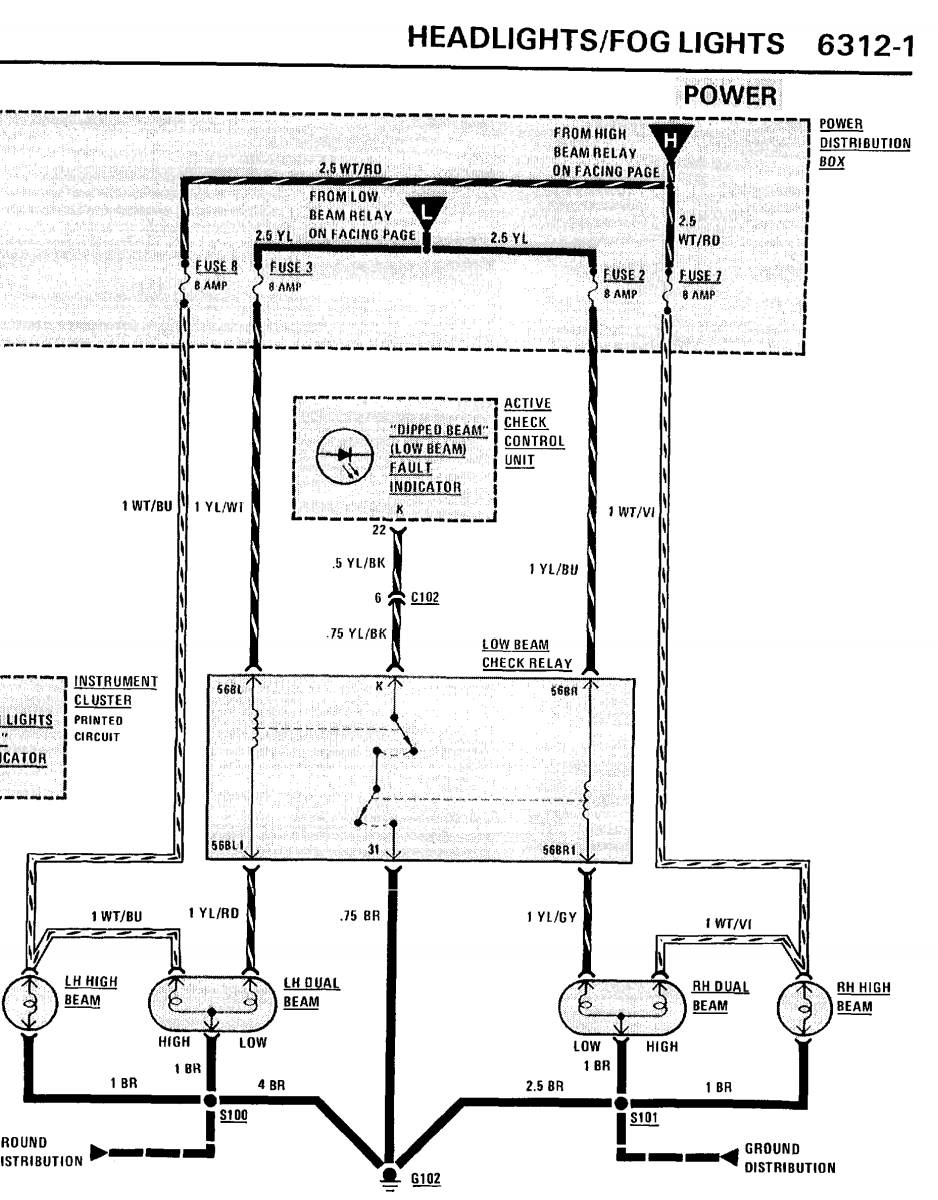 Fuse 7 & 8 input-side are bridged. This is the easiest way to tell whether you have a US or Euro fusebox. 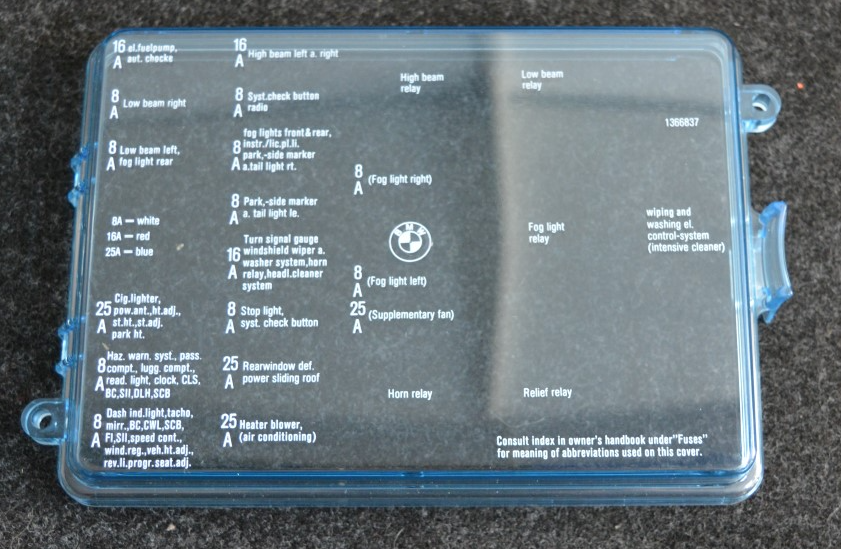 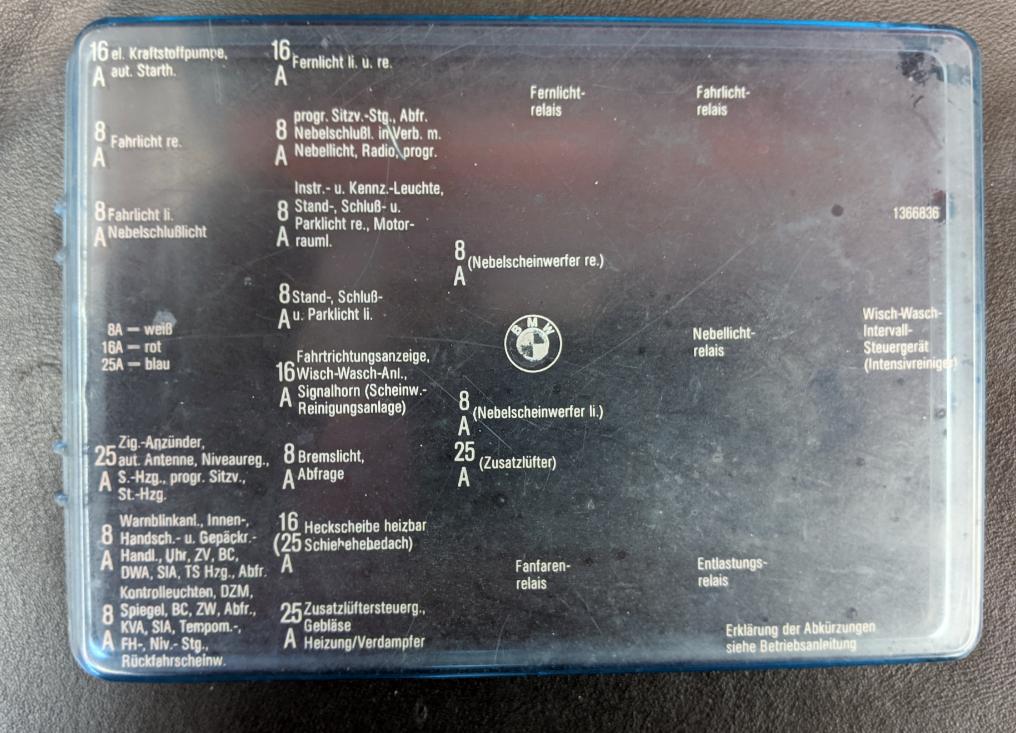 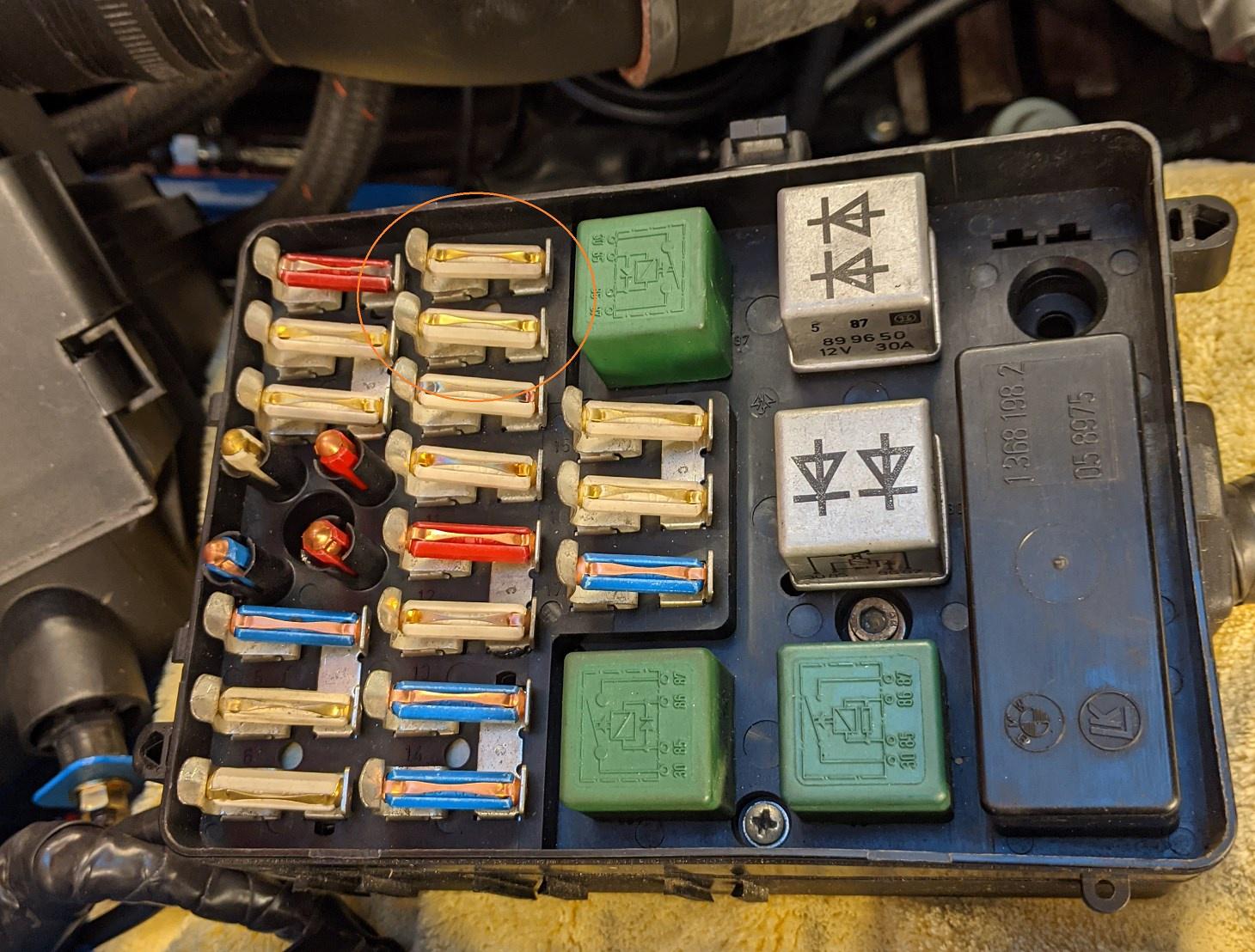 Euro Backside with all wires: 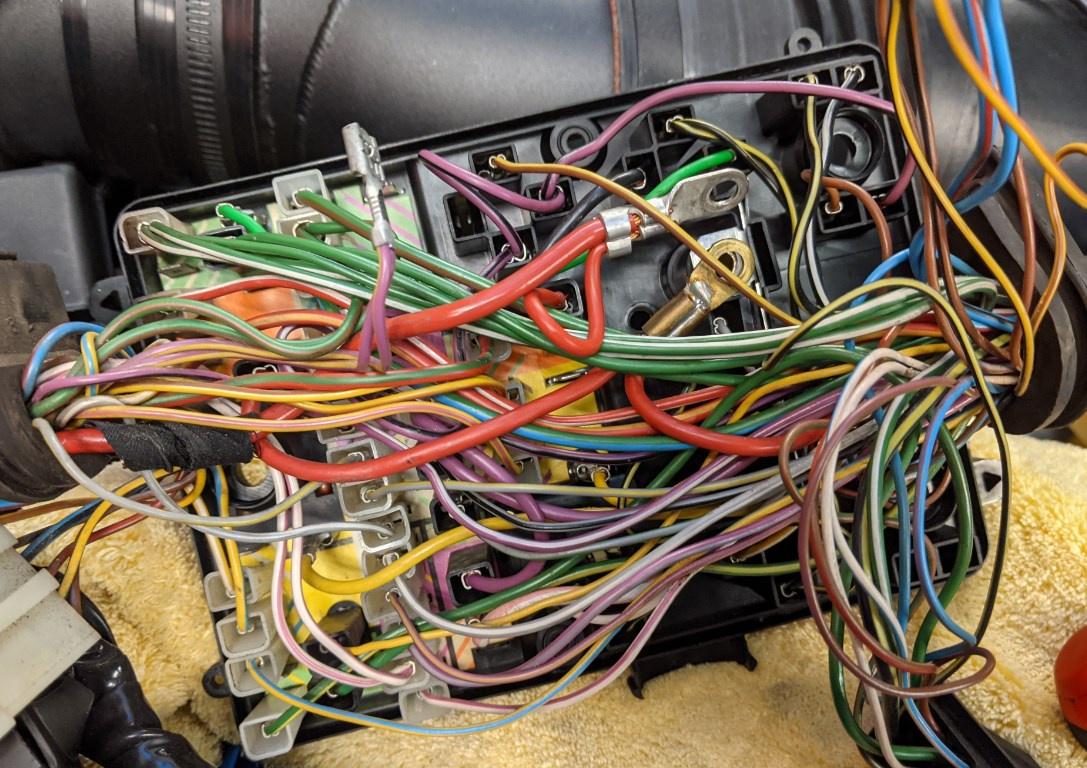 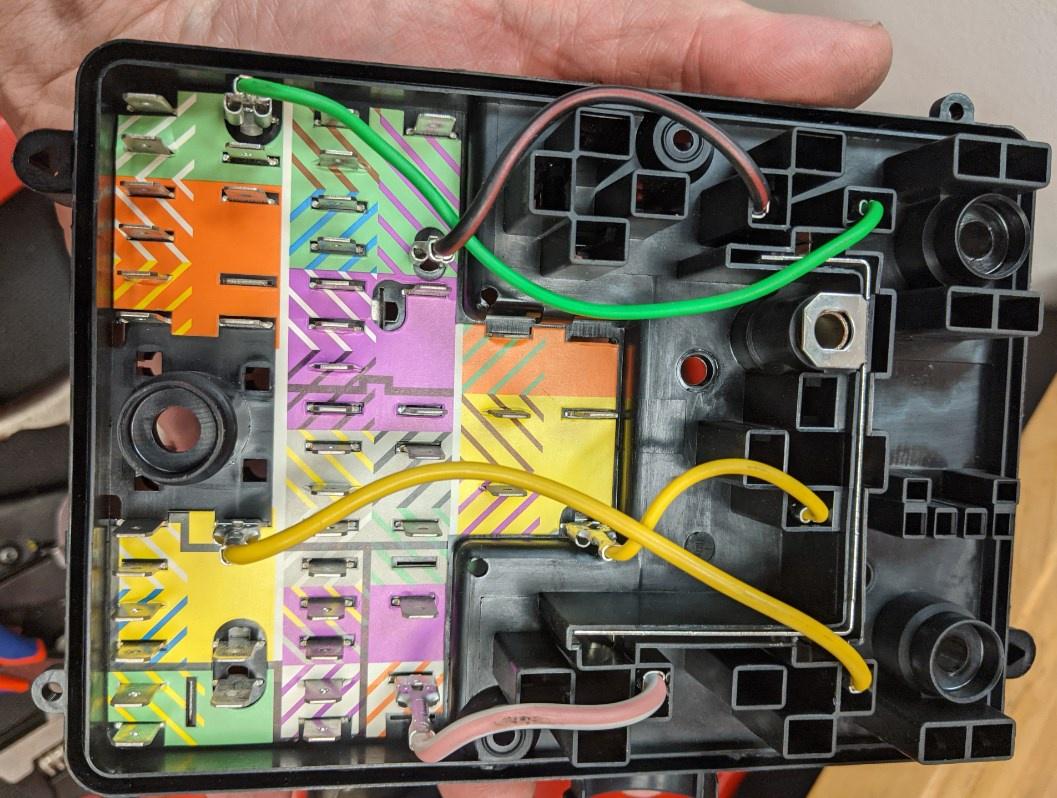 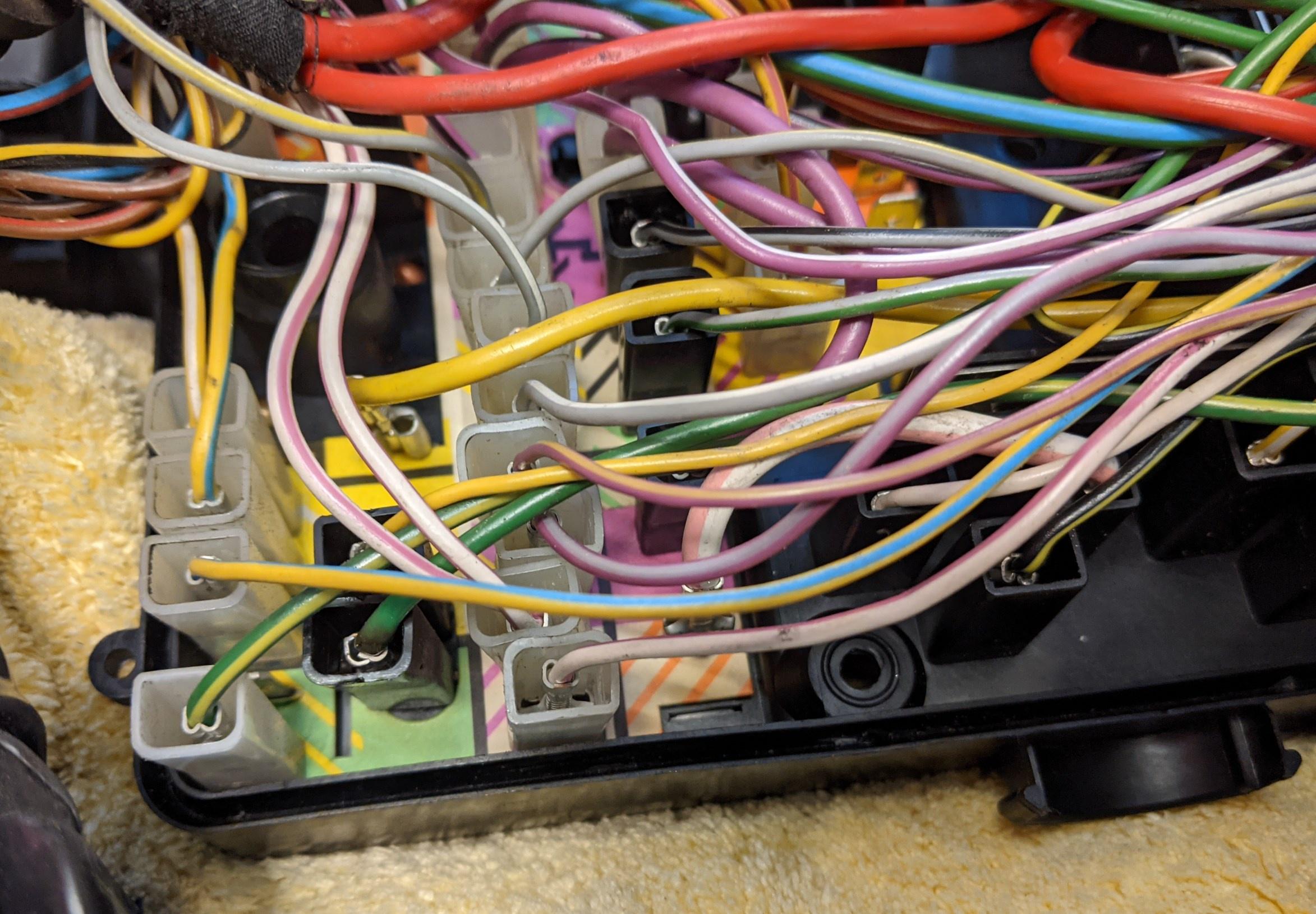 The Euro diagrams show this: 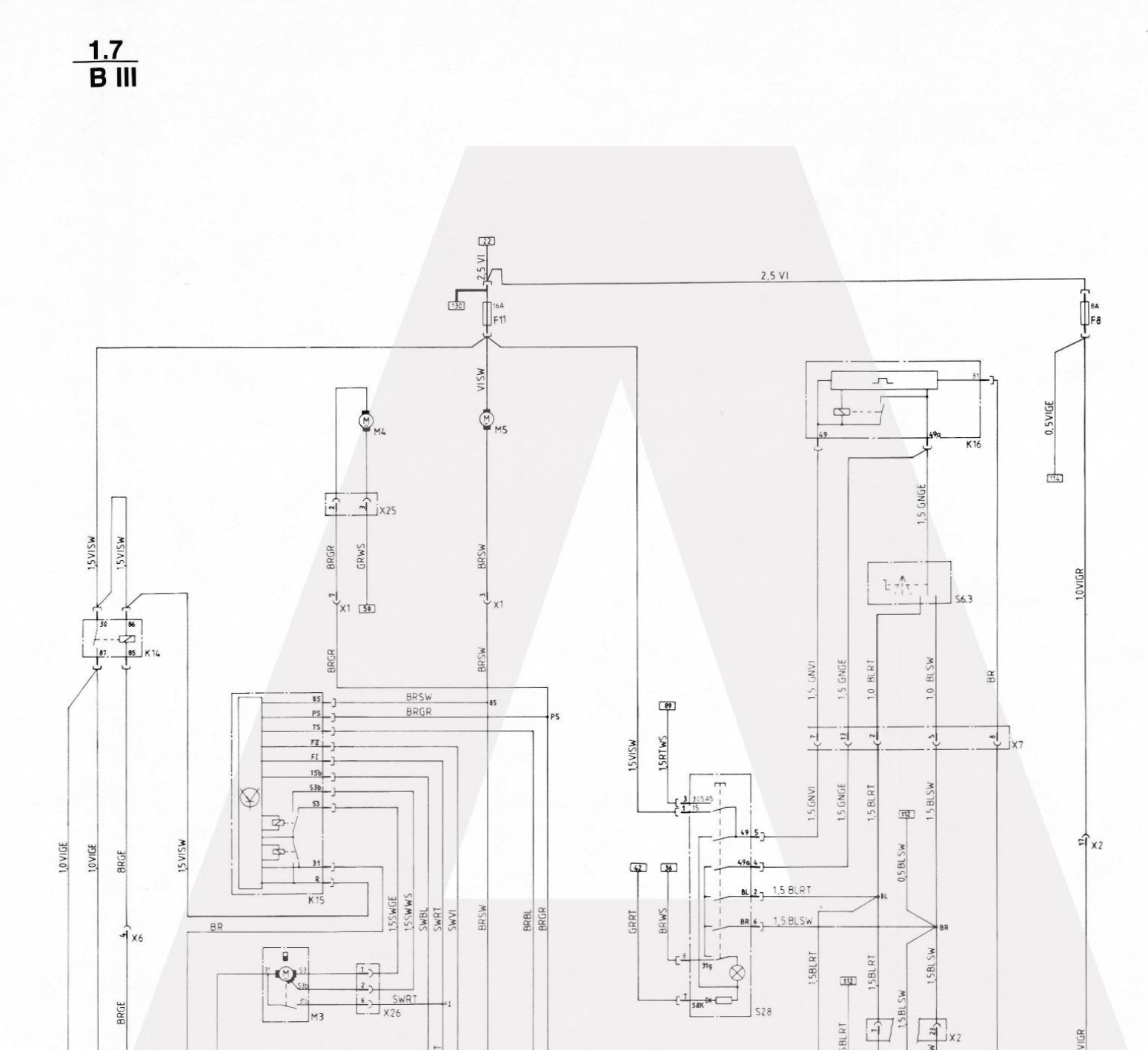 Inside the fuse box, the lead comes out of the harness from the chassis into the fusebox, directly to Fuse 11, where it then jumpers to Fuse 8. 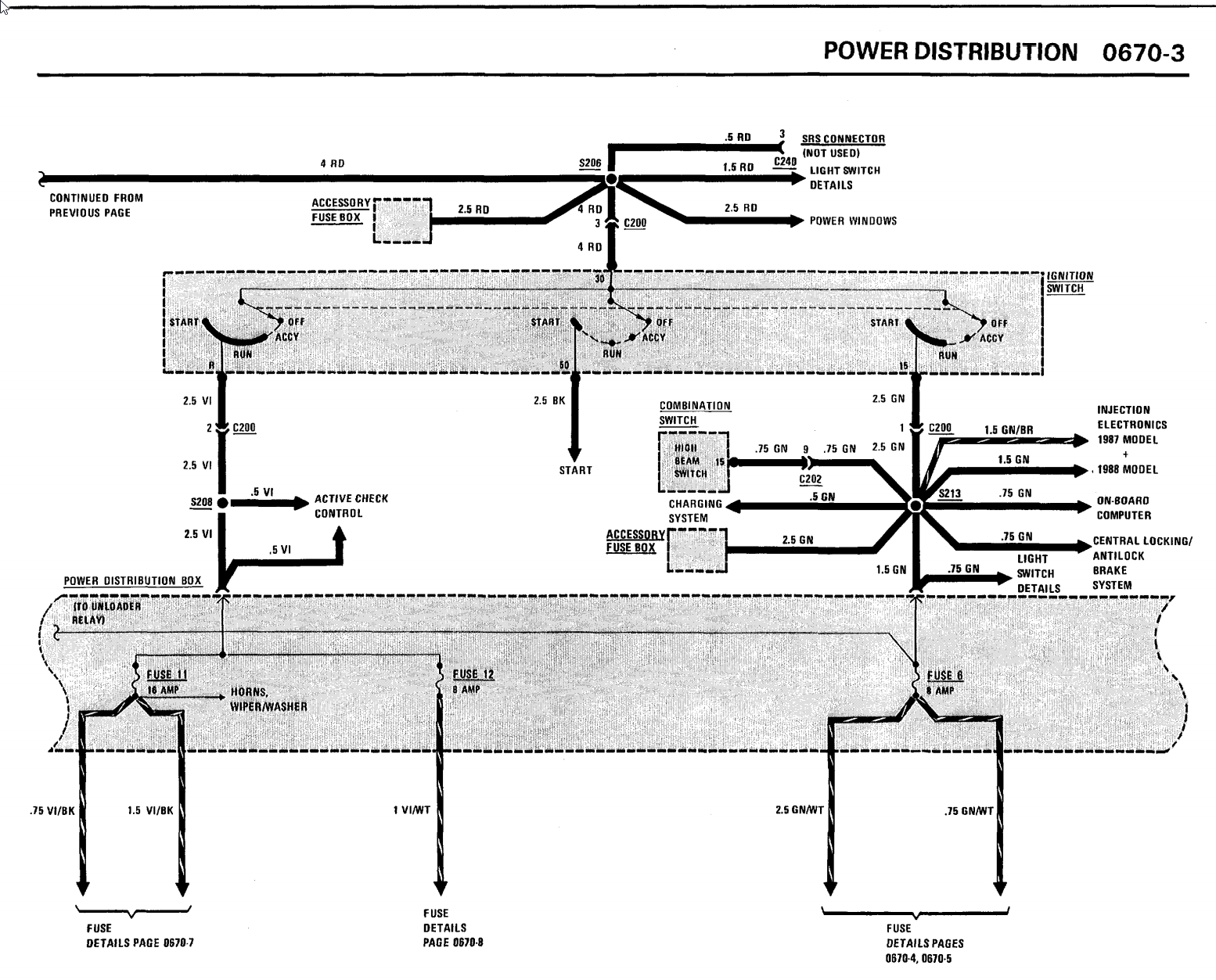 Here's a pic that highlights the differences in the fuse boxes (US on left, Euro on right): 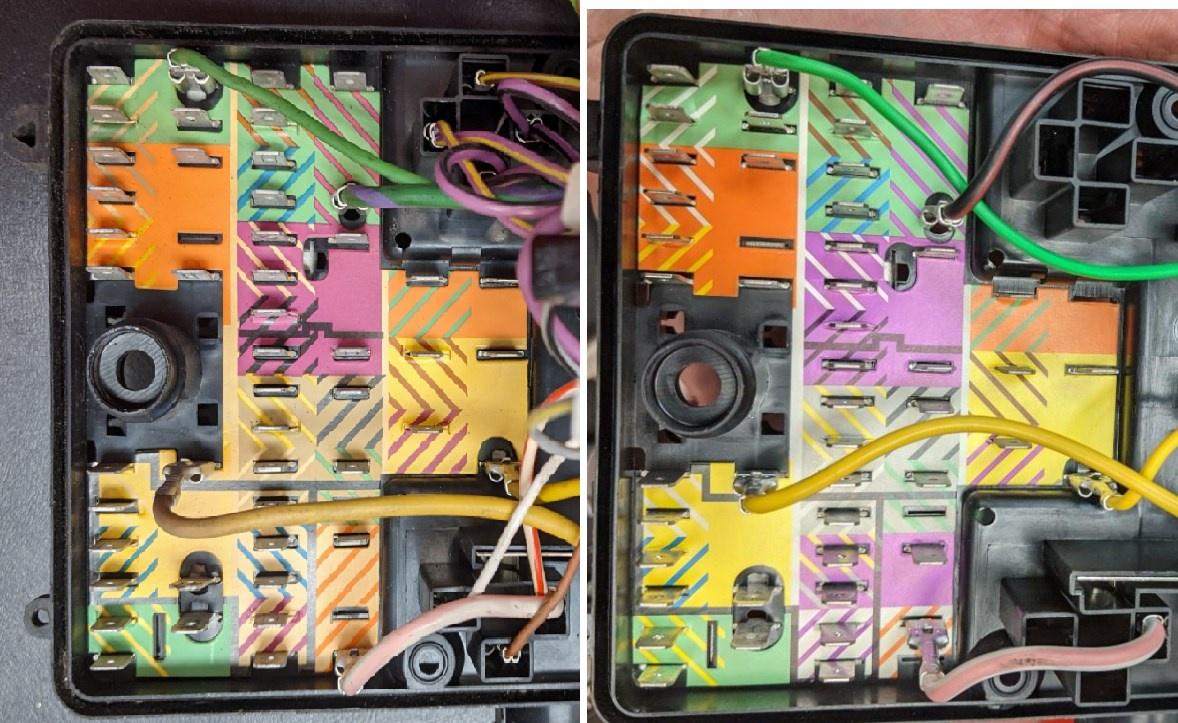 The only structural difference between the two units is: On the US version the input to Fuse 7 & 8 is bridged. On Euro versions the inputs are separate. Thus a European box can be made to work with a US car by simply bridging the inputs to Fuse 7 & 8.

A US box could be made to work on a Euro car by somehow cutting the bridge between fuses 7 & 8.

US: Both Fuse 7 and Fuse 8 gets power from the WH/VI (pink) from the High Beam Relay.

Where things get plugged in is obviously different around Fuse 7 and 8.

All of this is documented here in this Excel spreadsheet:
https://kindel-my.sharepoint.com/:x:/p/ ... Q?e=xSWPOp 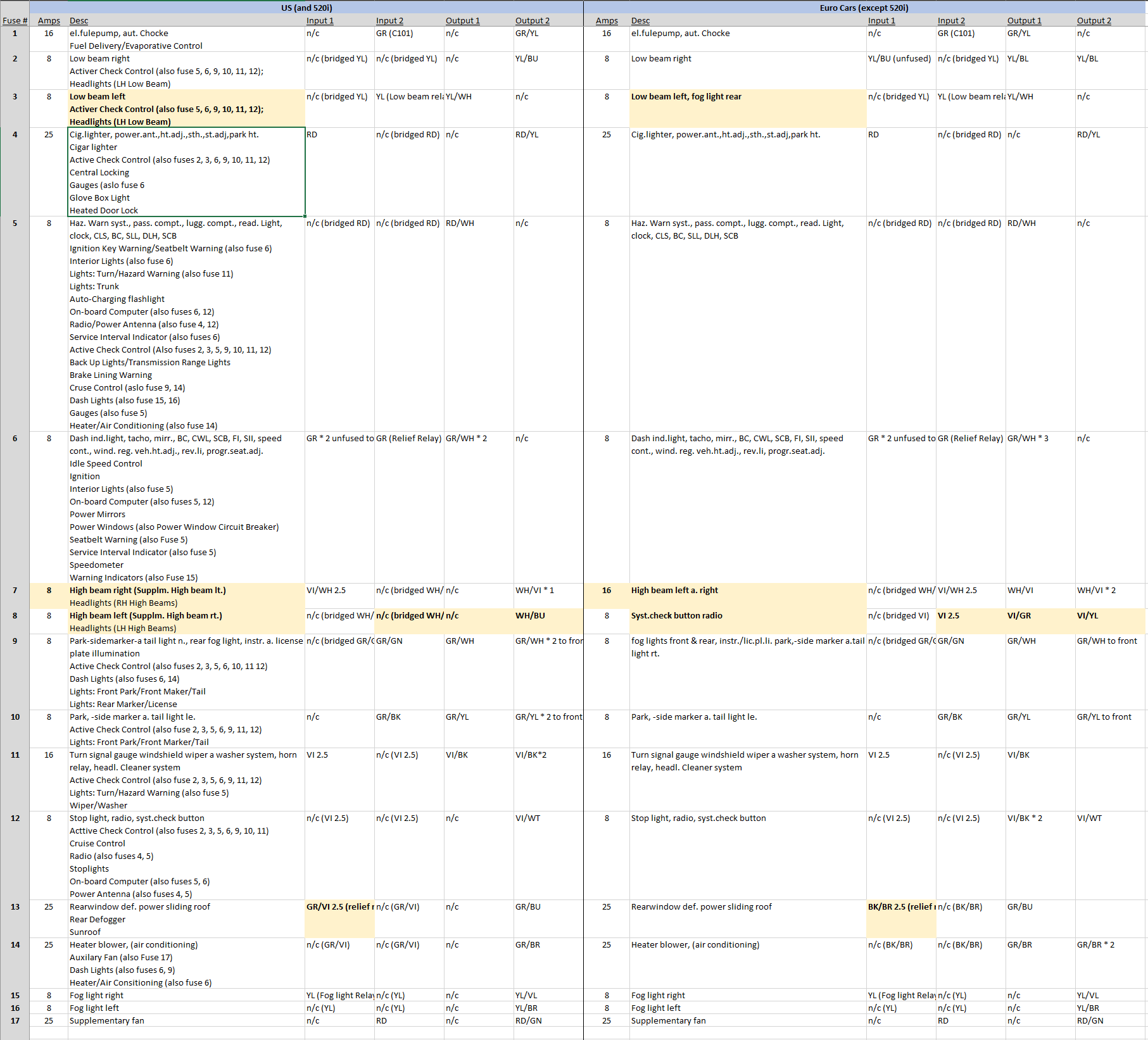 FAQ: How does Fog Light wiring differ between US and Euro E28s?

The wiring to the US car's fog light module at the dash has two wires (YL/WT and GY) (because there's only front fog lights and thus one button): 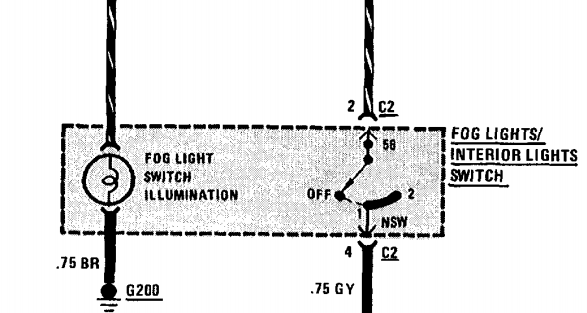 The GY wire goes directly to the input (pin 86) on the Fog Light Relay. YL/WT comes from the light switch (head lights or high-beams on).

The wiring for the US car's fog light module at the dash has four wires. GY/RD & GY for fronts and GY/VI and YL/BU for rears. 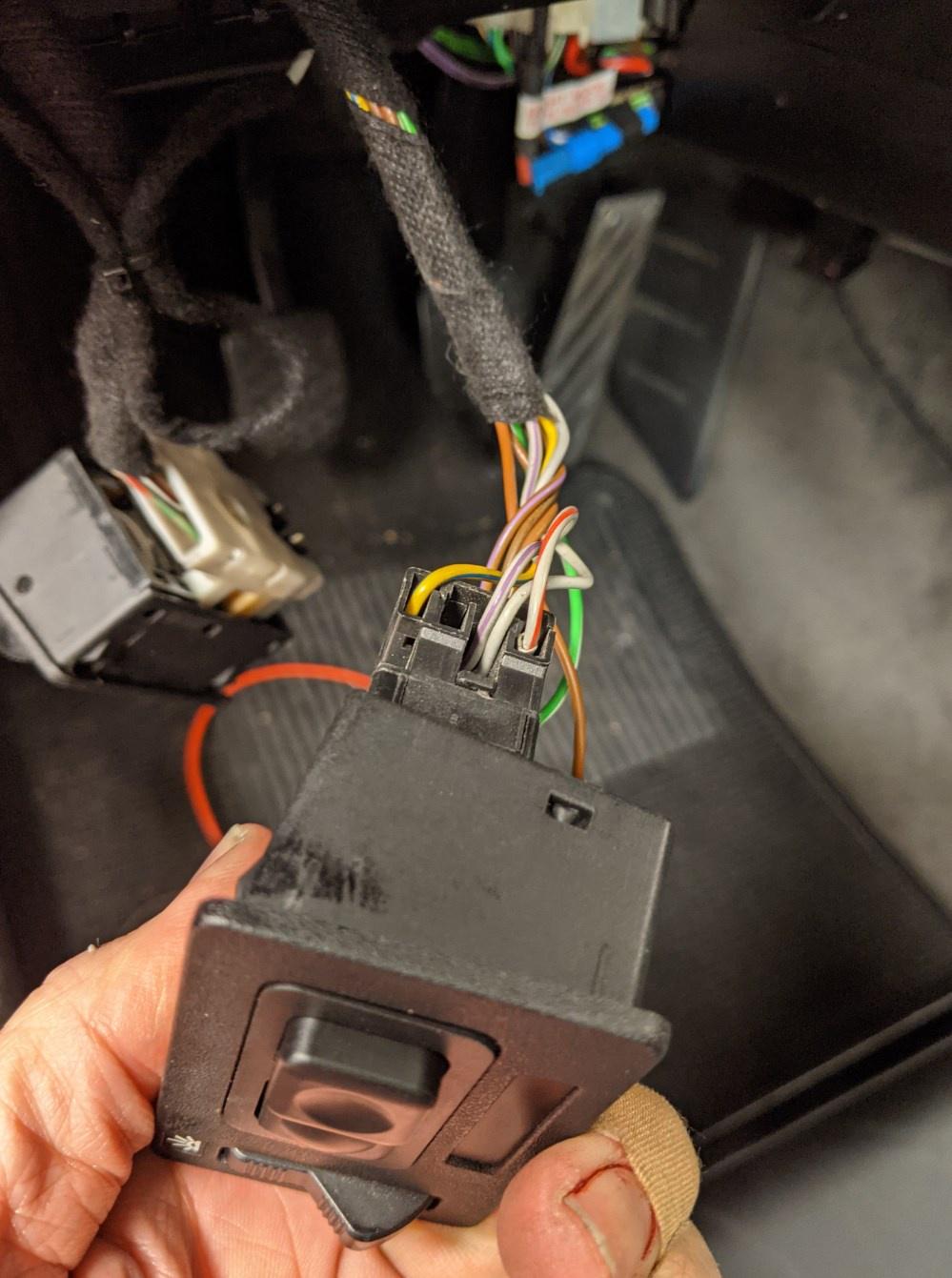 As with the US car the GY wire goes directly to the input (pin 86) on the Fog Light Relay. But on Euro cars the GY/RD comes from just the head lights (so fog lights do not turn on when brights are flashed.

The GY/VI somehow comes off fuse 3 and YL/BU goes to the rear fog lights.

See this thread for retrofitting a rear fog light into a US car: viewtopic.php?t=96009

FAQ: How does Power Window wiring differ between US and Euro E28s?

Re: US vs Euro differences in electrical wiring / system and fuse boxes

The high beam makes sense as US cars had 4 high beam headlights with the dual filament in the low beam and euros had only 2.

Kind of related, what really had me scratching my head for a while one time was helping on a 524td to 535i conversion. C101 plugged in, but the wires went to different places! I thought the fusebox itself was different, but I guess just the wiring including the connector.
Top

Re: FAQ: US vs Euro differences in electrical wiring / system and fuse boxes

So how would that be different when running the full euro harness from the fuse box forward?

Re: FAQ: US vs Euro differences in electrical wiring / system and fuse boxes

BenGerman wrote: ↑Nov 29, 2020 11:18 PM So how would that be different when running the full euro harness from the fuse box forward?

This would make doing the headlight wiring for a Euro conversion way too easy. Assuming you can source a front Euro harness.

Oh yea, the Euro harness doesn't have the wires for the aux fan diode, nor does it have the other 2-pin Molex connector with the black wire that I have no clue about.

See them both here: 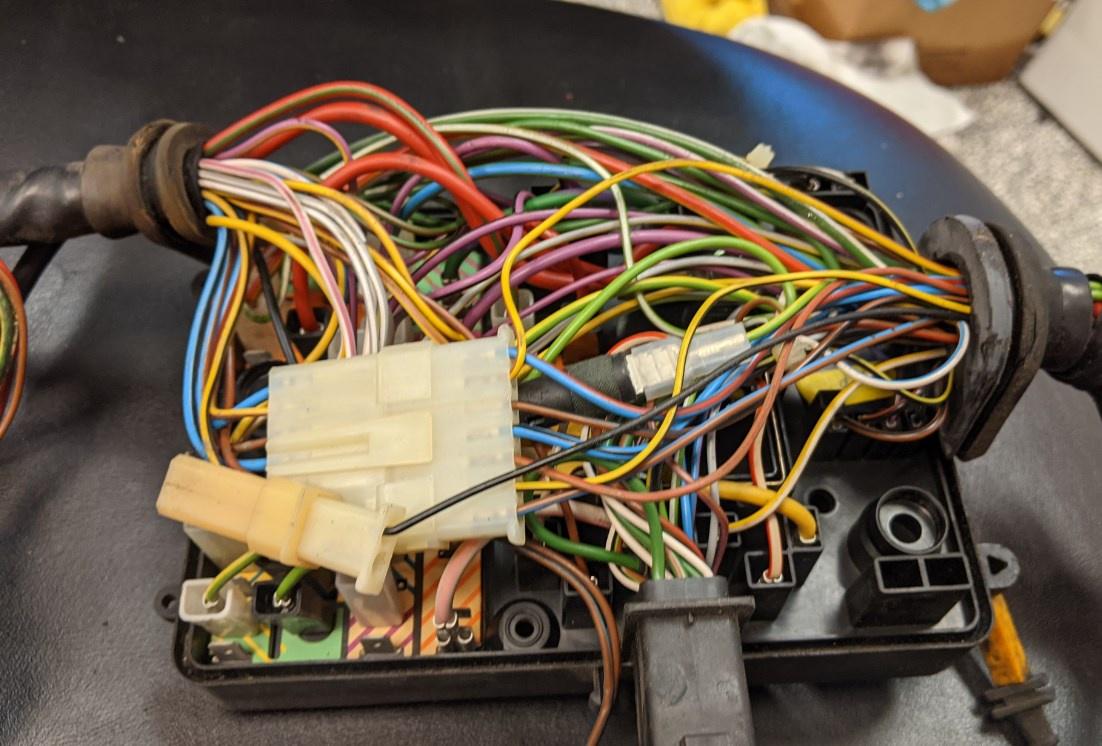