I have a bit of an odd request. I'm retrofitting shoulder harness style seat belts to the rear of my E12 ('75 530i) and am looking for the factory method of mounting the retractor (not the pivot point mount in the middle of the c-pillar, which I've located). I know approximately where the retractors mount, and the location is very likely the same as with E28s given that both cars share the same part number for the inner structure of the c-pillar and rear firewall.

With that said, I basically need a picture of the retractor mounting point itself, which I expect is some sort of nut welded to the c-pillar inner structure. I'm not seeing such a mount on my car, and am just trying to get an idea of the best way to approach welding/reinforcing a mounting point.

This should be the mounting point for the retractor. 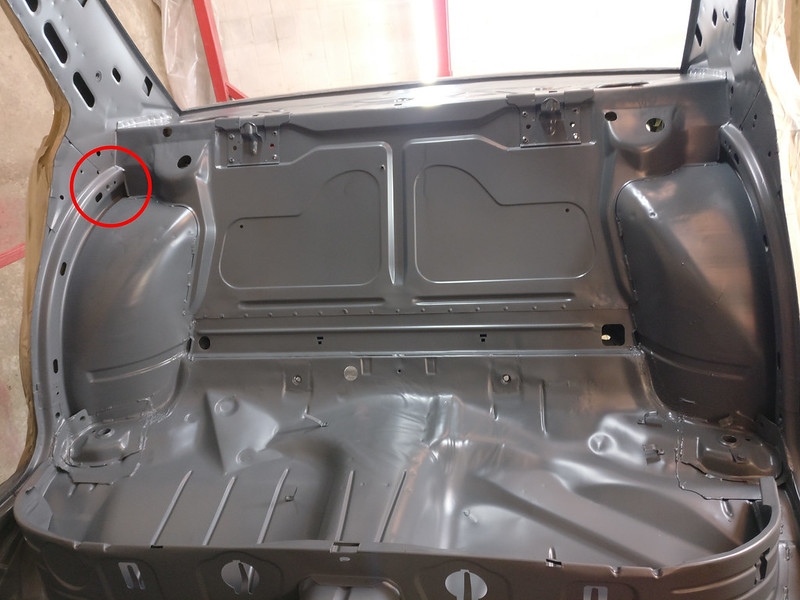 I'll grab you a close-up tomorrow or on the weekend.
Top

Awesome, thanks so much. A closeup would be super helpful.
Top

Would you also be able to take picture of your retractor? There are a ton of part numbers/styles floating around, so just trying to get an idea of what style mounts there. 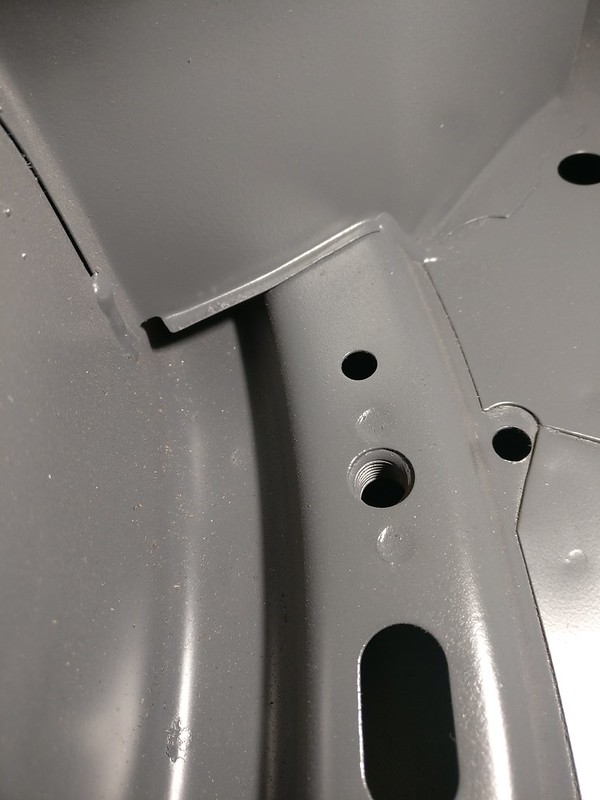 Took a peek from the larger opening, the shape of the nut seems to be like this one: 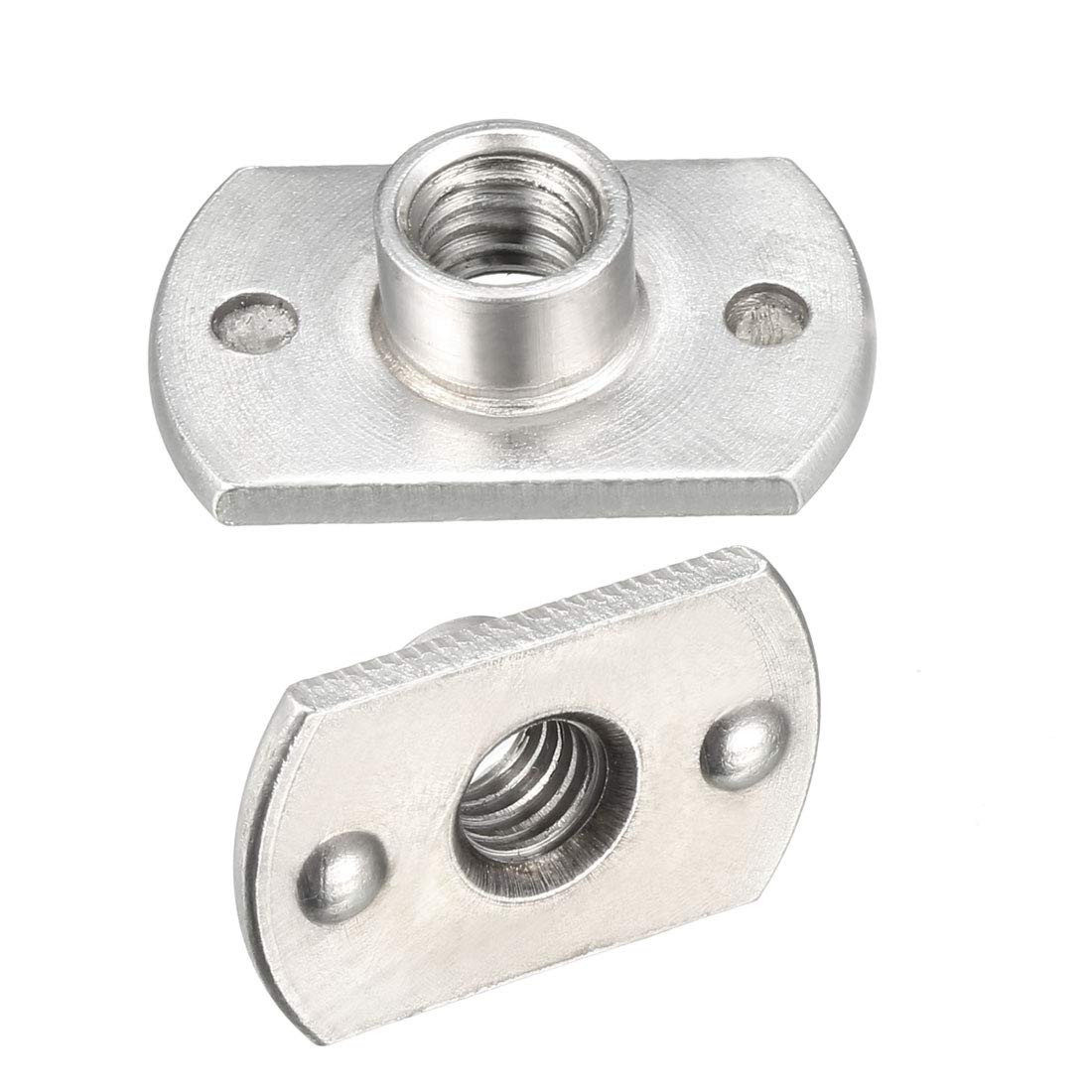 MrZ wrote: ↑Nov 19, 2020 1:38 PM Would you also be able to take picture of your retractor? There are a ton of part numbers/styles floating around, so just trying to get an idea of what style mounts there.

Sure, but that would be tomorrow.
I think the retractor has a pin that mates up with the small hole next to the nut.
Top

I actually have two different set of seat belts. 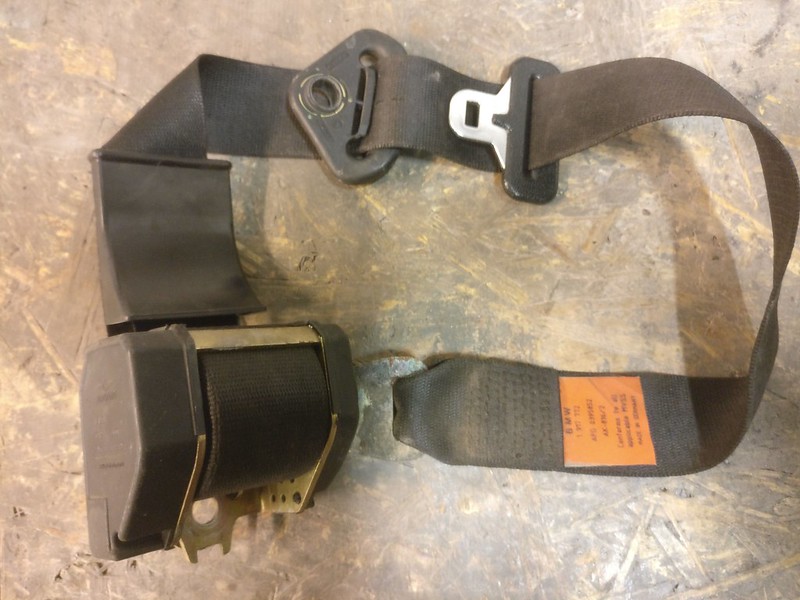 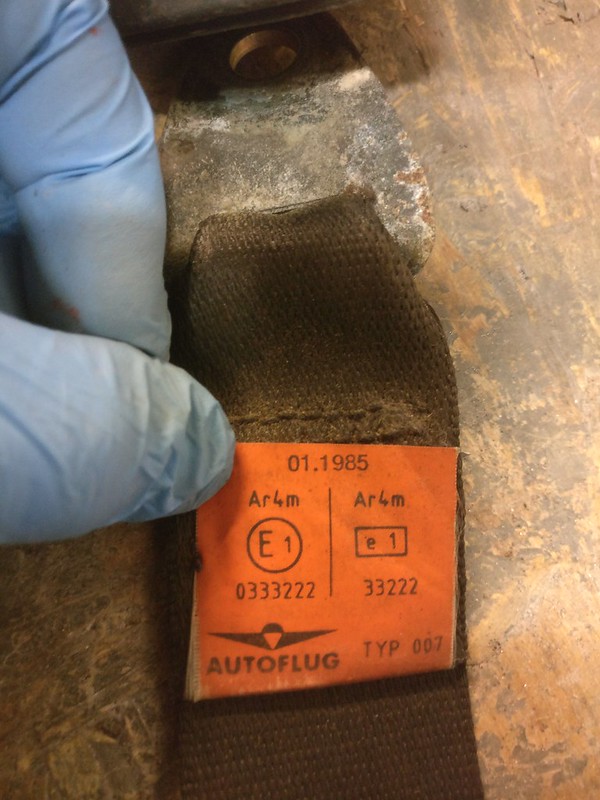 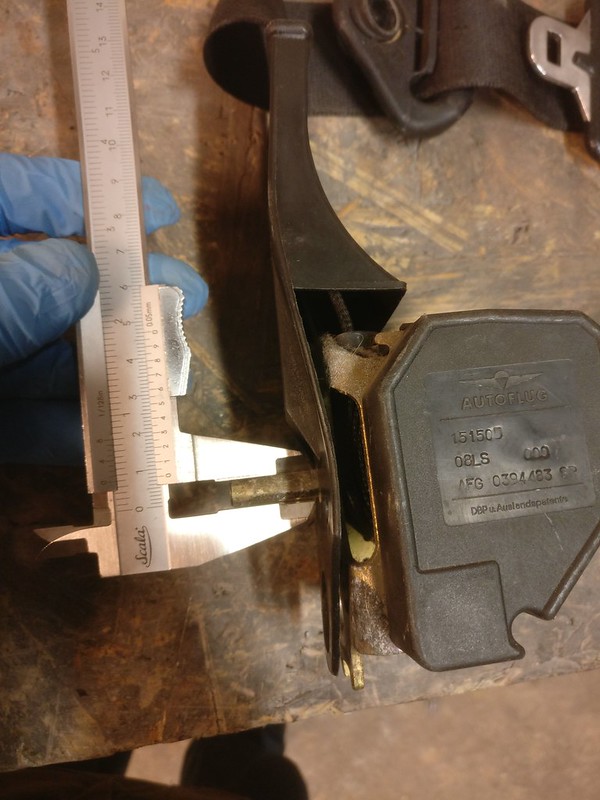 Only a single plastic pin to keep the covers on: 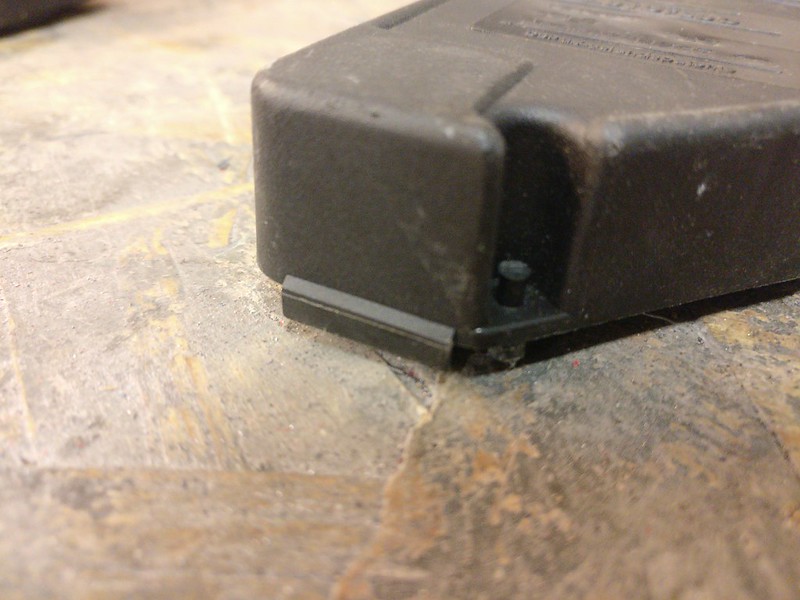 If anyone wonders how the position-dependent lock works... I sure did. 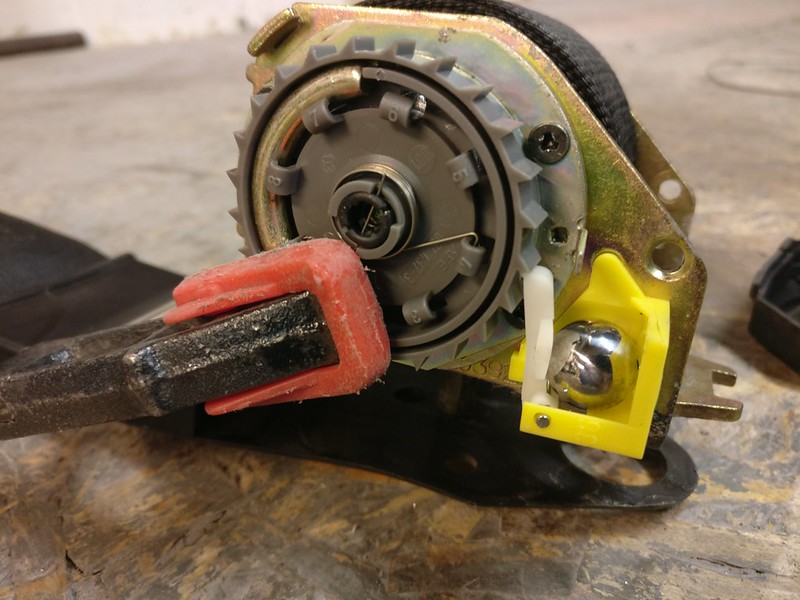 On the other side is the spring. It tries to jump off the moment you lift the cover, thus the clamp. 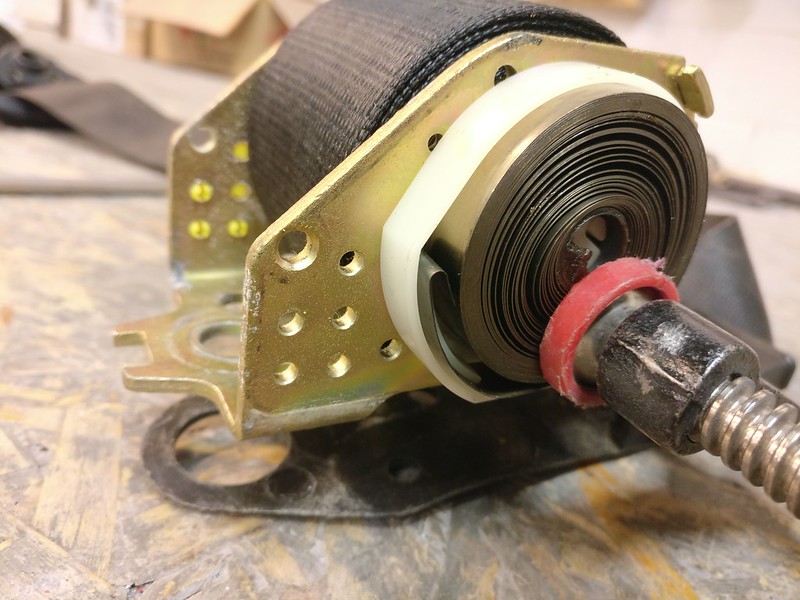 No plastic cover on the top attachment tab 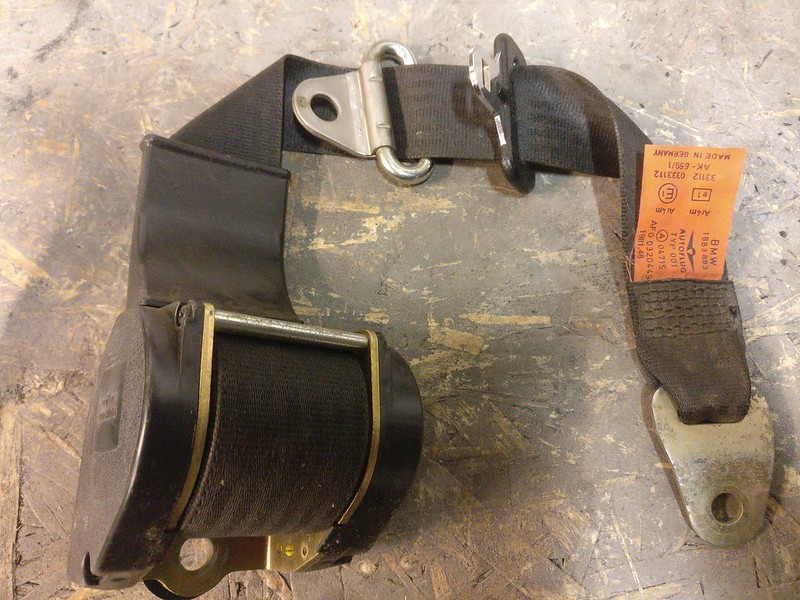 Tri-wing screws on the end caps 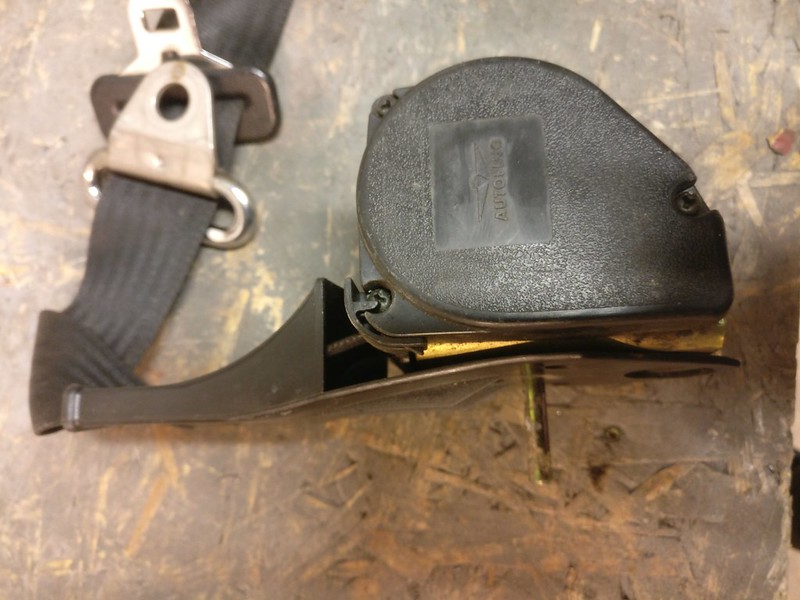 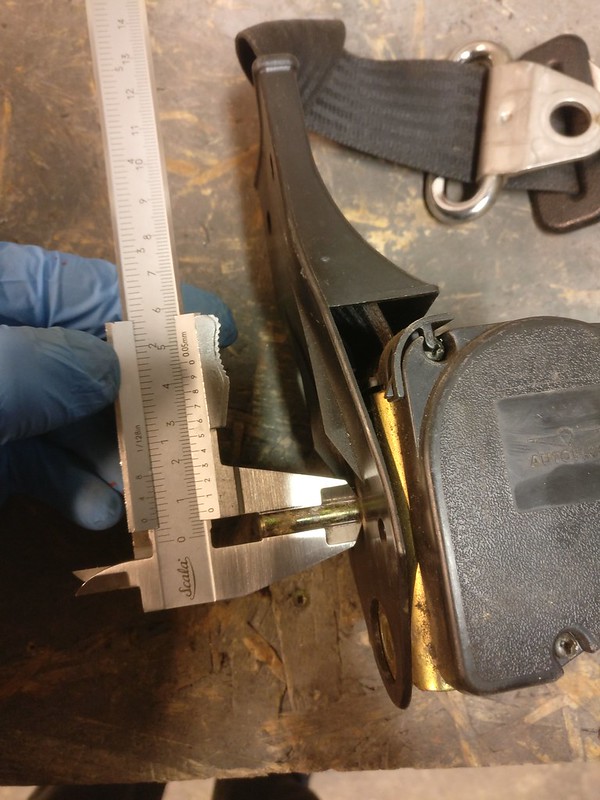 Internals differ a bit too 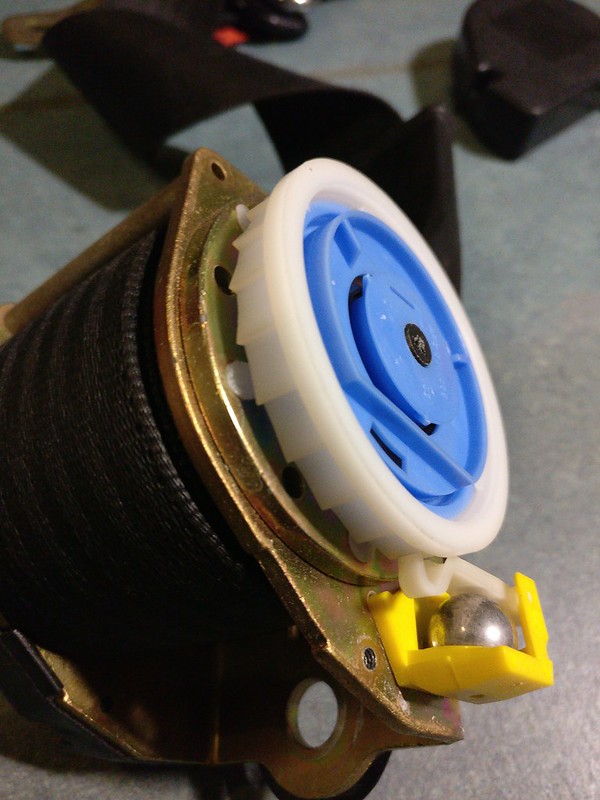 My buddy's 86 have different rear rectractors from these two but I wasn't able to get a good shot without removing the rear seats.

I don't see why you couldn't interchange these two. Unless some chassis have 6mm hole to mate the pin.
NB! The mating hole on the chassis is the one above the nut where there's a cut out in the sheet metal. So on the close-up photo it's to the right from the nut.

Between these two I fancy the older retractor. The end caps seem sturdier and it makes more distinguishable clicking sound when retracting (kinda cool).
Top

So when mounted, how far does the pin actually go into the hole? Seems like not far given the step down from where the mounting nut is.
Top

MrZ wrote: ↑Nov 21, 2020 4:12 PM So when mounted, how far does the pin actually go into the hole? Seems like not far given the step down from where the mounting nut is.

Only a few millimeters. I don't think it has any other purpose than to keep the retractor in the correct position so it wouldn't lock up. But that's just a guess.
Top

Interestingly, the rear firewall is quite a bit more forward on my E12. I think I’ll be able to mount the retractor similarly though. 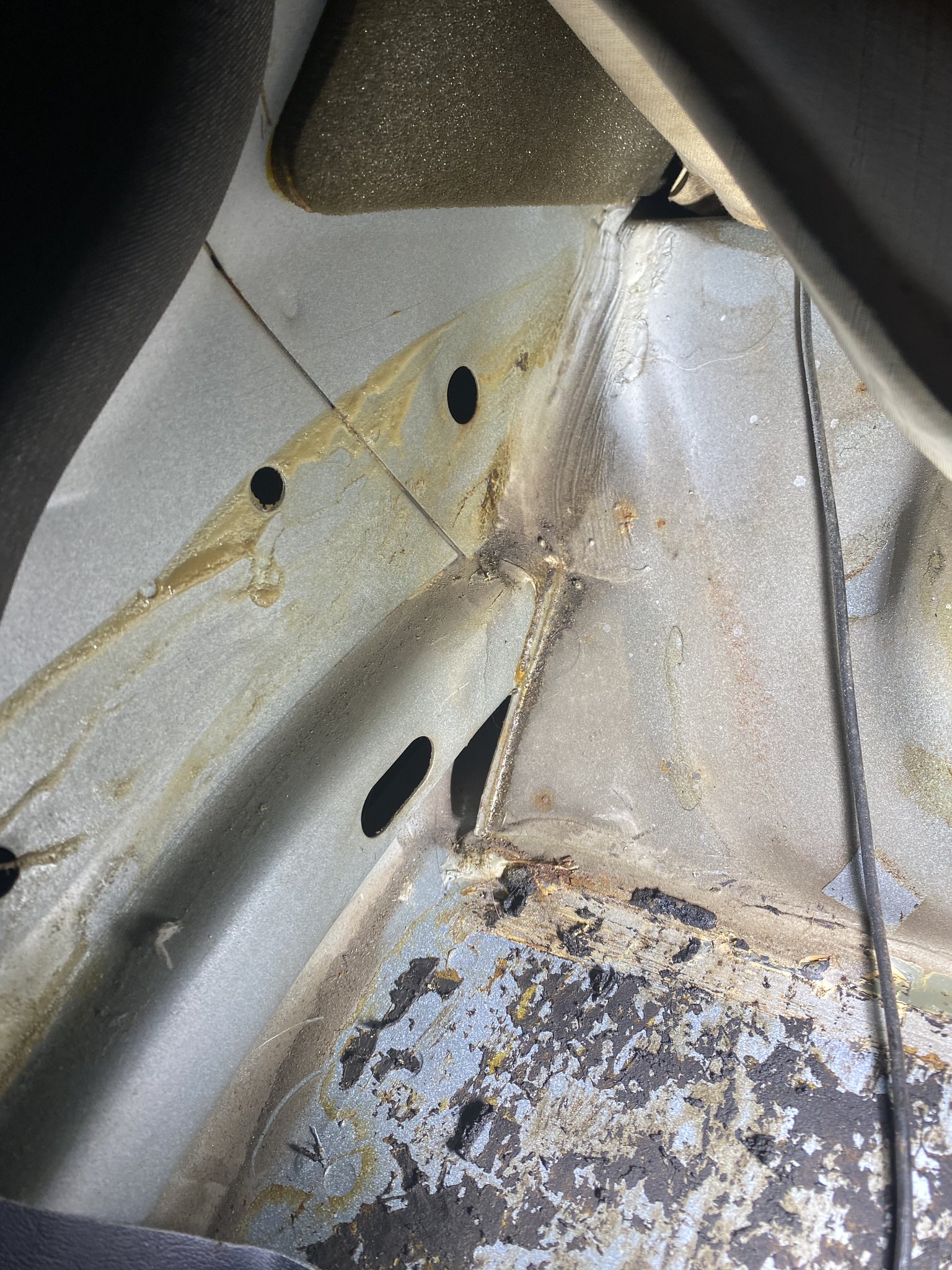