This E28 M5 was made available through a local San Diego county seller who didn’t want to put it on Bring A Trailer (thank god) and literally put it up on Craigslist. I found it and contacted the seller for a meet up. Fantastic car with no accidents and all VIN tags on all body panels are intact. The car has lived in San Diego it’s whole life. There’s a massive stack of service records from day one, original window sticker, including quite a few records from Charlie’s Foreign Car, La Jolla Independent BMW, and Frank Fahey back when they were in business. This is a 2 owner car and while it’s not a low mile unicorn (I bought it with 191,000 miles), it’s received meticulous maintenance and the body is straight as an arrow.

One thing I like about the car is it has higher miles than I would normally want in a collector car - meaning I can just enjoy driving it and taking it on trips through windy Southern California canyon roads. It won't be driven that much, but I won't feel bad driving it on a 150 mile scenic drive.

These photos are before I performed a 12 hour paint correction and paint sealant job, so stay tuned for the results. I am in the process of buying Euro headlights, Euro bumpers, and either a Supersprint or B&B TriFlo exhaust. I’m also buying a brand new set of the OEM BBS 16” wheels. I’m so excited to have this car!

I'm also looking for a low mileage Porsche 964 or 993, so if anyone knows any leads on one let me know. 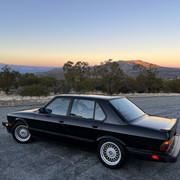 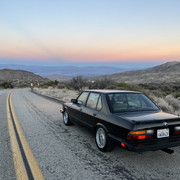 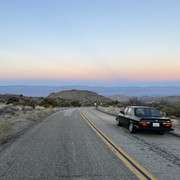 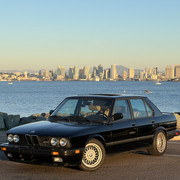 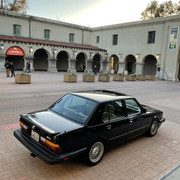 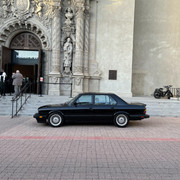 She’s a beaut! Congrats! It was good to see that listed on CL. It must have been nice to be able to deal with someone locally.
Top

FYI There’s a set of correct style 5s listed on CL in Staten Island if you need.
Top

Thanks for the lead! Just contacted the seller. Brand new Style 5s are I believe $2400 right now, so it might be easier to get those with free shipping. "Wheel" see what the seller replies with shipping details.
Top

Fanclutchnut wrote: ↑Jan 12, 2022 5:31 PM She’s a beaut! Congrats! It was good to see that listed on CL. It must have been nice to be able to deal with someone locally.

Thanks! It was great to deal with a local seller and it made the transaction activities far easier.
Top

Congrats on landing an M5! I agree with you on being able to relax and just enjoy driving a higher mileage classic - after all, that's really what its all about. Super nice to find what you were looking for in your San Diego "back yard" too.