This is the life-thread for Vlad, my Zinno '87 535is Daily Driver. This was my first E28 and since buying it I have tweaked, upgraded, replaced, or modified almost every part of it. It is (for me) just about the perfect E28. Here's a summary of Vlad as of September 2020. See below for the original '1st post', history, and then follow along for progress. 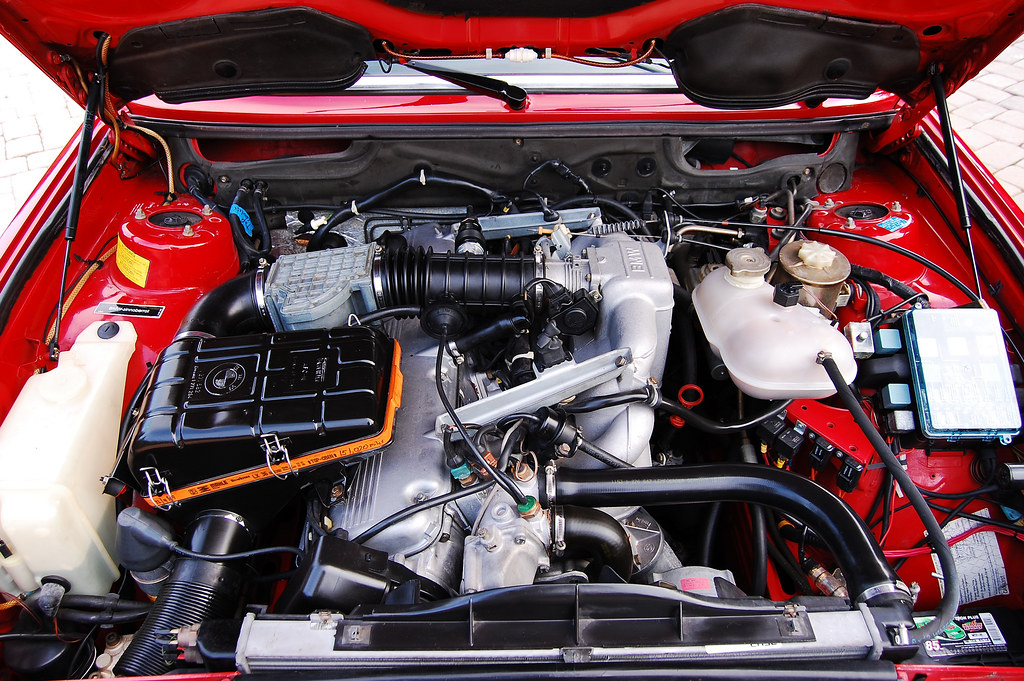 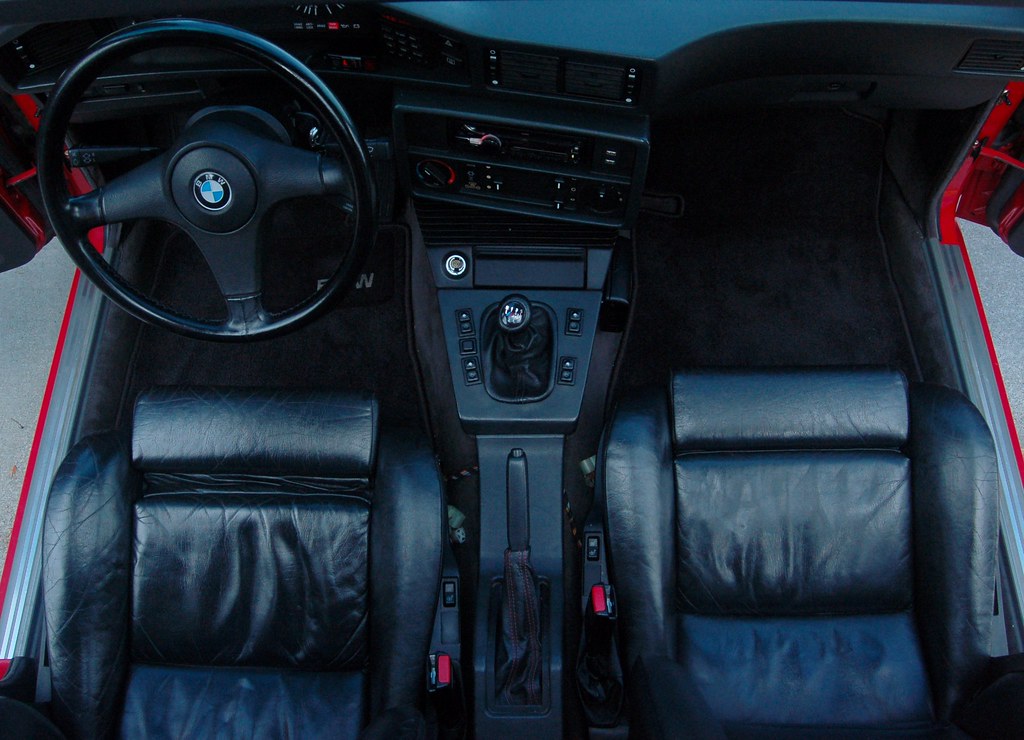 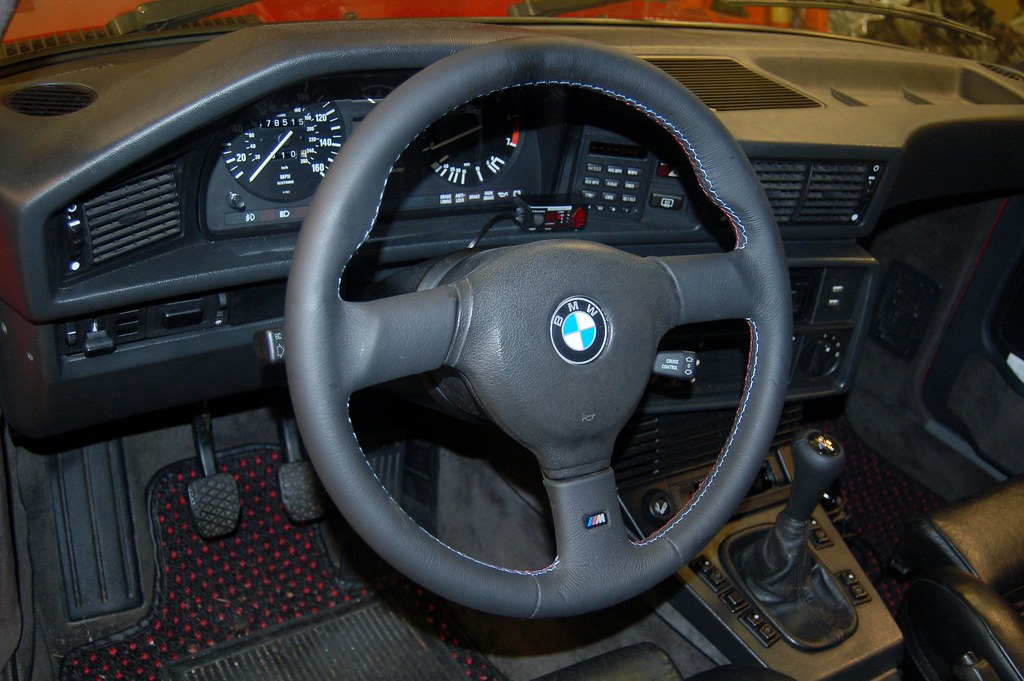 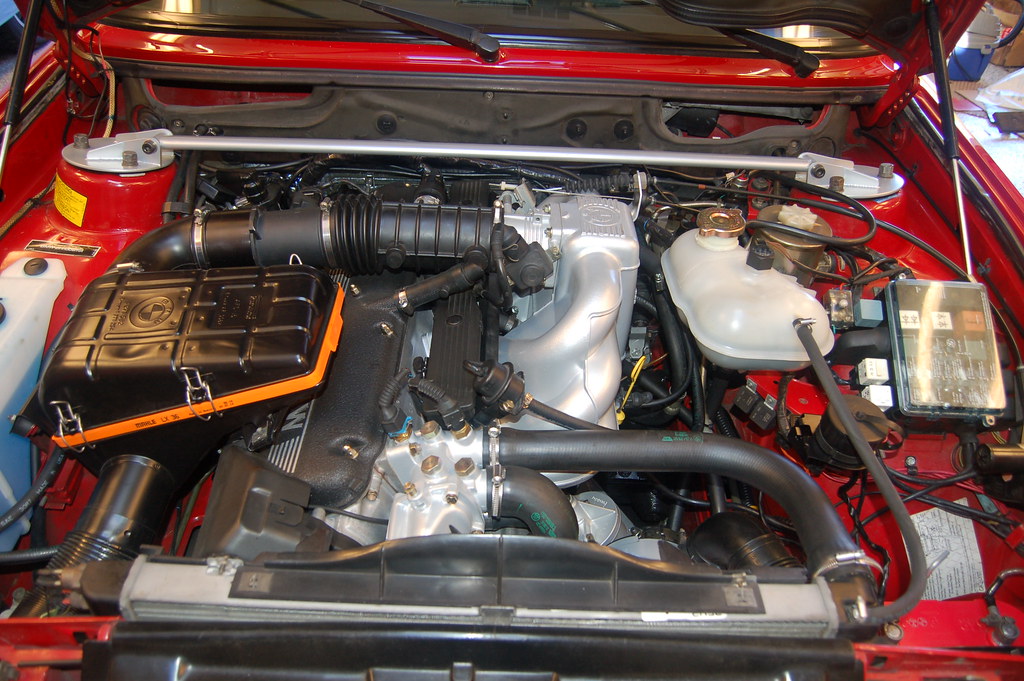 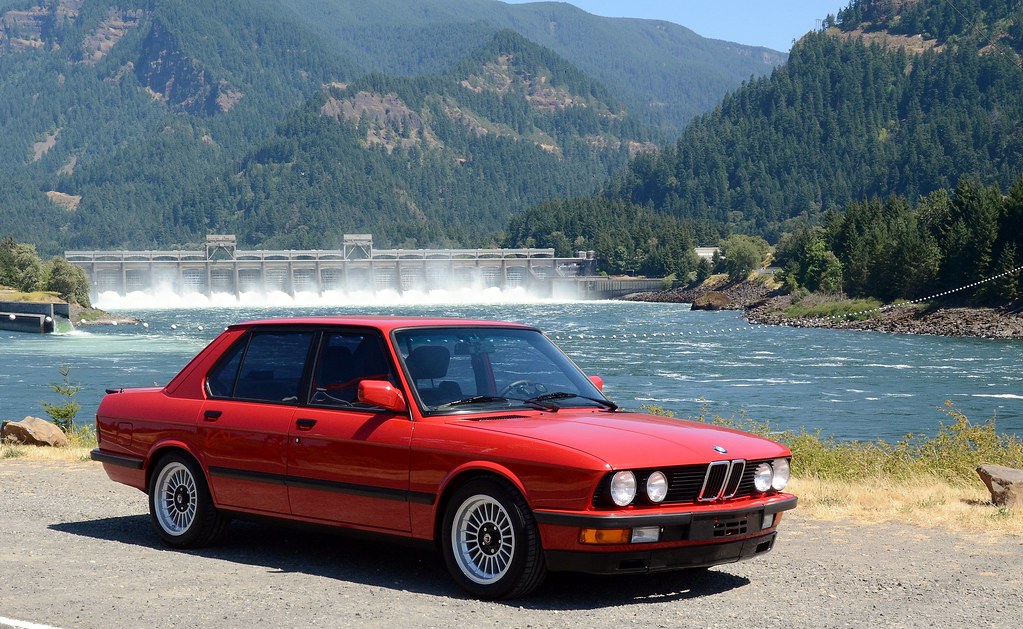 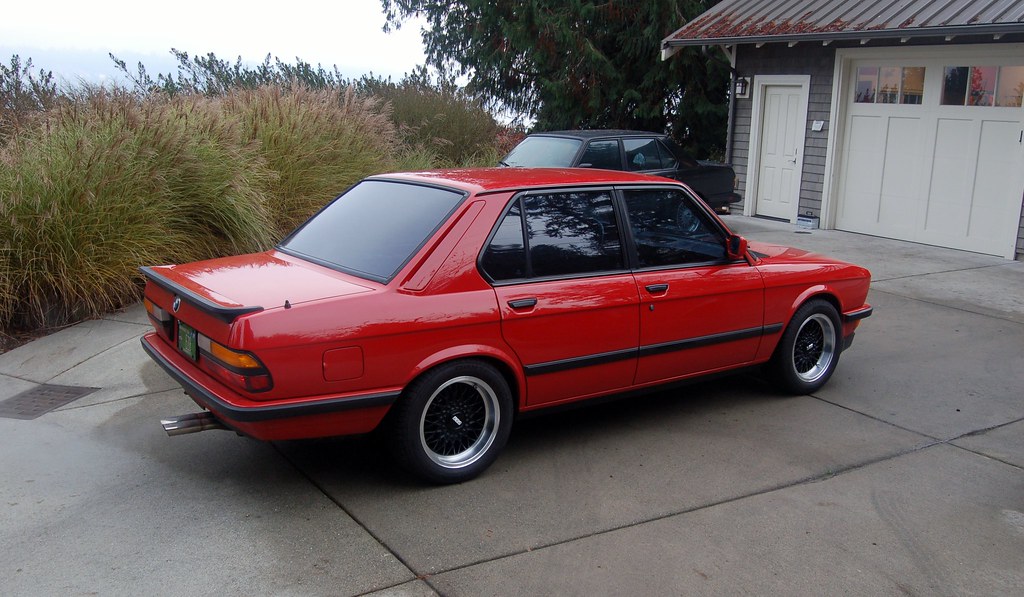 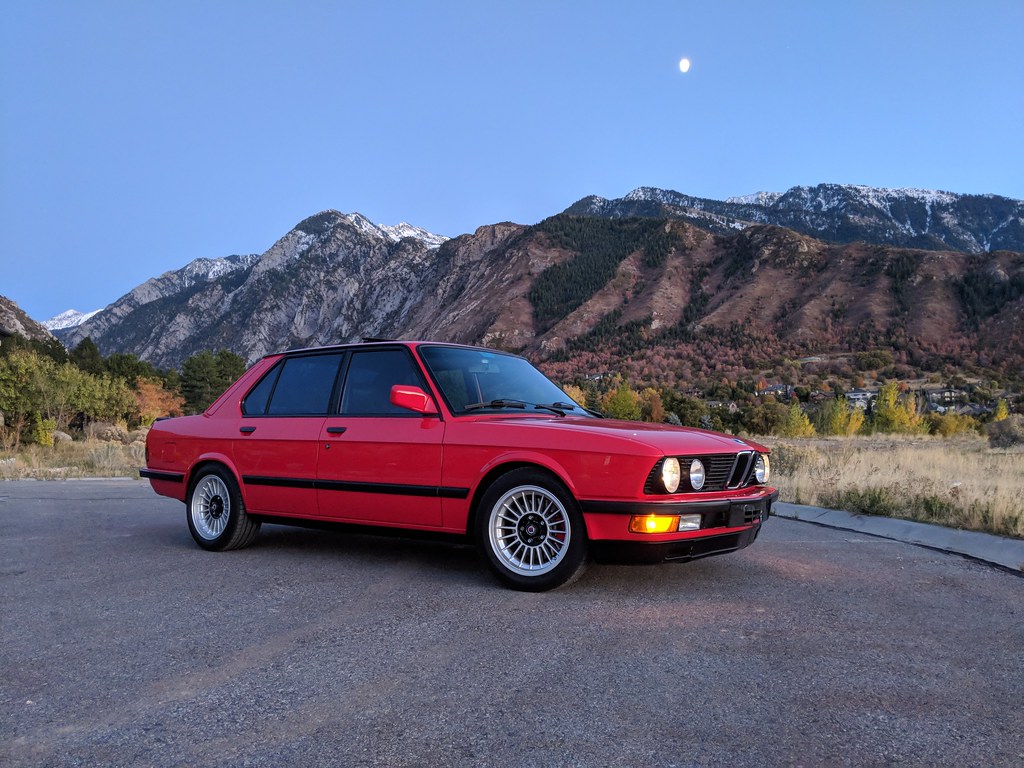 My Vlad has nothing to do with bad Vlad. Bad Vlad might be a bad guy. My Vlad is a car. Definitely a nice car.

I just received a scan of the title of my 'new' E28 from the seller. My money is in his bank account and he's signed the title over to me.

The only problem is the car is in Santa Barbara, CA and I'm in Bellevue, WA. But I like making lemonade.

My 17 year old son wants to be an engineer. He's a junior in high-school right now, and this is 'college visit' season. Turns out Cal Poly at San Luis Obispo is on his list. Also turns out his spring break is the week after next. It also turns out he's barely competent with a manual transmission, which, to me, is not good at all.

You can see where this is heading, can't you? Road trip time!

(BTW, the comments on the BaT posting are fairly funny) My son & I have one way Alaska Airlines tickets from Seattle to Santa Barbara on April 4. We will pick the car up after we arrive and drive north to Seattle, stopping at a few colleges along the way.

(Pro-tip: If you ever need extra points with the missus with the whole 'buying another car thing', making it an excuse to spend focused dad-son time together works wonders.)

I don't have any of my own pictures of Vlad yet, just the ones the PO took. If you like car p0rn, and you *really* like E28 p0rn, you might want to subscribe to this thread because I take a LOT of pictures and love posting them.

Vlad isn't going to need much work. One of the reasons I was so excited when I saw him for sale is that he perfectly meets my requirements:
Let's run down these requirements and see how Vlad fares:

He has 170,000 miles on him, so he's still relatively young for an E28. The mechanic in SB I paid to do the PPI on said, and I quote "As tight an E28 as you'll find. Car feels wonderful." The compression test showed 175, 150, 175, 175, 175, 175 and the tech thinks the 150 is simply due to carbon buildup. Everything, and he emphasized *everything* functions correctly. There's a slight oil leak where the cylinder cover, timing cover, and block meet. The felt on the left door threshold is worn.

Sounds ready to use to me.

Just so you can calibrate what "anal-retentive" means, here's the front fender of my '88 911 Carerra. For my budget, I never really thought I'd find an E28 this clean. I'm giddy in excitement about the prospect of driving him regularly in the Seattle weather and keeping him this clean. That's what I do. The PO has put some upgrades in. There's typical stuff like the Conforti chip, "stage 5 brake kit", and 840ci wheels. There's also some 'interesting' upgrades such as improved interior lighting and a sub-woofer in the trunk. But the PO assures me, and the tech agreed, that he's been careful to make sure his mods are reversible. I need a BlueTooth capable stereo anyway, so as long as it works with my phone I'll be happy.

So, as far as requirement #4 (unmolested) goes: Check: If I really had my choice of color I'd pick a metallic blue, not to dissimilar to my 911 (Venetian Blue). But color's relatively low on my priority list and I've never owned a red car...but wanted to. So there you go. Oh, and that is original paint. The driver's door and surrounding area has been painted, but the rest is as it left the Dingolfing plant in 1987. I don't like tan interiors. I just don't. If I bought an M5 I'd end up hating it until I re-did the interior in black. Vlad has the black Sport interior. I bet the seats could be re-dyed...or I could to an E34 Sport seat transplant and get the lumbar support my bad back really desires. Anyway, we're good here. (I've already ordered new OEM floor mats; I plan on taking them with us to CA and throwing out the old worn mats the PO, for some strange reason, has not replaced).

I'd love an E28 M5 someday. But right now my priority is a clean daily-driver that fits within a specific budget. As a former E34 540 M-Sport aficionado, I have mad respect for the M535. But the chances of finding one of *those* in a condition I'd be happy with, at a price I could handle, is just not in the cards. So the 535is is a perfect balance.

Vlad's a California car, so the whole West Coast thing is obviously nailed.

There you have it. He's perfect. And he's mine. Check back often and watch how my relationship with Vlad grows. And thanks for being a place where I can yap about him.

Beautiful car, inside and out. Glad you found what you were looking for. Enjoy!
Top

That's the 535is I'd want to own. Looks very similar on the outside to my old car when I bought it. Style 8s are one of the best wheels out there. Nice job.
Top

Nice score. I watched the BaT feature with interest and am glad to see this fine specimen go to a forum member. This will sound like BS but I thought of PM'ing you the link to this car after reading your "wanted" post here. The drive from SB to Bellevue should be epic.

Beautiful car! I'm in bellvue a lot. If I ever see a zinno e28 i'll know its you.

Congrats on the purchase! Hard to find much to fault with that car, although that didn't keep the BaT crowd from trying

Nice that the PO fixed the A/C as well...enjoy it!

Yeah, the BaT guys really got hung up on the lights and other accessories for some reason. Looks like a great car.
Top

Please correct me if I am wrong, but I've been told you can't refer to anything by the name "Vlad." Certainly not a nice, clean looking e28.

That name does have a lot of negative things associated with it....
Top

That name does have a lot of negative things associated with it....

What in the world are you talking about.

There's a well-known E30 guy named Vlad that recently screwed over a bunch of Bimmer enthusiasts. It's been well documented on this forum and many others.

We're not picking on your or your gorgeous car, just acknowledging the coincidence. No harm intended.
Top

skip535i wrote:There's a well-known E30 guy named Vlad that recently screwed over a bunch of Bimmer enthusiasts. It's been well documented on this forum and many others.

We're not picking on your or your gorgeous car, just acknowledging the coincidence. No harm intended.

I'm sticking with Vlad for this car's name. Maybe over time it will help the community heal.

I think your car looks terrific. It's amazing how much red "pops" on a black interior when it's in nice shape.

If I had an Impala I'd call it that.
Top

Wow, what a car, beautiful.

If I had an Impala I'd call it that.

Maybe that's what I'll get for plates "Impala".
Top

Also "Vlad" is a Russian name (or Slavic), and is short for Vladimir. I don't think a BMW is Russian, but if you are going to call a BMW "Vladimir," might as well upgrade it to "Putin"

You could call it "Lenin," who was also a "Vlad." Ok, I am done trolling now. Love the car. With my zinno was so clean. Are you putting Euro conversion on it? A car this nice is owed it.
Top

Congrats on the purchase! Your E28 is a true beauty! I hope to find a E28 as clean as that one day. Rebuilding a car that was seriously neglected has been quite the journey.

Those comments on BAT are hilarious. So many "experts" posting incorrect info.
Top
Post Reply
1646 posts