Hello fellow E28 owners! I bought a 1984 533i5 from a buddy of mine that's an E28 aficionado. This would be my third E28. So I already have three BMW's and a Fusion and thought it would be a great idea to get another car in my small driveway. My wife thought so too (

). I have been looking for a fairly clean and complete E28 for a while and this one checked both of those boxes. I've had some real crappy luck with M30's so I'm hoping this one turns the tide on the bad luck of the past. The car made the drive home fine and without issue so that's awesome. 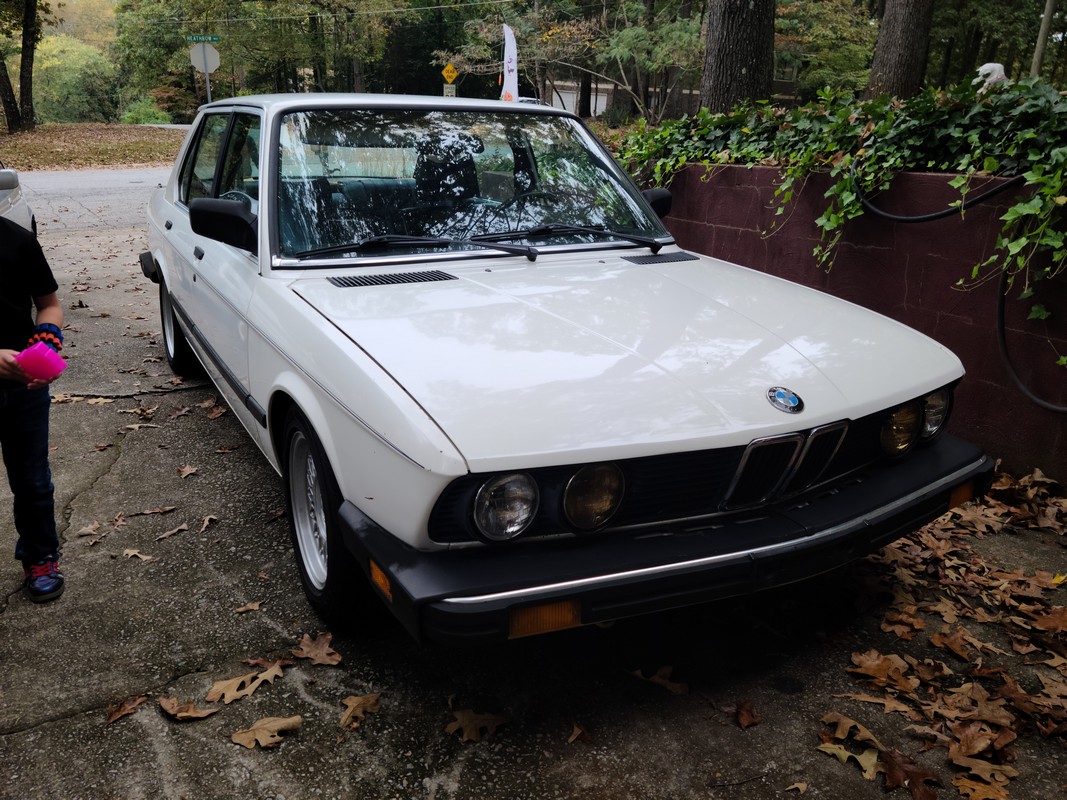 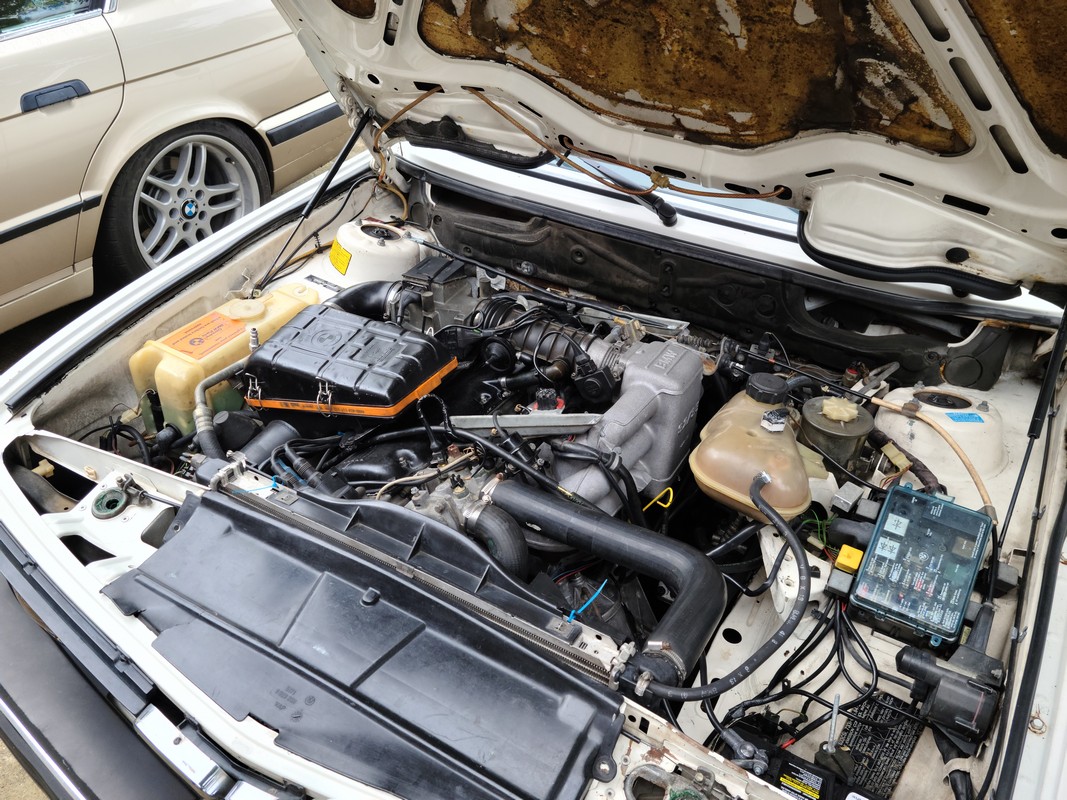 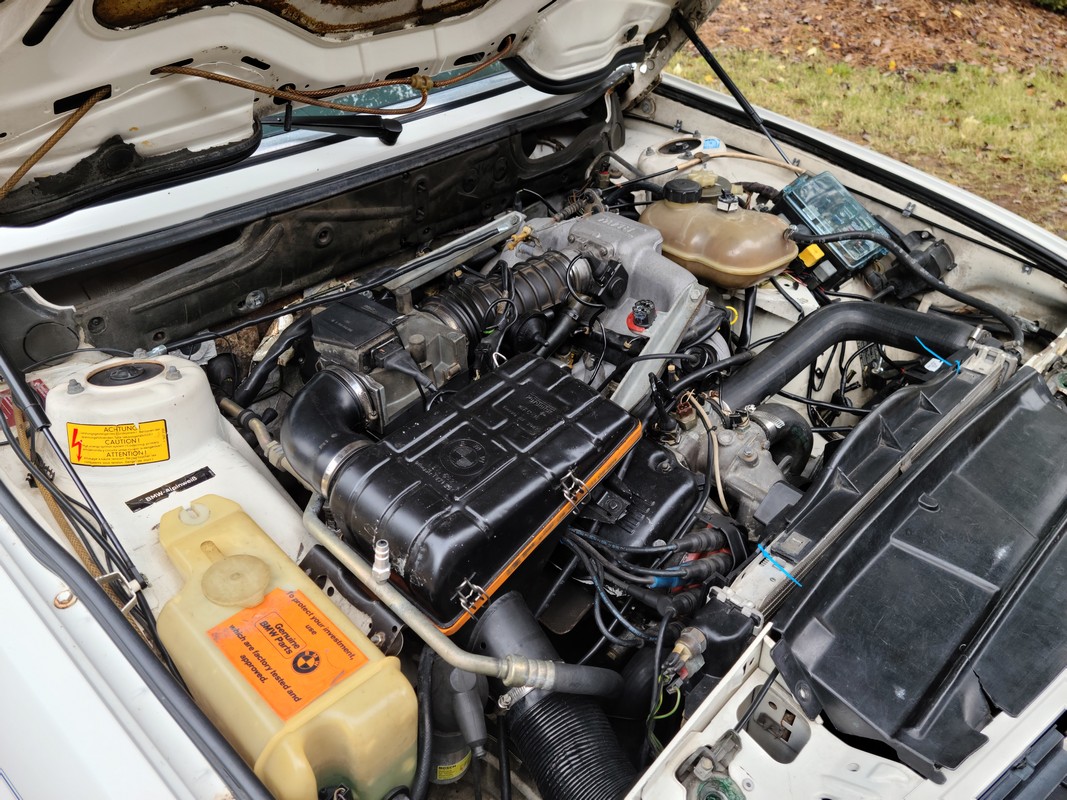 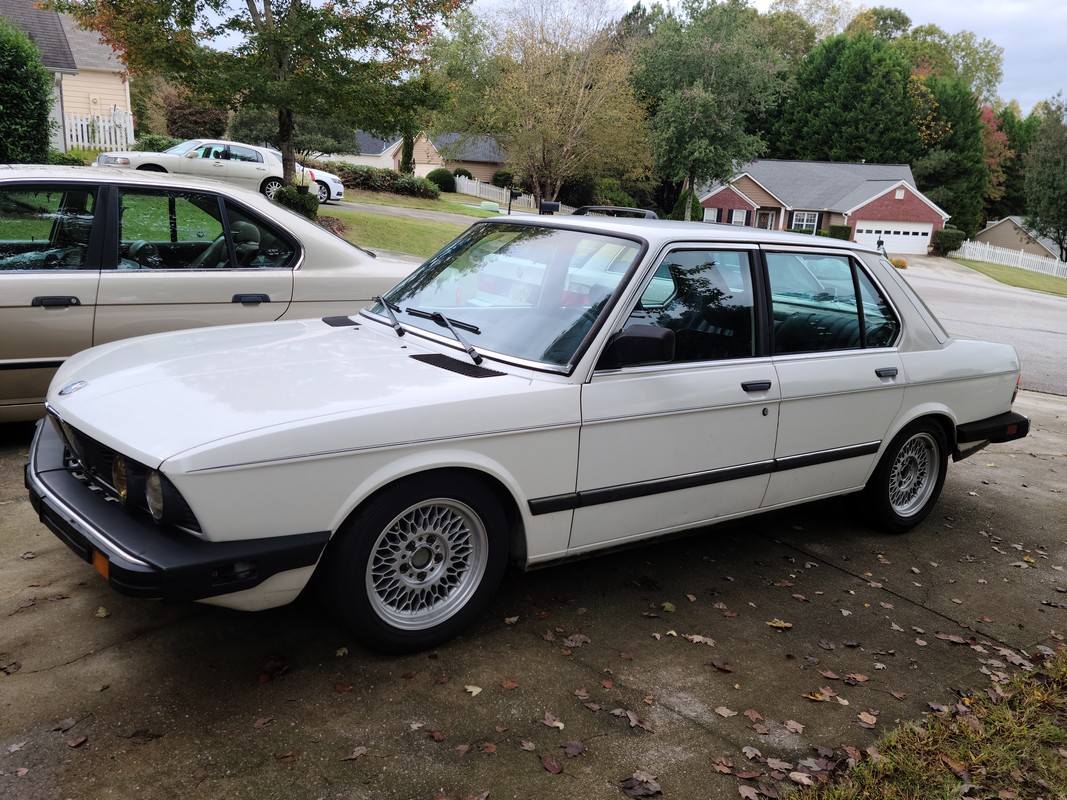 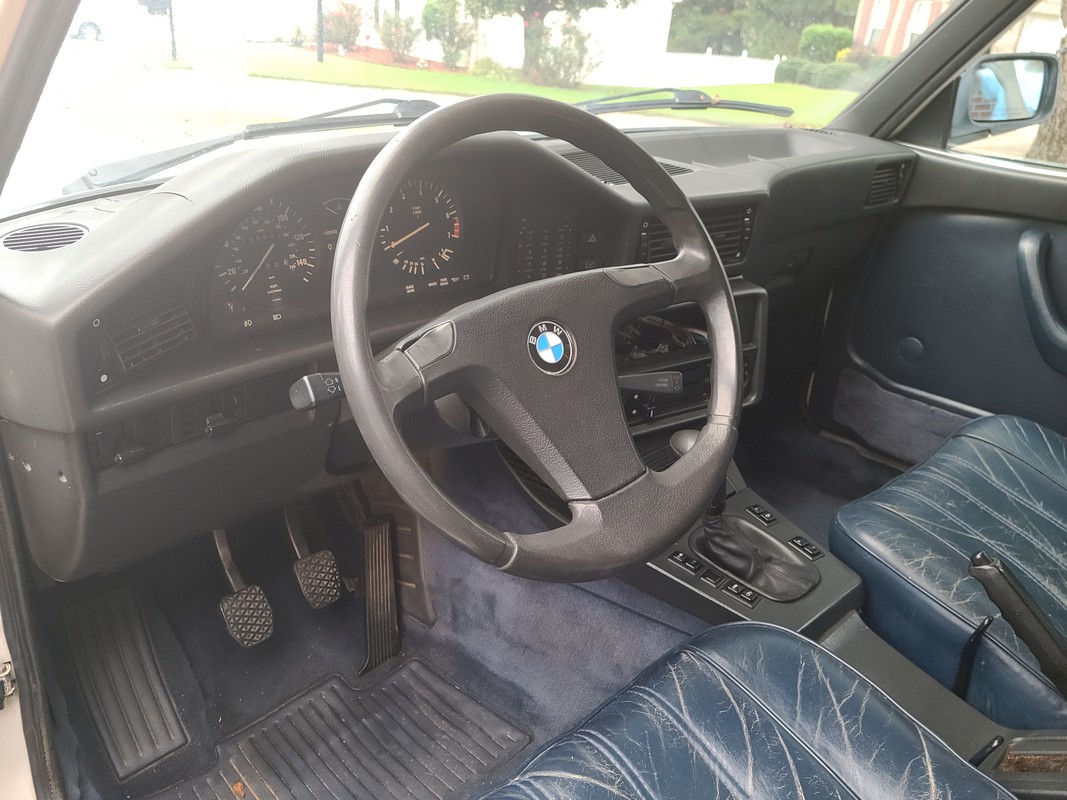 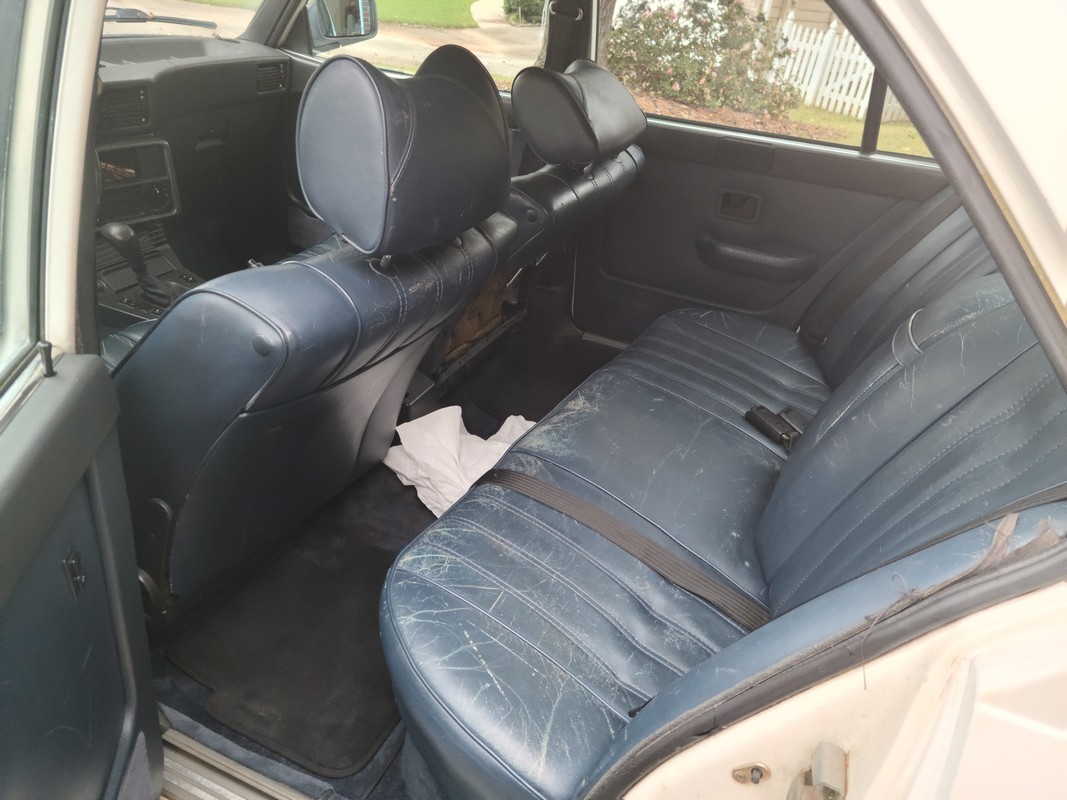 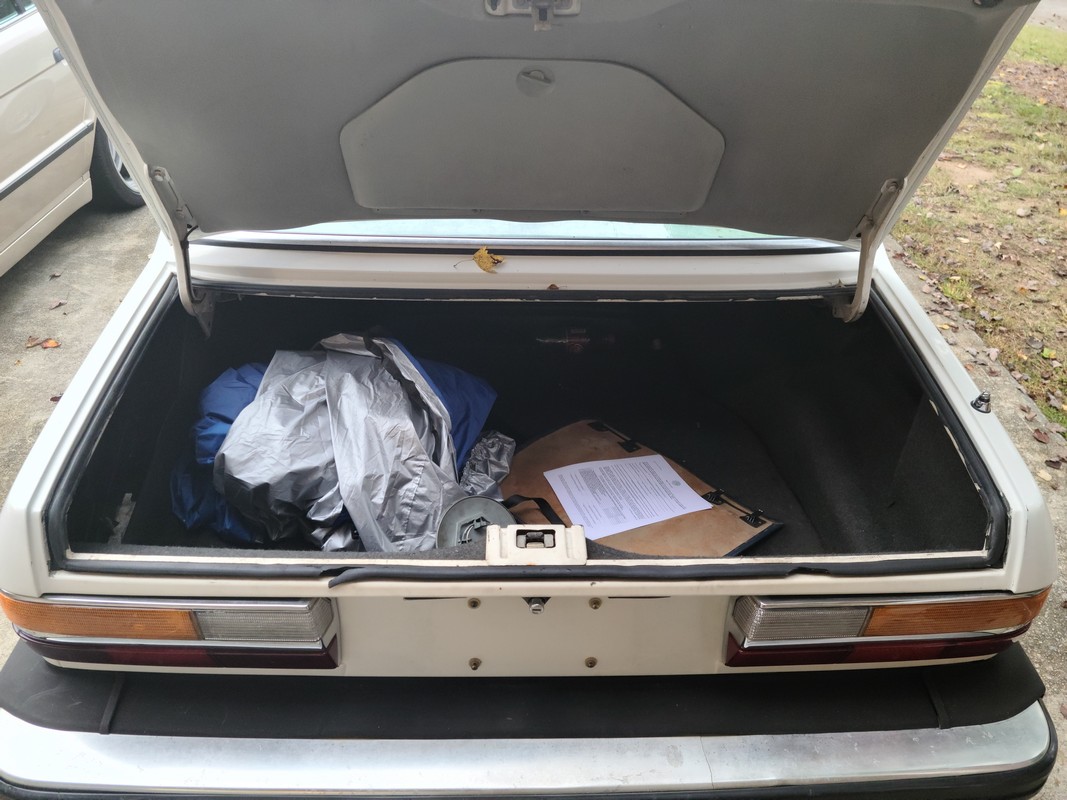 I know how people are with ///M badges on non-///M cars so I put these on to annoy people. 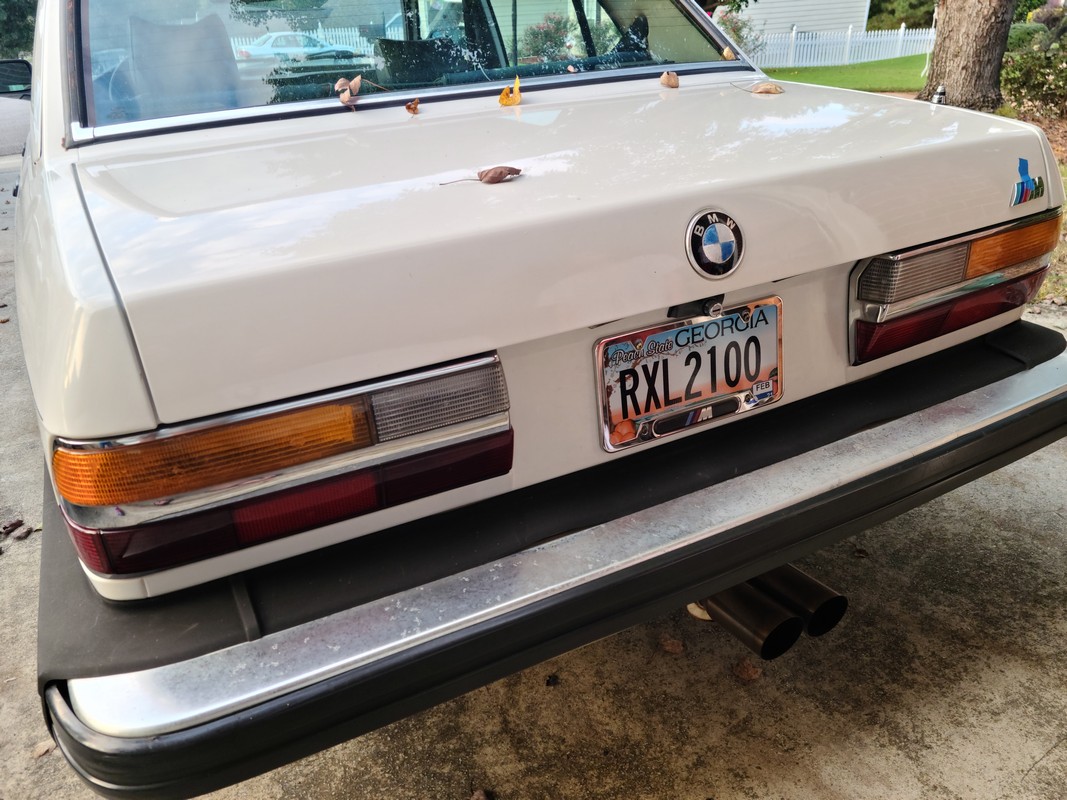 Came with a free head. 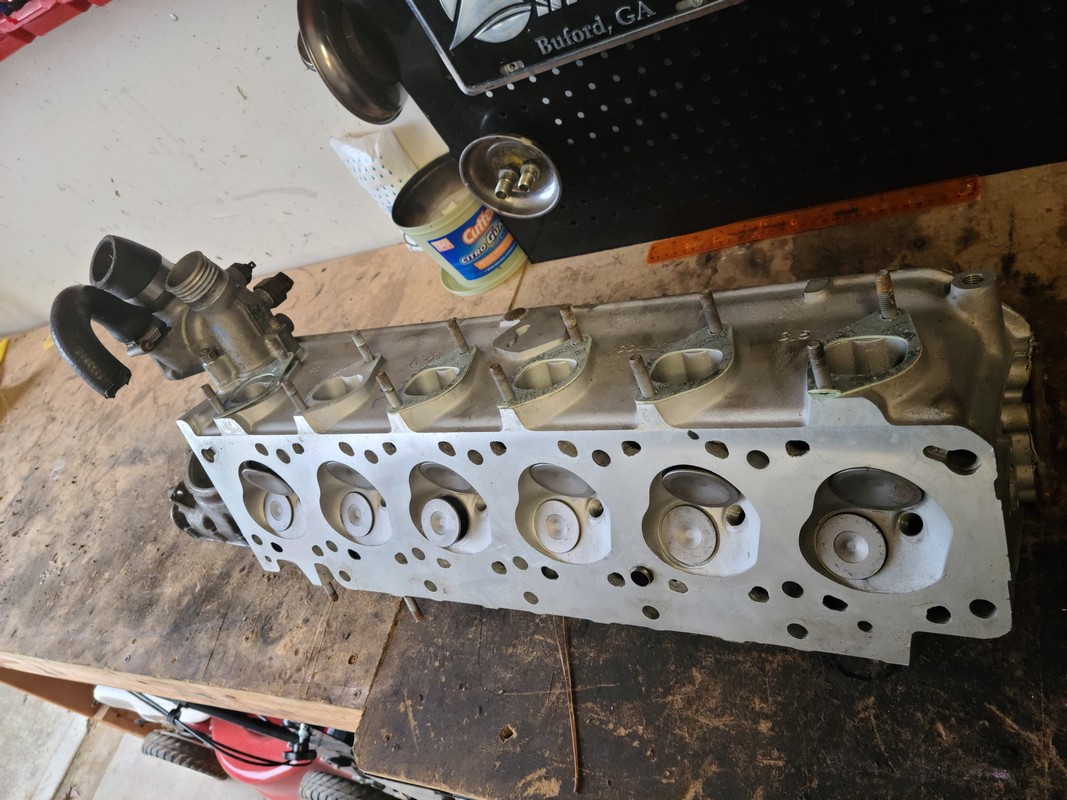 Some good points
1. Recent valve adjustment
2. Engine runs awesome
3. Poly subframe bushings
4. Spax/Bilsteins (rides pretty nice too)
5. I got my old wheels back lol
6. Good clutch
7. 3.25 LSD!
8. Front windows work. Rears work but one came unglued.
9. Not a tan interior!!
10. Sure there are other things I'm missing but I'm pretty happy so far.

Few things that I noticed that need attention (knew these before I bought the car):
1. Thrust arms, no biggie
2. Cluster needs some TLC, odometer doesn't and temp gauge do not work.
3. Interior needs some TLC, 36 years does a lot for an interior. Plan is either a cardinal red or black interior swap.
4. Cracked dash, probably going to get one of those plastic covers from ebay for now.
5. Shift linkage could use a rebuild
6. Stereo...or the lack thereof
7. Hydrobooster rebuild. It is leaking onto the driver floorboard. Already got in touch with Jay Stratton.
8. License plate lights are trash, already ordered a new set
9. Fix an exhaust leak and get rid of the horrible looking muffler.
10. Pretty sure there will be more to come but I have a nice list of stuff to fix for now.

Things I want to do in the close future.
1. Motronic swap from a B35.
2. E34 brakes. I have pretty much everything to do this swap as well.
3. AC delete, flame on but I don't care for AC. I want to find the center console and other parts associated with that. The AC doesn't work anyway.
4. Install the sport valance that came with the car, needs fogs though.

The first thing on the list since I have so much audio equipment laying around was to start rewiring the stereo. It's all common ground and I really did not want to deal with common ground wiring. It looked like there was an aftermarket radio previously installed so I cut it off and spliced in a new harness for my radio. I decided to put an amp under the rear seat and build a rack for it since there is no real good spot in the trunk for it. I do not want to drill holes into the rear firewall. I also ran a Clarion CeNet cable for the Sirius tuner. It has a lifetime subscription tied to it so it only makes sense to install it. I haven't decided on speakers yet. I'm thinking of 5.25" speakers with some nice black acrylic spacer rings. I can make the rings myself at work. As for the sub, I have not figured out what I want to do with that. I may build a custom enclosure that mounts high in the trunk so it's not in the way. It doesn't need to win and contests but it needs to sound decent while I'm driving the car. 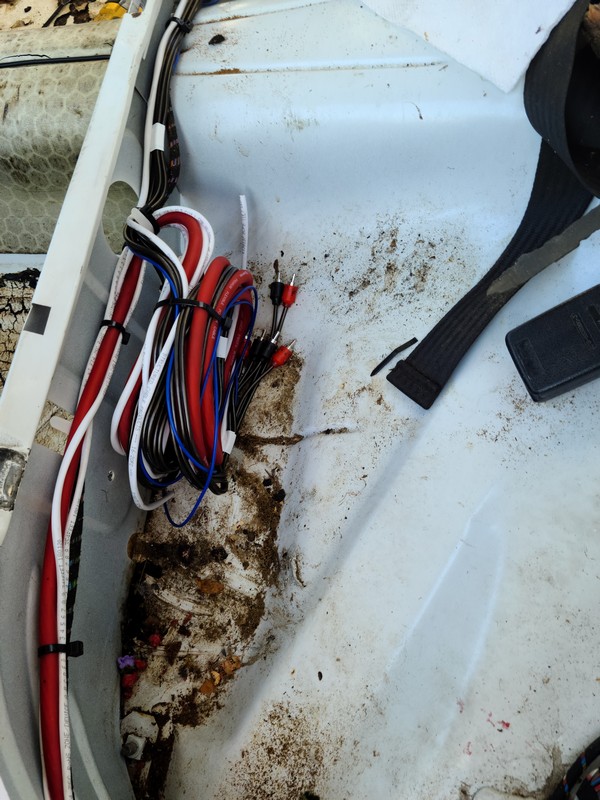 I found some minor rust on the front floor pans while running wire. I found a couple quarter sized holes from where water likes to collect and sit in the front. Going to patch these and treat the floorboards with POR15. The rears are fine. This car was a Southeastern car for most of its life so the rust is pretty minimal and mostly surface. 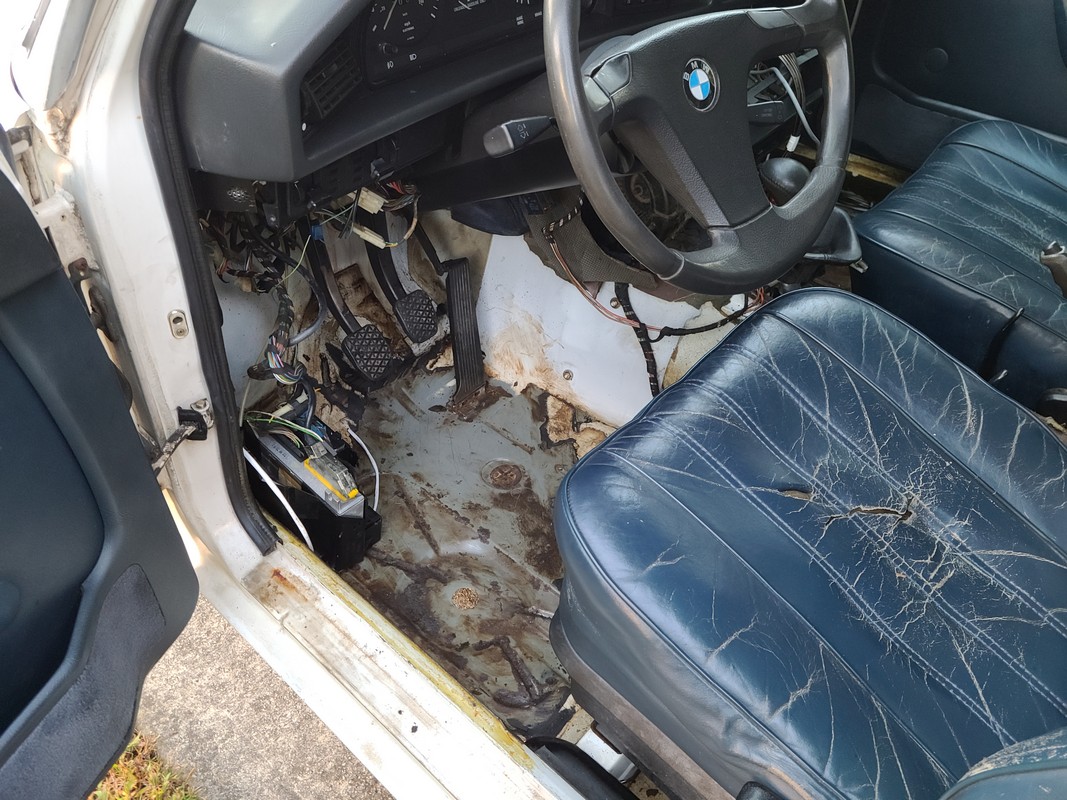 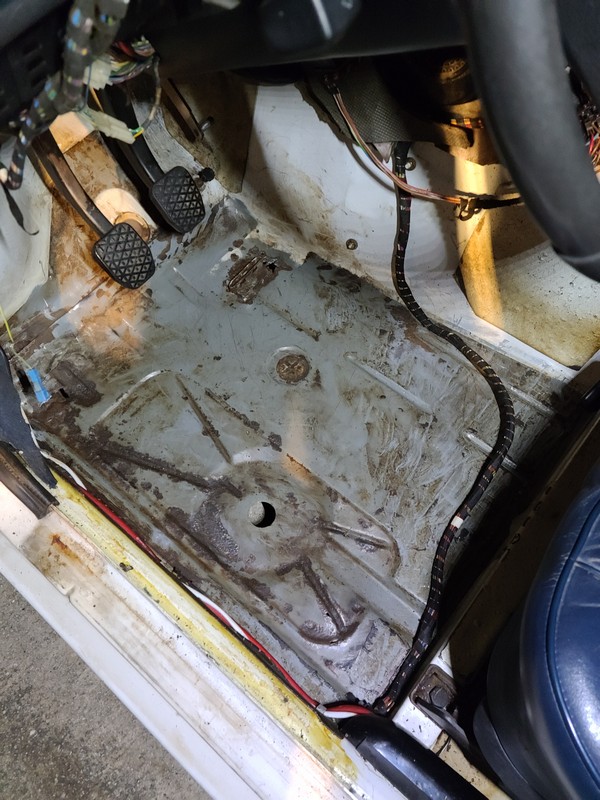 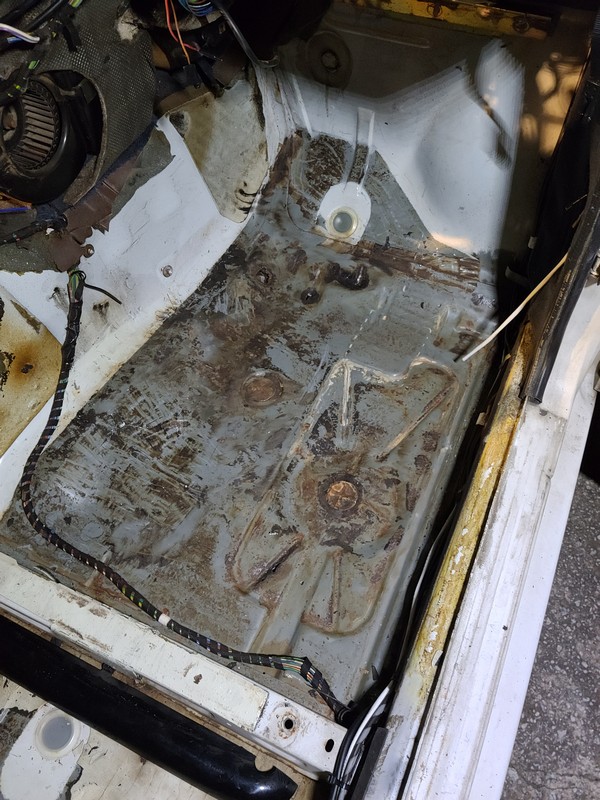 I'm basically taking care of all of the stuff I can now while it's apart. It's not going anywhere so I can take my time with it.

This is the console I'm after. A friend has this in his Euro E28. 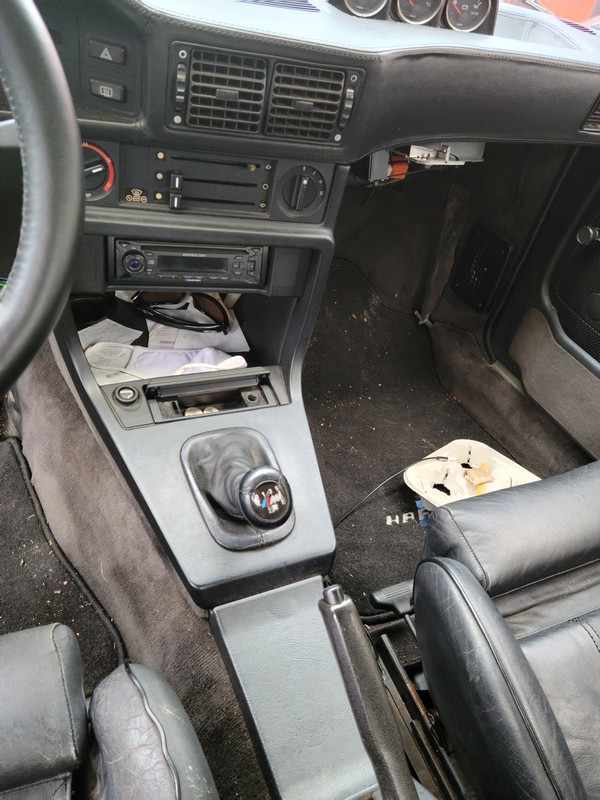 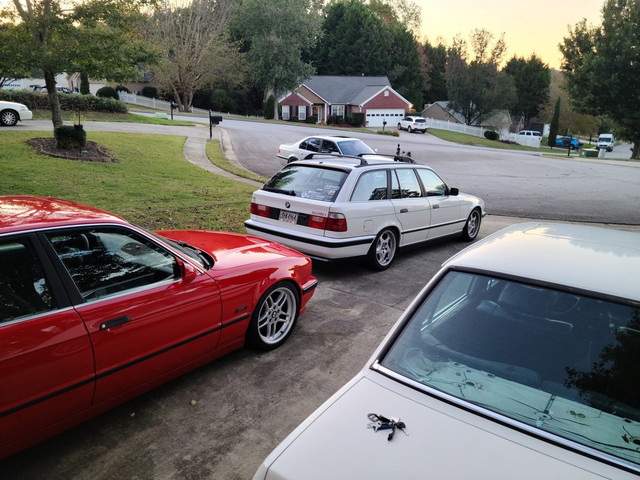 Congrats on the new edition! Looks and sounds like a good pick. I recently picked dup a 533i and am looking forward to sorting the issues. Also looking forward to the driving experience- supposedly unique (and often preferred to the B34) for the E28 chassis.

Sadly, it appears gabimmers.com does not support direct linking to photos. Here's what I see. Your syntax looks correct. 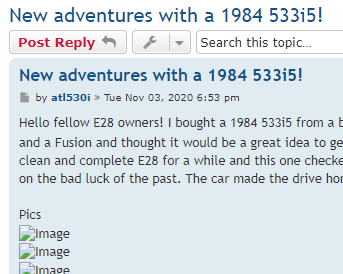 cek wrote: ↑Nov 04, 2020 2:21 PM Sadly, it appears gabimmers.com does not support direct linking to photos. Here's what I see. Your syntax looks correct.

Fixed it for now. I will have to figure out why godaddy is not letting me link images now. I have these on imgur now. I do not like how they organize photos but oh well.
Top

Don't believe I've seen a ground wire ran like that to the strut tower before. Interesting.

Looking forward to the progress! You've got an awesome stable.
Top

I don't understand what you mean.
Top

I don't understand what you mean.

Looking forward to the progress! You've got an awesome stable.

I have new anchor marine wire, lugs, and heatshrink that's going to fix all that. New engine grounds, charge wires, and terminals are on the list.

Thank you! Just picked up a low-ish mileage M52 for my wagon so I've got some work to do.
Top

That belongs to a friend from Virginia. He had some driveline issues so I told him he could leave it until he could pick it up.
Top