Which MS are you running and what firmware?

I'm seeing similar tuning irregularities after installing 1.5.2 firmware. Also having a vastly different air pump at the other end doesn't make for a straight comparison though.
Top

It is MS2 with 3.4.4 firmware if I remember correctly. I have no idea what I was running last time around back in the late 2000's but I'm sure it was different.

No dice on a one shot cold start this morning, the first crank was pitiful but it came to life on the second one. I am going to try flattening the cranking pulsewidth curve below 32F. It's interesting how it can be so good at 33.5 degrees and so bad at 20 something.
Top

I don't know whether I should start a dedicated thread or not, so I will first start by posting here.

Background cliff notes: I am putting an MS2 V3.0 in my E28 w a M30B35 swap. Going to get it going NA first, then going turbo. I built the MS2, got it communicating w my PC, now I am trying to wire it into the car.

So I am using the wiring guide in the first post of this thread, but I have immediately run into an area of questionableness.

So pin 1 of the 55-pin B35 ecu is the ign coil wire, and it is FAT!! How the heck is that supposed to be plumbed through the DB37 connector to the MS2? Wouldn't the teeny DB37 pin and traces be way too tiny for the current needed in that fat black wire? I notice the Megasquirt pinout states that it is a 7A pin, which isn't all that much actually, but that wire size is most definitely sized to carry way more than 7A...

I am using a DB37 connector with it's own terminal block (at least to start out with) so it is easy to modify and change things later, until I get everything right, and I'll solder up a DB37 for real. 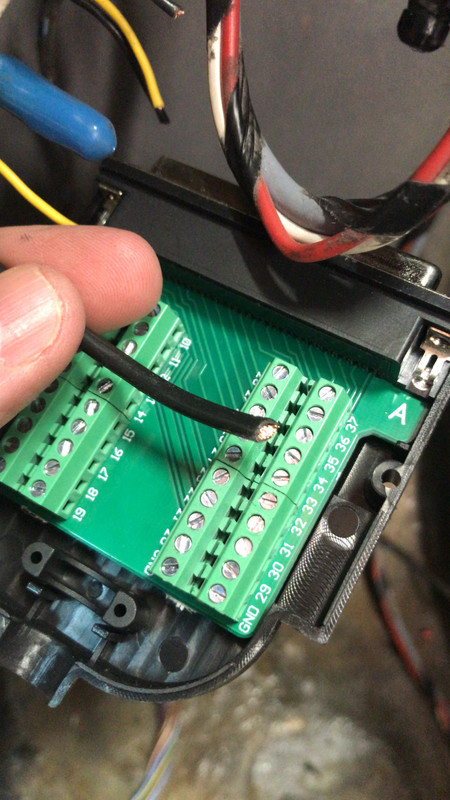 Pic of back of the B37 connector that I snipped all the wires from (and labeled each of them): 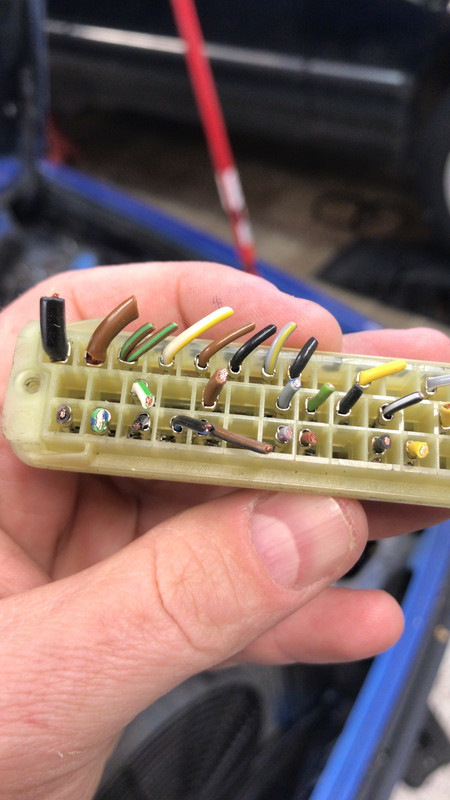 Note the size difference in general of the B35 connector and a standard DB37: 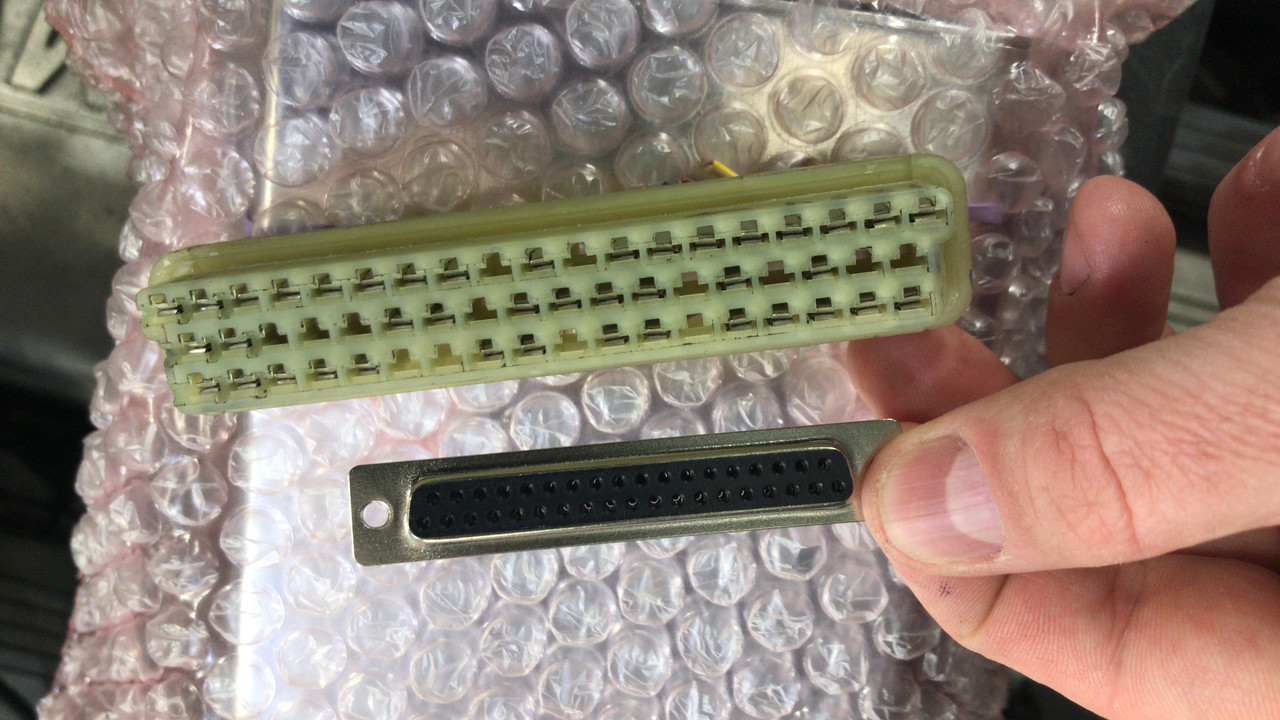 So... How did you all do the wiring from your engine harness to the MS2? I know DIYautotune sells some pigtails here: https://www.diyautotune.com/product/24- ... l-harness/, and it suggests using the DIYBOB here: https://www.diyautotune.com/support/tec ... re/diybob/, but why is it discontinued? What's the strategy with wiring in the MS2 with the DIYat pigtail? Just splice the wires together according to Brad D's table in the first post?