I'm looking into it.., thanks. The box I was using was a laptop shipping box that had a flip-top and internal packing. I then adding foam with parts cutouts. Will look into a Pelican case.
Top

OK.., get ready for the S38 TS Kit 2.0 Thanks for the tip Kohler. As mentioned we'll need a new distributor and rotor.

I need to get a new waiting list going so if anyone needs to use the TS Kit please post.
Top

I would like to add that this is a seriously, crazy awesome forum. At first I could not believe that someone would be willing to have a kit like this to lend out in the first place. It really does boggle the mind.

I would suggest an aluminum case like the one below. When you buy it, it comes inside a carboard box. You could pack it, lock it with cotters or wire and ship it inside the original cardboard box. Much more affordable than a Pelican and will offer good protection.

The kit will be back online in Jan, FYI... I purchased a Pelican case and just need to load everything up.

Does anyone know if I ship the pelican case as-is or should I put the case in a box and then ship ?
Top

Pelican's are lockable and really tough. You can certainly lock them and ship exposed if you like. I would find a box and keep it pretty.

OK.., this is who I have on the waiting list. If anyone else needs the kit please post to this thread. PM and emails are cool also but also post here so I have a running list.

Lastly.., if you are a new member to the board you'll need an established member to vouch for you

I be ready bro. 1st 5er may want to jump in front of me since he sounds like he's got the need today based on his thread. I can get if from him. If Sherman is out let me know what to do to get it shipped my way.
Top

Yes, the immediate need is there, but I will wait in line if necessary.
Top

EDIT I mixed up 1st 5er and 1stM5Nut. Below is the new list order. I added a "standby" list for those that might need the TS kit but not right away. So we skip them until they are ready however their place in line remains.

I have a coupe things to do with the padding in the case so will post when 100% ready. Not long though. Everyone, please email your contact and address info to phil@infostreet.com.
Last edited by Philo on Jan 22, 2013 6:08 PM, edited 1 time in total.
Top

Somebody can PM me for an address.

Philo, this is a great thing you are doing.
Top

I appreciate the generous move to the top, but it's no longer necessary.

to all that made that possible.
Top

Cool, what was the issue solved?
Top

Philo wrote:Cool, what was the issue solved?

Alrighty then. Glad to hear it's sorted out. I'm out of the country until next weekend but I'm ready for the kit any time after that. Made a lot of progress this weekend 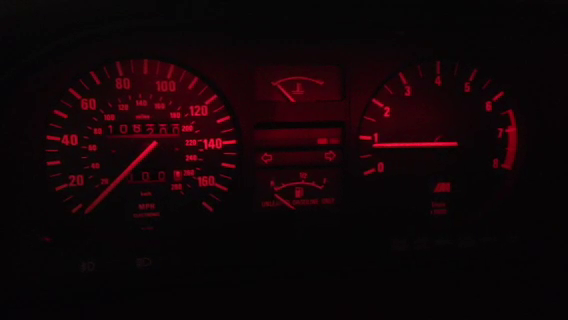 No. But, thank you sir.
I got my issue resolved, but the kit would make a great "take along" for a road trip similar to the 3,500 mile one we're about to end.

Thanks again for the availability.
Top

Does the case need any parts? I just parted a M5 and have wires, cap, rotor, sensors etc.
Top

In fact I added some stuff, added a compression tester and leak-down tester.

Micheal Chow, the last M guy to use the kit, added some color pics on how the kit goes back together after use. Very nice of him !!!

The only down side is the kit and pelican case is roughly 50 lbs. Shipping this thing is expensive. But if you really need it to figure out a problem with your M I think it still has great value.
Top

Wow, just saw that this existed. Very cool, I have a feeling I will be needing it in the near future as I reawaken the s38 after it's 7 year slumber with the P.O. I will most definitely be in touch!
Top

Anyone know who has the kit now?
Id be interested in a shipping quote.
Top

I am interested in borrowing this kit to assist a friend with his 1988 M5 that won't idle. Could be a big win for my buddy! I have to make his car run and ship it to Korea.

Re: S38 B35 Trouble Shooting kit - Not Available

Guys, the TS kit is no-more. I've sold off the AFM & ECU to local friends that were in need. I still have the ignition wires, cap, rotor, injectors, trans/crank sensors, coolant temp sensor and ICV. If someone wants to pick up where I left off I'll consider donating what's left and the ballistic proof pelican case

Initially it was rewarding being able to help other members fix their rides. But became a costly and time consuming hassle shipping that heavy case around to members. About $50 each way. I always paid out of my own pocket the first shipping leg out so the member just had to pay to ship it to the next guy. If anything came back broken I'd replace the part out of pocket.

Everyone I shipped the TS kit to was great, super honest, but in the end it became a hassle.

Just letting everyone know in case some of the newbies find this thread.