Was wondering if someone would be able to help in removing my ignition switch. So I am removing the switch from an '85 with the grub screw that holds in the switch, but I am unable to get it out as its a headless screw and have been trying to take it out with a small flathead screwdriver and trying my best to indent it so there is something to grab on. Is there something I am missing or will I have to use some sort of bolt extractor to get this screw out. 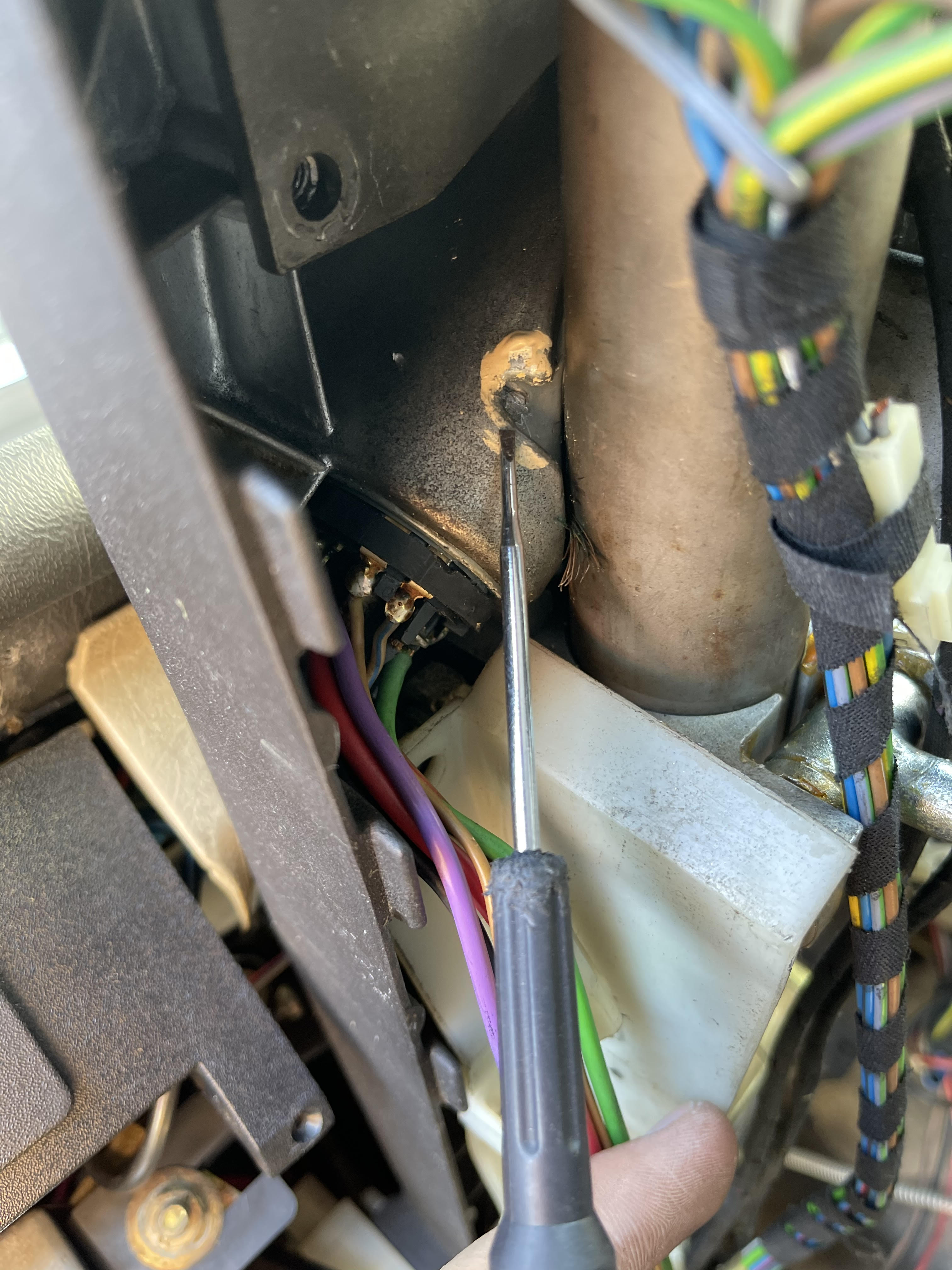 The grub screw has always fallen out for me, but it's not a headless screw like some in that neighborhood, it's slotted. You might take a Dremmel to it and see if you can cut a groove. You might have to drill it out and then retap to something larger later to reinstall. Not that it helps you, but I've taken a number out and getting a small enough screwdriver was always the hardest part. By all means, do use eyewear protection if you resort to a Demmel or drill it out, you'll be close and small bits often break and fly just where you don't want them to.
Top

Guess im just going to go down the route of drilling/extracting it and replacing it. Thanks for the help!
Top

Please post a follow up. Working under the dash of an E 28 is about the worst area on the car to work on. On the Grape when the switch failed due my son's no BS 2 lb key ring. It turned on but, the contacts for start were iffy. Instead I rigged the start to a heavy duty push button. Better would be a push button on a relay.
Top

So I was just able to have the new ignition switch installed, and it was a bigger pain than i thought. First tried to drill a small hole and use one of these bolt extractors but as i thought it would not work at all. 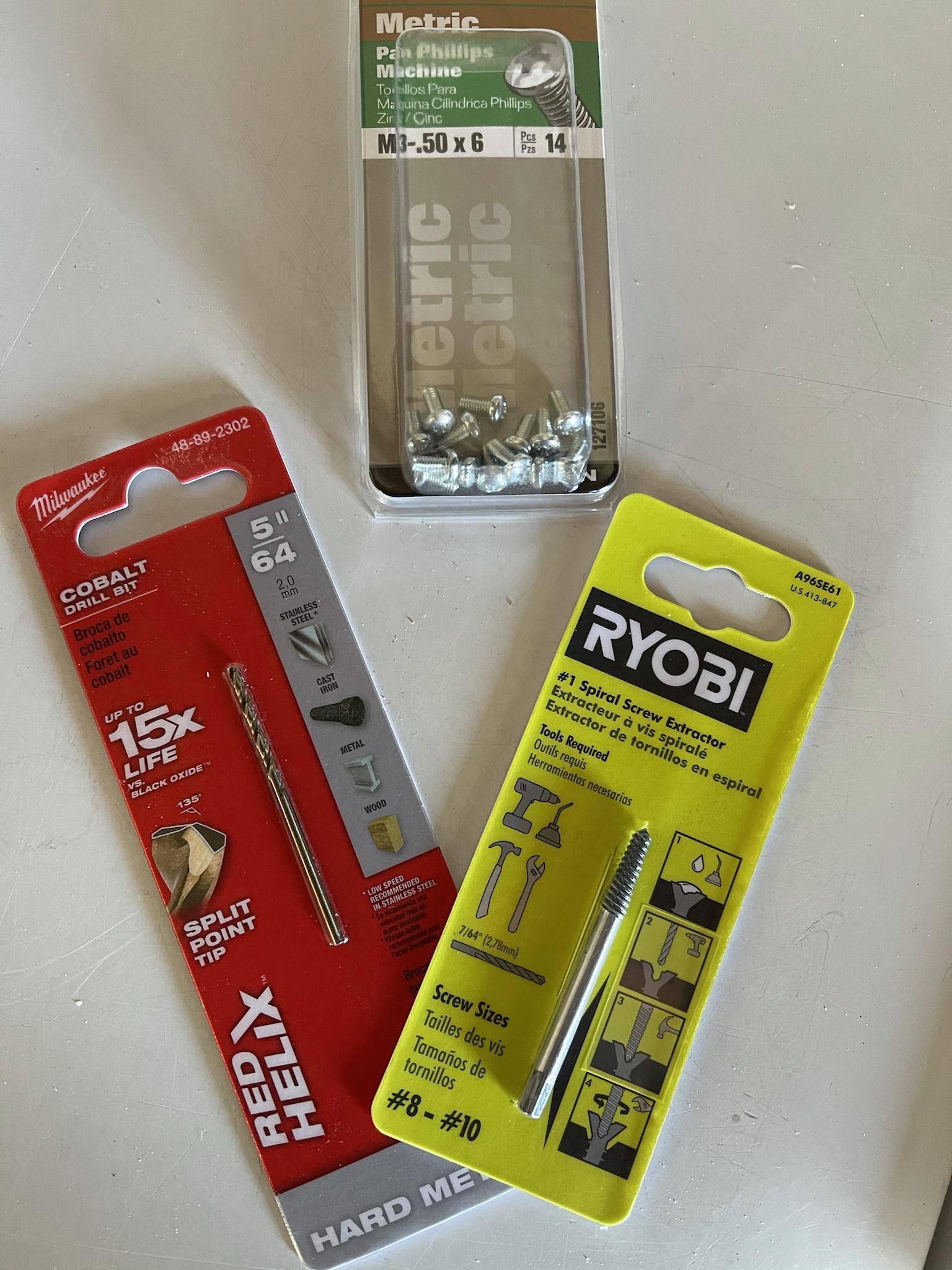 So I ended up getting the larger bit and drilled out the entire grub screw. I took the old one out and installed the new one, but for some reason the new one wouldnt sit right all the way in. Old one i could uninstall and reinstall no issues. Found out that the piece of plastic where the grub screw goes in was interfering with something so I just decided to sand it down slightly. 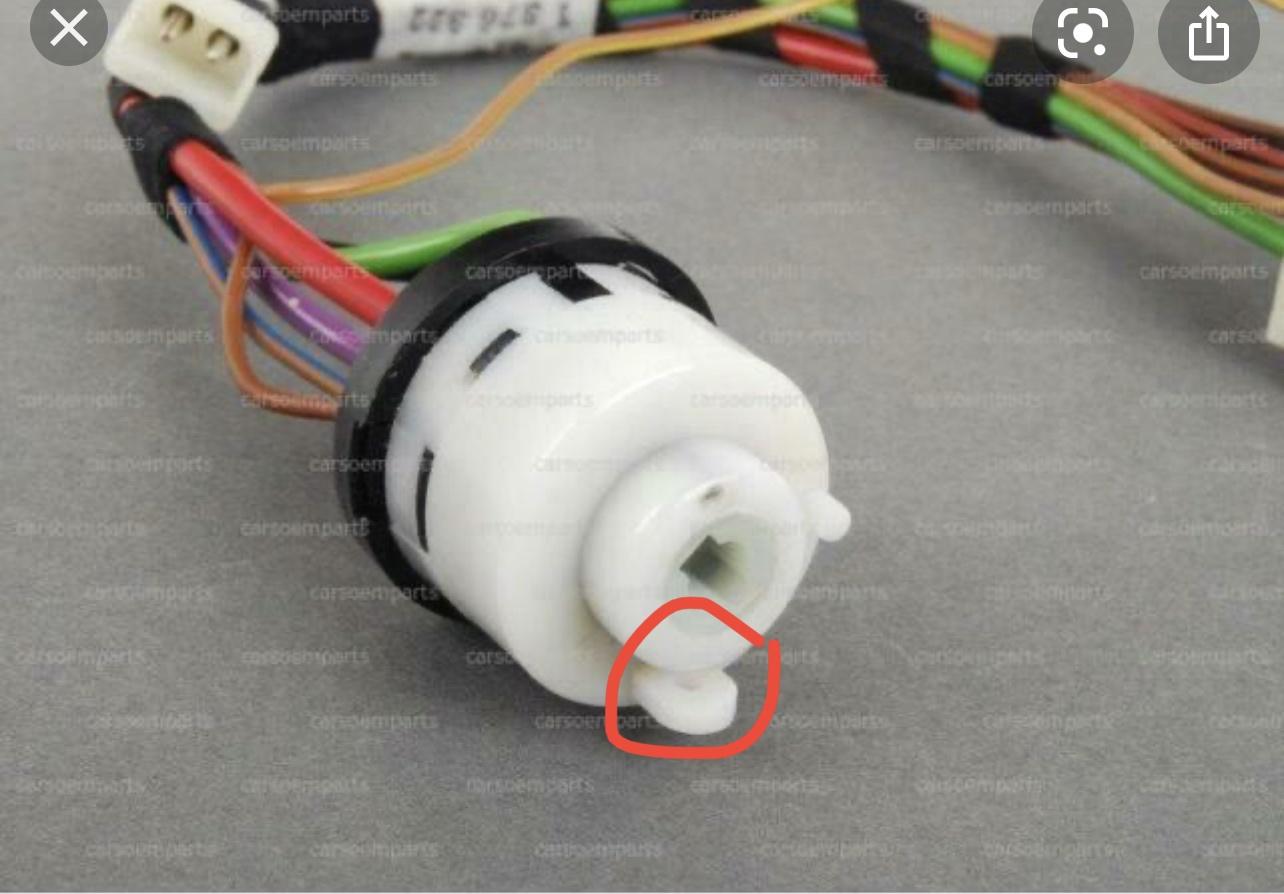 New switch went in after that and as I was already tired of waiting on parts, did not want to wait over a week for a screw that just holds it in place I used a small self tapping screw lol. Everything ended up working fine.
Only had to do all this since the grub screw was headless and didnt have a slot for a screwdriver.

I still couldnt get the ignition switch all the way flush for some odd reason, could be that the metal shavings from drilling out the grub screw fell in- i couldnt get it out after trying. Though its making contact with the key cylinder/lining up with the screw hole 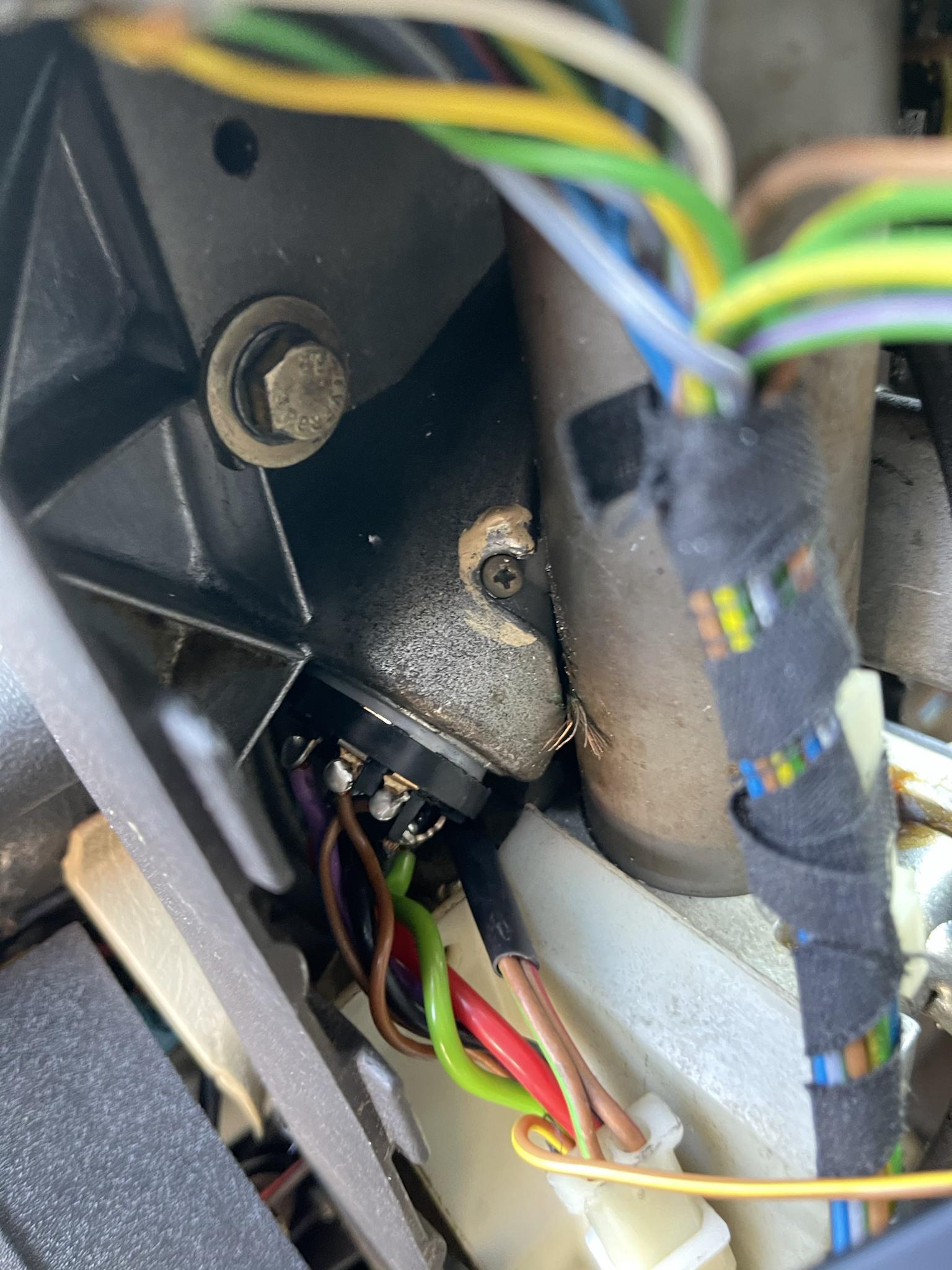 I would put a dab of locktite or even paint like the original on it to make sure it doesn't loosen up with time, but I think you're good to go!
Top

Good idea on the loctite ill prob end up doing that too. One good thing that come from all this was that the speedo on the car miraculously started working again
Top
Post Reply
7 posts • Page 1 of 1