I realized today I'm missing three sets of pieces for the sunroof mechanism. Either that or they are on that parts diagram by accident and aren't really used. The car I removed this mechanism from didn't have them installed (anymore?).
I went through some posts about sunroofs here and elsewhere but didn't catch these parts on any of the photos. Though, a lot of the pictures were gone or in photobucket.

These would be the parts in question: 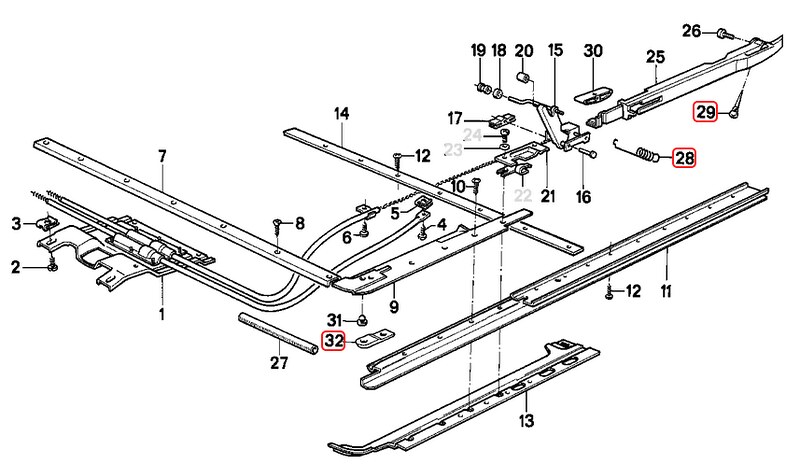 28 - a spring. Where would it be installed and what's the purpose?

29 - a rubber buffer. Same questions. Only fitting place I found for it was this hole in the gate 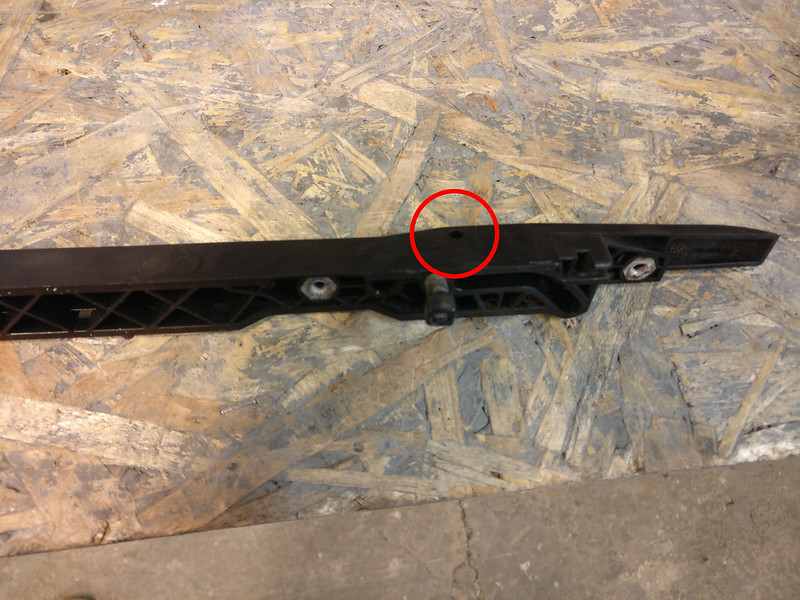 32 - a plastic spacer? This would be the only one of the three that's NLA so I hope I could do without it. Or should I figure out a replacement? Maybe some plastic washers?
Top 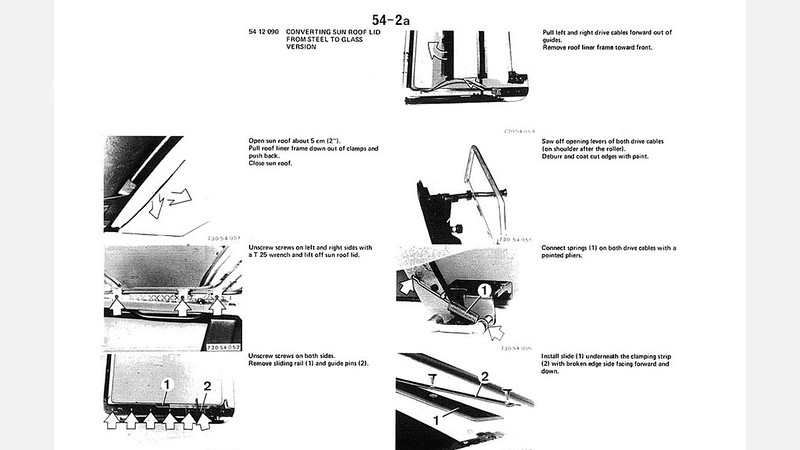 Edit: is it supposed to lift the rear section of the cover when sunroof tilts?
Top

Cars built after January, 1985 the spring is greyed out indicating that it is no longer fitted / used.

Cars built after January, 1985 the spring is greyed out indicating that it is no longer fitted / used.

Indeed, looks like they changed the whole mechanism in 85.

Did some more digging - there's at least three versions of that mechanism:
Realoem data is in accordance with BMW parts catalogue available from https://bmw-grouparchiv.de (AW-790-10)

Then I remembered there was a Saab moonroof conversion instruction pdf going around
http://e28-535i.com/upload/saab_moonroo ... _rev_b.pdf

From the photos I'd say this guy had the mechanism 'from 12/82 to 01/85'. He didn't have the spring before but installed them with the moonroof.

The helper springs are used on the BMW moonroofs but not found on the Saab assemblies. Are they necessary? No. Do they help? Don’t know.

For those using the springs (see “OPTIONAL PIECES”), this is how they attach.(The best I can figure, the springs help “flip-up” the roof panel into “rear-vent” position, but Saab didn’t use them...I guess it’s more of a German-Engineering thing...)

Here’s another close-up of the springs. It seems they were used prior to 1984.(Orwell directive??)


The photo I added to the last post was from a "Repair manual no 4. BMW 524td - 535i U.S. 11/85". The spring is only mentioned and visible under the section "Converting sun roof lid from steel to glass version". Then again some of the photos there clearly picture very early sunroof parts while the date on the document is 11/85...

I haven't noticed the springs on any of the photos I found online. Is it possible that these were only used for moonroof? Has anyone seen these springs installed with a metal sunroof on an up to 01/85 built date car?
Top
Post Reply
4 posts • Page 1 of 1