Hi everybody,
I've been working on a blade fuse retrofit kit for e28 fuse boxes for a number of months now and it's high time I made my own thread about it. I'm very close to a final version and will be posting updates here as progress is made.
I'd like to thank @cek for offering up his cars as guinea pigs - his input has been invaluable for improving the final product.
Quick specs:
Compatible with standard / mini / low-profile blade fuses
Works with both Euro and US cars
Lower total resistance and won't lose spring pressure over time
Indicator LEDs to identify blown fuses
Does require modifying the fuse box by removing the bullet fuse holders, but drops into the existing slots through the plastic
Fits under the stock fuse box cover

Here's a photo of the current prototype: 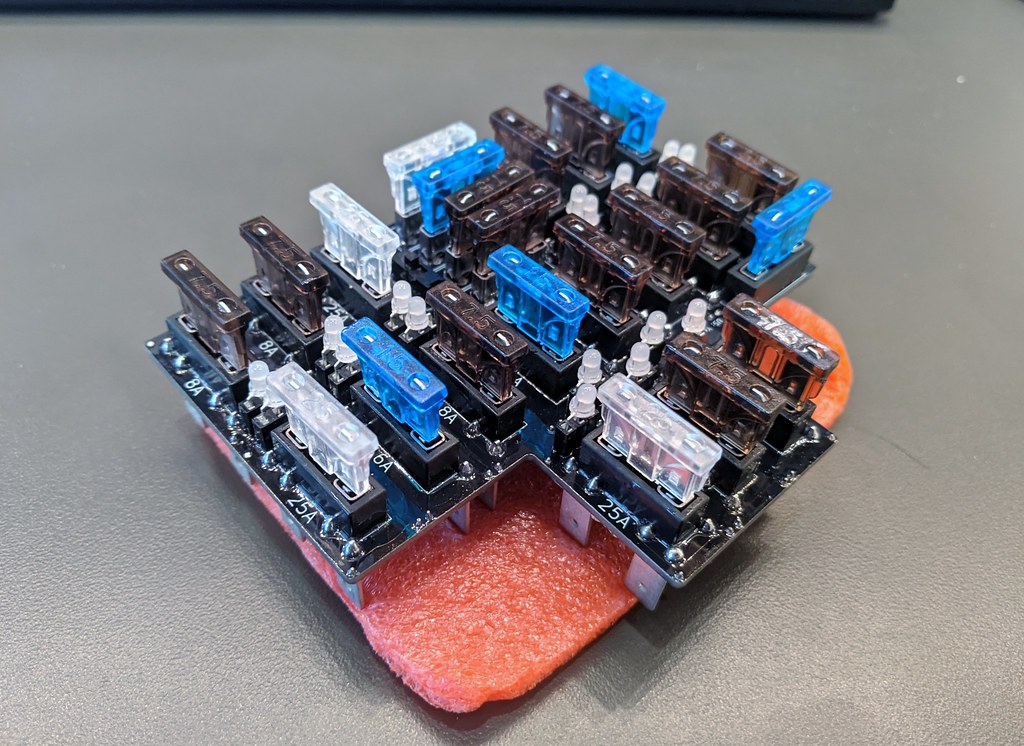 Let me know if you have any questions.
-Galahad
Top

I have installed various versions of prototypes on all three of my cars now:

- Minerva got the first prototype: 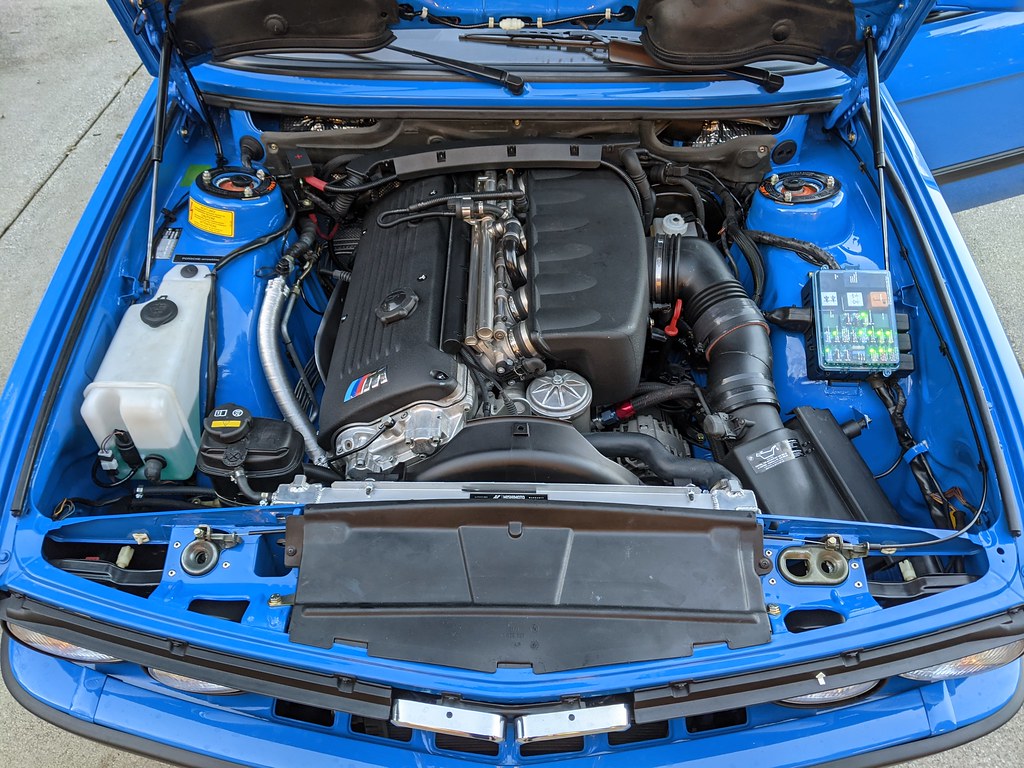 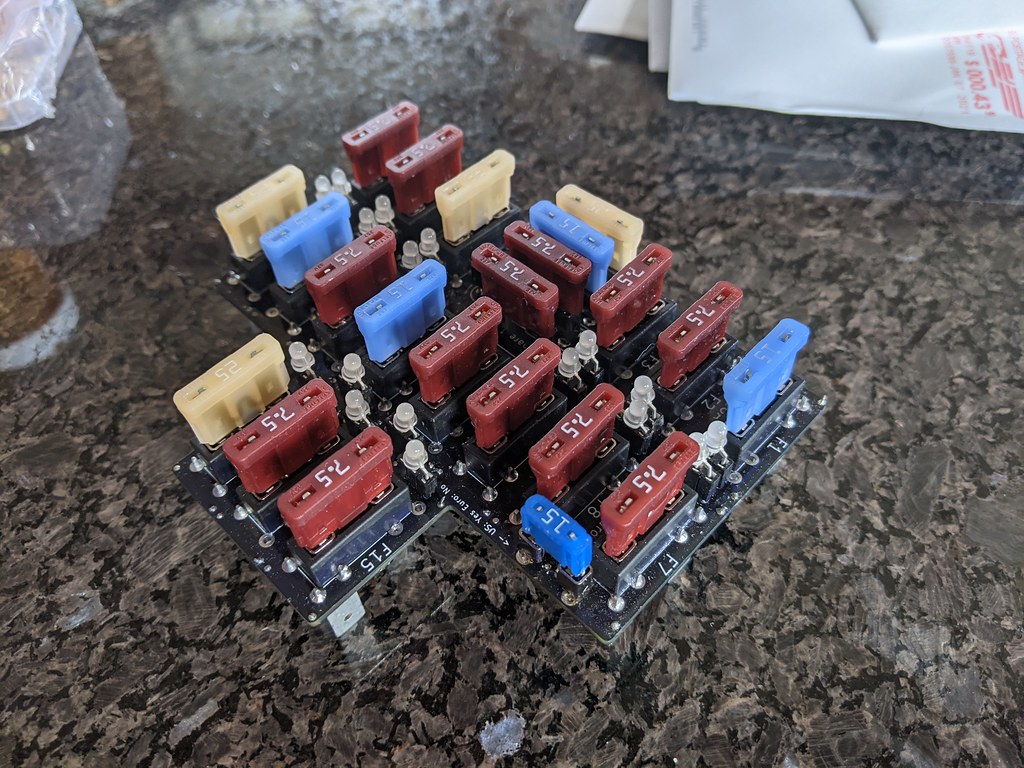 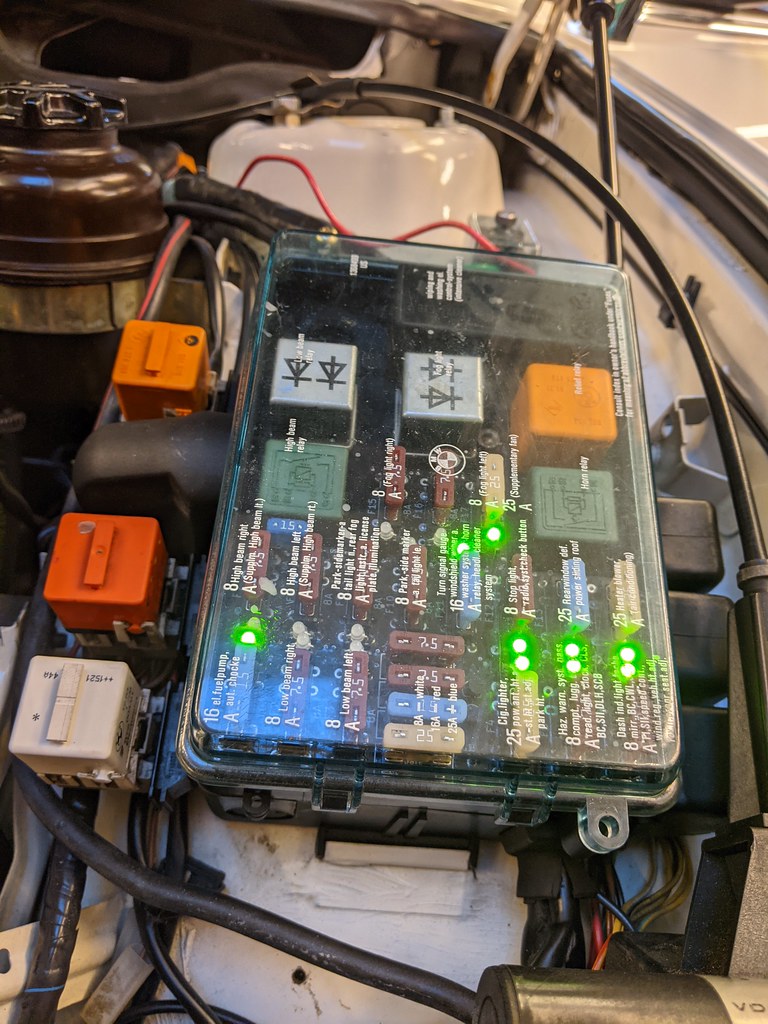 - And tonight I completed install of the 3rd in Vlad: 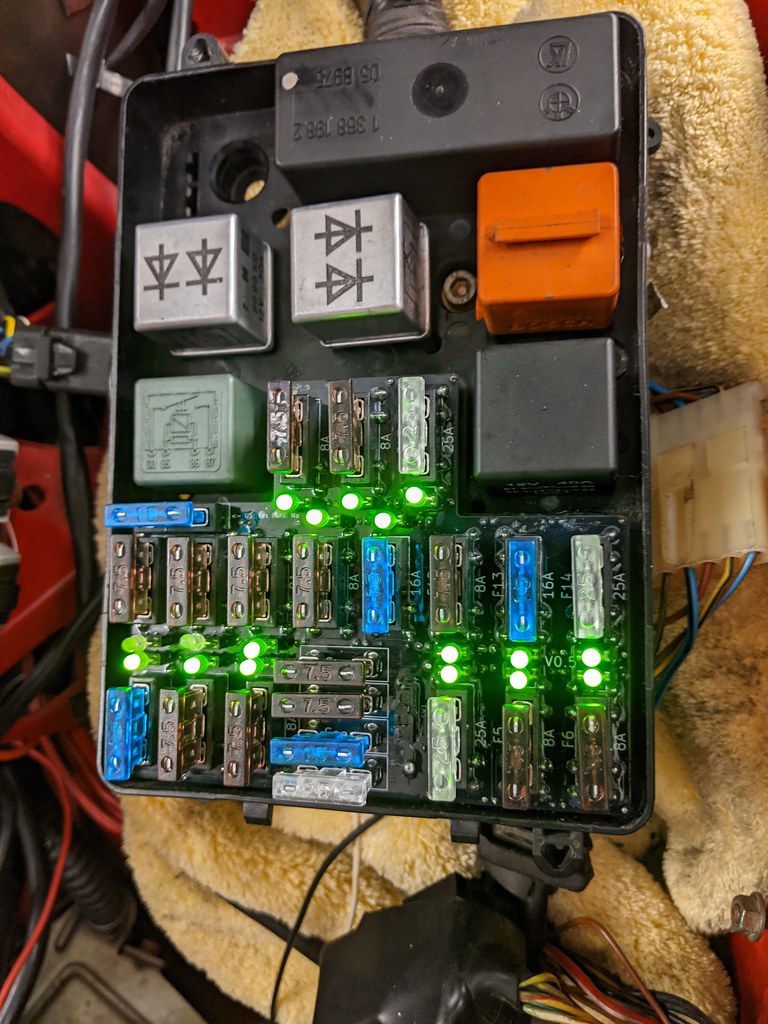 I timed the installation on Maytag and it took 2.5 hours, but I was taking pictures and documenting things for Galahad the whole time. Maytag's fuse box was in great shape (no melty). On Vlad, I spent close to 4 hours, but this is because the PO (and a younger me) did some pretty poor workmanship inside of that box that I decided to fix correctly while I was in there, and Vlad had a bunch of melty. I suspect when I put Galahad's final version on Maytag and Minerva it'll take me no more than 90 minutes each.

Here's a Flickr album with all the photos I took documenting both Maytag and Vlad's installs.

I've been giddy about this upgrade ever since Galahad reached out to me to see if I'd test it for him. I've investigated other ways of converting to blade fuses before, including using an E30 and/or E24 fuse box. In fact, I bought a new E24 box for Minerva and was originally going to re-do the wiring harness as part of the build, but decided it would be too much trouble.

Galahad's solution is very well engineered and he knows what he's doing. He seems like a swell guy too; quite unlikely to be an ax murderer or something.

Now that I've installed "prototype V3" my message to Galahad is "ship it". This thing is ready for prime time.
Top

Basic instructions: Detailed instructions: The hardest thing about installing this thing is ensuring you plug all the wires back correctly. Having tons of photos really helps because even though things are color-coded, the colors don't really match after 35 years.
Last edited by cek on Apr 08, 2021 12:52 PM, edited 1 time in total.
Top

Any ballpark on price yet?
Top

Looks amazing! Was looking at an e30 fusebox, but this looks much better (both in functionality and ease of installation)
Same question as Dale, what would be the price?
Do we know if this affects the vdrop that plagues several e28s?
Thanks for keeping the e28 alive and supported

I'll let Galahad comment further, but it should help.
Top

A couple people have asked about pricing - the design isn't finalized so I'm not going to make any definitive comments at the moment.

Yes, this will at least help those problems; the lower total resistance will reduce the voltage drop across the fuse. I'll be taking some data on e28s I can access to better quantify the difference. The fuse box melting is caused by resistive heating due to bad contact between the holder and the fuse, (un)fortunately neither of my cars have this issue so I don't have data for how bad the resistance can be right now.
Top

I'll take two, when ready. Mark me down.
Top

Very interested. Just waiting to hear at least ballpark pricing. As long as its not astronomical I will surely get one. Kudos to the both of you for this soon to be excellent contribution to the e28 community.

Interested for at least one kit. Add me to the list unless they are gonna be one zillion bitcoin...
Top

Mark me down for one.
Top

Mark me down for one as well.
Top

Hi.
Mark me down on 2 please.
Cheers
Sagi
Top

Neat-O, great work from both parties. Might as well have one...The better bullet fuses are getting harder to find.

In for one as well
Top
Post Reply
37 posts