General conversations about BMW E28s and the people who own them.
Post Reply
111 posts

Thanks again all…!
Top

Thank you again to all that put this on!
Top

A big tip of the hat to Eric who put this on.

Such a good time, seeing all the cars, but especially seeing all the people, old friends and new. Off the top of my head, in no particular order, Eric of course, Chris K, Darin, whose car won best 5er, Jeff, Logan, Sterling, Mike C who I haven't seen in ages and I thought had dropped off the face of the earth, LJ in from Nebraska/Iowa, Aaron from Pa, Charlie, George, George, Jay 3, Adam, Gary, Tyler, Kojo, Vince, Jason and many more. At least 30, maybe 40 or more cars. E28s dominated, not that I had one, but E34s and E39s were both well represented also. A number of ///M cars along with a couple of /// engine transplants. Adam seems to have taken over Eric's Road Warrior role, he was headed off to the Vintage after Reno.

Thanks Eric, Chris and everyone else that was involved in putting this together.
It was nice to see and catch up with familiar faces and meet new members and their cars, maybe again in 2022?
Top

Got back last night after a nice and hot drive down through the Eastern Sierra's. Will update shortly...
Top

It was great to see everybody again (along with some new faces!) after nearly two years of nothingness...

Big thanks to Chris Kohler for his work, although he needs to work on his database skillset...

Thanks to Vince and Charlie for some additional background support. And thanks to the participants for not only coming and having a good time, but for cleaning up afterwards. The Park Ranger said we were an easy group which is a big compliment (she enjoyed the lunch, by the way!). The venue turned out to be perfect with plenty of space, shade and trees.

Darin did win best of 5 Series. The rules of this vote was that you vote for the car you like. Period. No professional judging. Democracy rules!!!

I will start to mail out the rest of the t-shirts next week, I'm off to SF for a few days of relaxation and good food.

We'll have to think about next year. Reno is a place where the "perfect" weather (70-80s during the day) is somewhat limited. And it's best we work around the big tourist events (Hot August Nights, Reno Balloon Races, Reno Air Show, etc...) May-June and September-October would be the preferred slots. I'm glad everyone got to experience REAL Reno weather and not smoke. In fact, smoke creeped back in on Monday as if to say "OK your event is over...".

Thanks to Mike Coen for this pic!

Great event Eric and Chris. Glad i could get to it, wish i didn't have to head home sat right after the show. Congrats on winning best 'non-5er' Eric, you deserved it!
Mike
Top

Sounds like you guys had a great time. Any pics of the event for those of us who weren't able to be there?

Thanks everyone who registered and came to the event. It was fantastic. We had a great showing of some great cars. A nice variety of 5ers for sure. Of course, more importantly, great people. It was really great to spend time talking with people face to face that I haven't seen in quite some time, so that was much appreciated. I know there were some who wanted to make it but scheduling wouldn't allow. Sorry for that. I'm pretty sure from everything I saw, those that attended enjoyed it and were asking for another one, so that was nice.

I have to say thanks to Eric for having the idea and pushing forward with it. Sometimes you forget how nice these informal events are, but informal doesn't mean loafing around. I can tell you for sure that a lot of work went into it. Sure, I helped, but the amount of effort that Eric put into the planning for this should not go unnoticed. He's been to all of the events and I think took the best aspects and tried his best to implement them here. Trying to find a place to take 30 people for a meal is something, let alone a place with decent food. We didn't have our hopes up Thursday night

, but everything seemed to work out well enough. He went above and beyond to not only have an event but work to make it a good one that was worth traveling to. You can't really have an event without the people so thank you again for coming.

Congrats to Darin (MLastovo) for winning Best 5-Series (presented by Phyver Industries). I was really happy that he was so excited about this event from the get-go so it was nice to see him go home with the award. Of course, it was tough to make a decision on some of these cars.

Eric didn't mention it, but that E23 of his won Best Non-5-Series (also presented by Phyver Industries). It's not his fault the other cars that entered didn't show, but if you saw the car, probably the only way he wouldn't have won would have been to leave the car in his garage.

If I didn't already make it clear, I had a great time and I got to appreciate how pleasant a stock US 535is feels to drive long distances. I drove up through CA on 395 and came home through Nevada on 95 through Vegas and the car just ate up the miles. Never complained. Made it home by 3am Monday. Back to work by 7am.
Top

Well, this was a lovely event and way to spend a weekend. Thanks to those who organized it and everyone who brought their cars.

Wish I would have made the drive in my e28, but brought the e34 for comfort and it didn't let me down.

Snapped a few photos on hp5 and tmax with my little camera at the event and figure I'll leave them here. If there's a picture you want of your car or whatever and it's not letting you save full res, message and I can send it to you. There's a few more on my flickr: 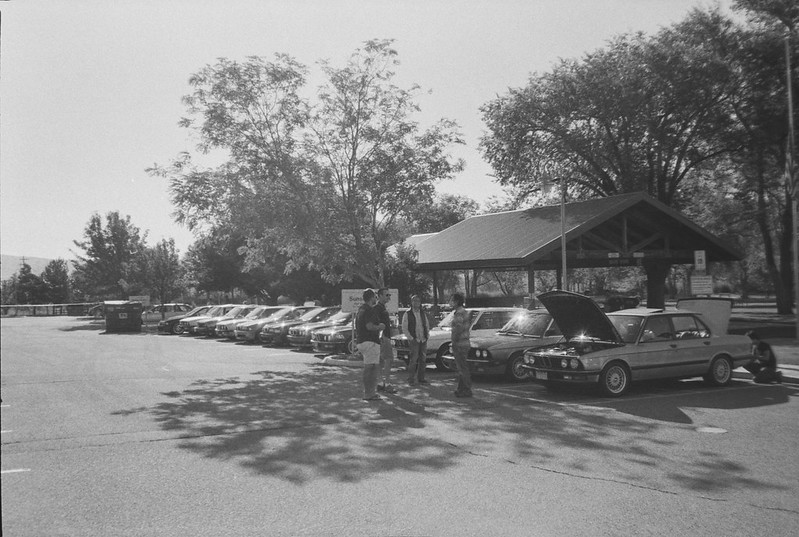 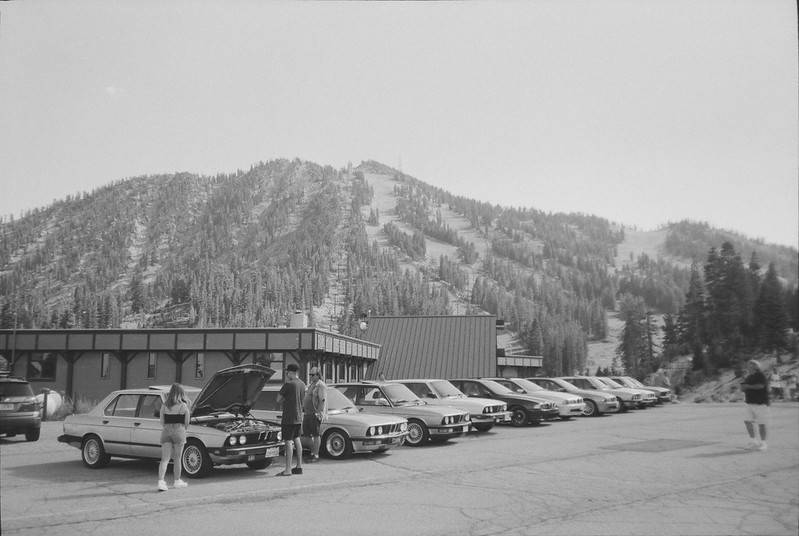 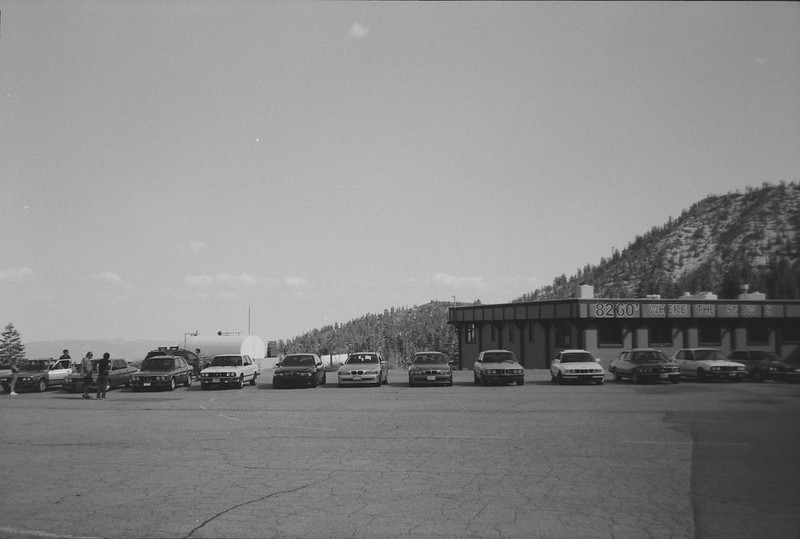 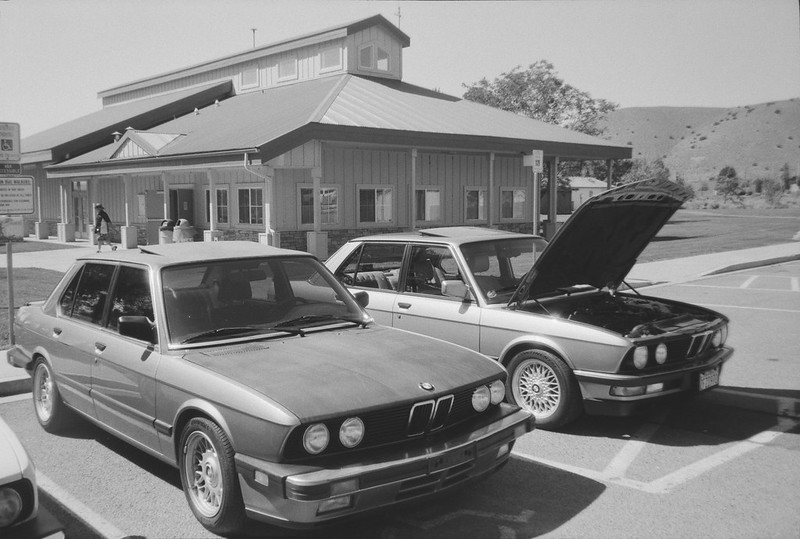 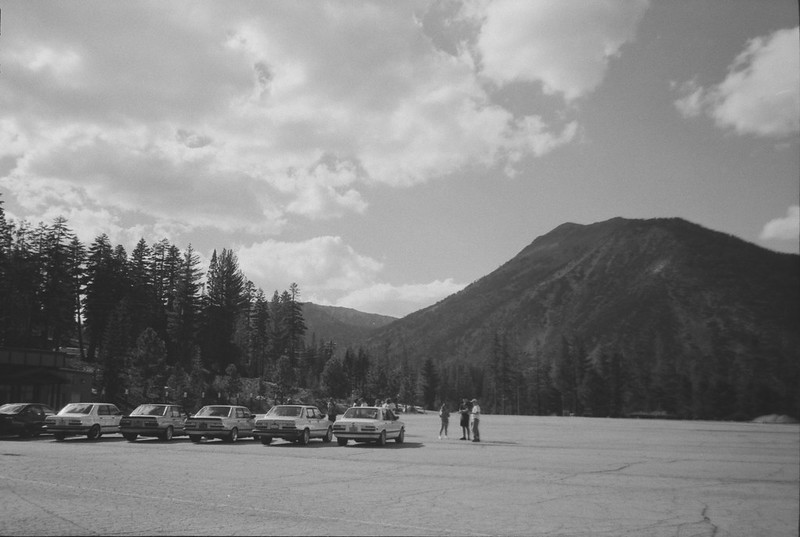 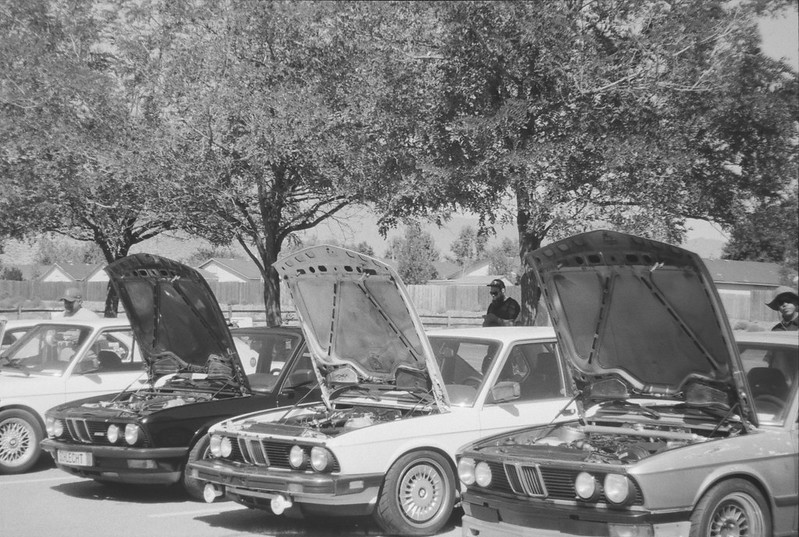 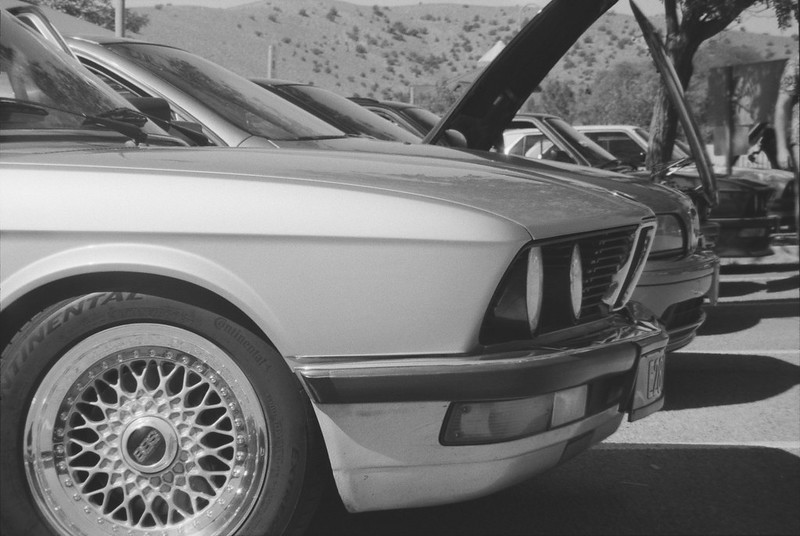 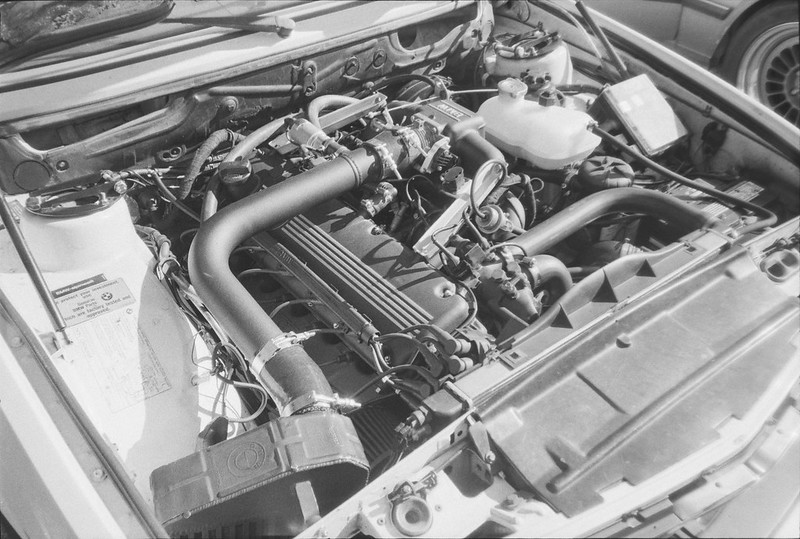 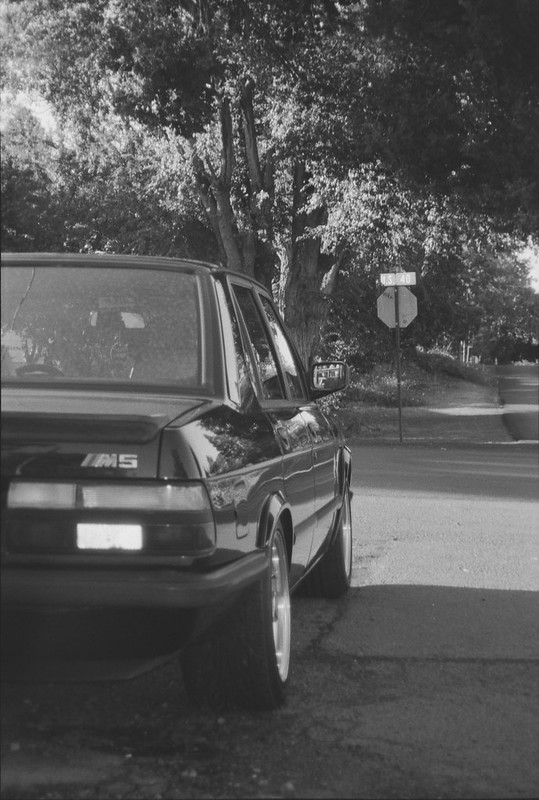 I know I usually do some really long day-by-day recount including the journeys up and back for events like this, but I think I want to just let the pictures speak to good time I had last week. I think it will be evident in the expressions on the faces of the folks in these that they too had a great time.

Again, the biggest "Thank You" to Eric and Chris for pulling this off this year; you rescued a lot of us from yet another summer without us having an excuse to get together under the BMW 5 banner. The success of this and a lean structure has given a bunch of us ideas we are working on for 2022.

First, I have to give a big shout-out to my E39. I had originally planned to have my interior project done on the E28 M535i by this event; a sort of unveiling amongst fellow 5 officiandos. I have a new-found respect for what BMW did with the E39 and specifically the M54B30 motor. While I have owned this car since 2012 and have driven 80K+ miles, I haven't really taken it on a very long trip before (one where you run at 6-8 hours at a stretch). I even managed to achieve 28 mpg on my return trip last Monday (and that included some around town driving once I returned to LA and with AC on the whole time). Even with 210K miles, that engine loved to run 80+ mph at 2800 rpm all day long without so much as a hiccup. Not to mention this car was very comfortable to drive that long as it ate up the asphalt by the miles.

So, now onto the event:

As many of you all know, this part of Northern CA and Western NV has been besieged by wildfires most of the summer. Two of the largest fires bounded just north and south of Lake Tahoe and had shrouded Reno in smoke and ash. However, this event was spared that as conditions changed and fire teams managed to gain some ground. They are far from over, but they are succeeding as long as conditions prevail.
On my way back I ran into the Cal-Fire Julian Battalion, all 11 Engines and 3 support trucks, on the move. I'd like to think that they were coming off the line and being relieved starting their long journey home (Julian is in the mountains in eastern San Diego, CA county), but as I was driving south after passing them in Lone Pine, CA on US395, I ran into a lot of smoke (the first and only I encountered the whole trip) from what I later learned was the beginnings of the current fire threatening the Sequoia National Park and their Giant Sequoia trees (https://inciweb.nwcg.gov/incident/7838/). So maybe they were just being re-deployed to join the new line. I hope they did get a break since they have been putting it all out on the line fighting the Caldor Fire. There is a special place in heaven for wildfire fighters, simple "thank you's" don't seem to cut it anymore.