Let me start by stating that I have no real desire to do this. However, I cant use the garage I have been working out of for the last 2 years, so my M5 project is somewhat in jeopardy. I have a new location that I can sign a lease for on Saturday, but the price is much higher than I want to pay so Im feeling out sale options. If I dont have a sale that works by Saturday Im going to sign a year lease with the landlord and commit to finishing the car.


All that out of the way, I have an M5 that Ive been slowly working on since I bought it off a board member back in 2019. The car overheated and damaged the head, gasket, and block. I bought the car with the engine out but still assembled with some new parts to get the job started. The PO was supposed to include a head that was supposedly being fixed up in OR but it has never been sent to me.

I since have had the car brought to LA, broke the engine down, had the block cleaned up + bore to first over (to match CP forged pistons from the PO), the crank balanced to the forged internals, flywheel lightened and balanced, found some beefy cams and a crackless dash , as well as tested the trans + dif + electronics/ecu to ensure they were all in order.

The car still needs to have the head redone + needs the forged CP rods to match the pistons to run.

On the cosmetic side, the body is straight albeit showing some dents that could easily be removed with paintless dent removal and will need a good multi stage waxing to get the paint looking great. There is some paint missing on the rear wing also. The interior is pretty straight overall, but the driver seat is blown out and the kick panel needs some love to stay in place.

Otherwise the car is in great shape. All the panel numbers match, the only part I can tell has been replaced is an early DOT-R on the trans. Trans has a new sprocket and assembly which has been tested to work smoothly just 2 months ago.

Like I said, I have to sign a lease with this garage by Saturday or he's moving to the next person on the list. So if I don't have money in my account by then I'm going to just bite the bullet and sign the lease. The car is in a safe, secure garage right now and can be kept there indefinitely, I just cant work on it or store any of the parts there.

Any serious buyers can shoot me a PM or email me at glenns0245@gmail. I have pics and video of it as well as all of the parts included. 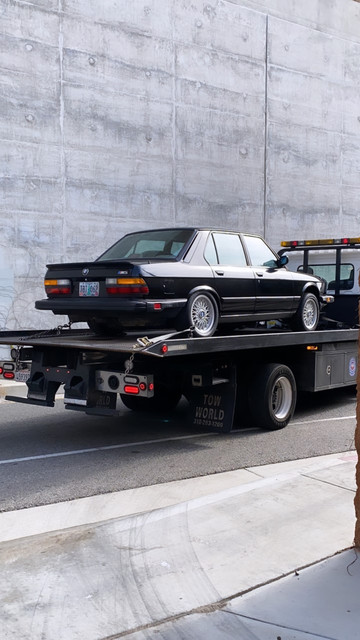 Hi,
Would you be willing to sell some of the engine parts like the pistons, rod bearings, etc