CAR HAS BEEN SOLD 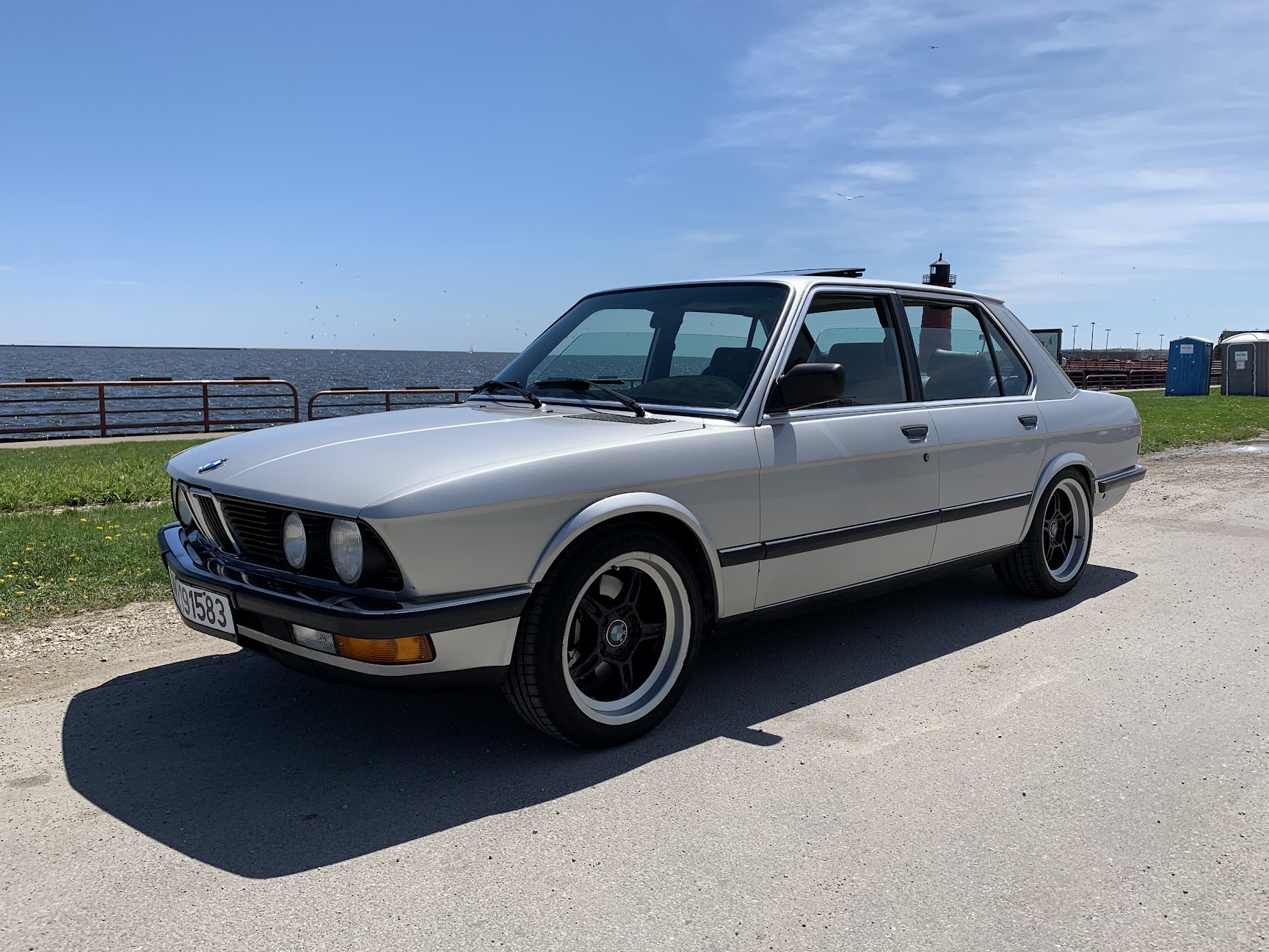 I will likely be moving across the country for work later this year; I love this car and have invested countless hours and a lot of dollars, but I also feel like I've accomplished just about everything I set out to do with it. It will be a lot easier to move without a third car and a bunch of parts to bring along, and I would also like to take on a project with a different flavor after the move is complete.

That said, I have a backup plan to bring the car with me and swap everything over to a clean shell or E24 if it doesn't sell. I also have a strange feeling I'll regret selling if it does sell. My asking price reflects this; I also must acknowledge that the E28 market is in a weird place right now. Real Euro cars are hard to find, and you could easily spend my asking price just accumulating all the Euro/rare/aftermarket parts on this thing. Over $30,000 in receipts will be provided with a sale. I have over $10,000 in parts receipts alone from my ownership as I do all my own work.

I want to be very forthcoming with this car's strengths and issues; overall it is in kind of a weird place. It is not a total rust bucket, but it is not a cream puff. I purchased it willing to accept its flaws with the goal of having a great driver that I wouldn't be afraid to put miles on; it is all that and more. I like the term “scruffy”; it wears its 300k+ miles with pride.

Someone ambitious could probably restore it, but it needs rockers, some repairs in the core support/battery/ABS area, and paint at a minimum. An enterprising new owner with the gumption to do that could do a proper restoration on this and likely make their money back to have a ~$30-40k car.

Another option would be to find a clean southern U.S. shell (or something like a clean Euro 518i) and swap all the Euro/performance/rare parts over. The individual parts that make up this car are EASILY worth my asking price relative to buying everything individually. This is what I intend to do if it does not sell.

Finally, there is no reason not to just keep the car together and drive the wheels off of it! It gets looks, compliments, and thumbs up everywhere it goes, and people seem to appreciate that the car is a little scruffy and is clearly driven regularly. My intention was to start taking the car to HPDE and hill climb events and continue having fun with it until I found a clean shell to move everything over to. But, with the move, I figured I would at least try my hand at selling it.

There is a very detailed thread in Eye Candy that covers my ownership of the car if you would like to know the whole story. Otherwise:

Per BMW Classic group archives: "VIN 1255321 was manufactured on July 03rd, 1985 and delivered on July 10th, 1985 to the BMW dealer Eber in Heidenheim/Brenz, Germany. The original colour was Polaris metallic, paint code 060."

- Car runs and drives excellent, and is very fast. Needs absolutely nothing mechanically. Virtually everything has been rebuilt or replaced during my ownership.

- Rock solid reliable. I drove this car to California and back in 2018; only failure was a crank sensor (which I replaced on the side of the road).

- M30B35 was purchased as a ~212k runner with a blown head gasket; disassembled to the short block and re-sealed before installation, with all new timing components, oil pump rebuild, etc. Head was fully rebuilt with new parts by Extreme Speed Cylinder Heads in Oak Creek, WI.

- Getrag 265 gearbox was fully re-sealed when removed. Does NOT have the dreaded "death rattle" and shifts about as well as a G265 can (very "mechanical" feeling, but no grinds or notchiness).

- Car is set up for easy Megasquirt or other standalone install with E34 Motronic 1.3 running and a harness from an auto car with variable TPS.

- Lots of very rare/valuable parts. Car could easily be parted out for more than my asking price:

- Sale will include many bins of spare parts I have accumulated in my ownership.

- Clean Wisconsin title in my name.

* Both front rocker jack points are crunched
* Car has scratches and dents from being left in a backyard for a few years, seemingly with stuff on top of it
* Paperwork prior to year 2000 was lost before my ownership
* Owner before me drove it in the winter (in Indianapolis)

- Car is a "10 footer". Was repainted once prior to my ownership; car now has many rock chips in addition to the scratches and dents created by previous owners and is probably due for paint again.

- Exact mileage on body is unknown. The original odometer broke around 280k; a previous owner elected to replace the speedometer assembly with another used one instead of fixing the gears. Then, the replacement broke (I have now fixed it). Estimated mileage on the body is ~350k based on the paperwork available and my own mileage put on the car (about 25k).

- Car was in a fender bender in the early 2000's. No frame damage, but evidence of core support repair is visible.

- Car has rust in the following areas:

- Coolant temp gauge in the cluster works when it wants to. I have replaced the sender and re-flowed the solder joints and it still randomly comes and goes. The VDO gauge works 100% all of the time (and is actually calibrated) so I just rely on that.

- While current Wisconsin title is clean, Carfax shows a record of a title brand in South Carolina for inaccurate mileage.

Please note that the car does NOT have a catalytic converter equipped and the Supersprint exhaust will require one to be retrofitted to pass emissions in any area where a sniffer test or visual inspection is required.

This car has been SOLD. Congratulations to the new owner, I will miss it!
Top
Post Reply
2 posts • Page 1 of 1